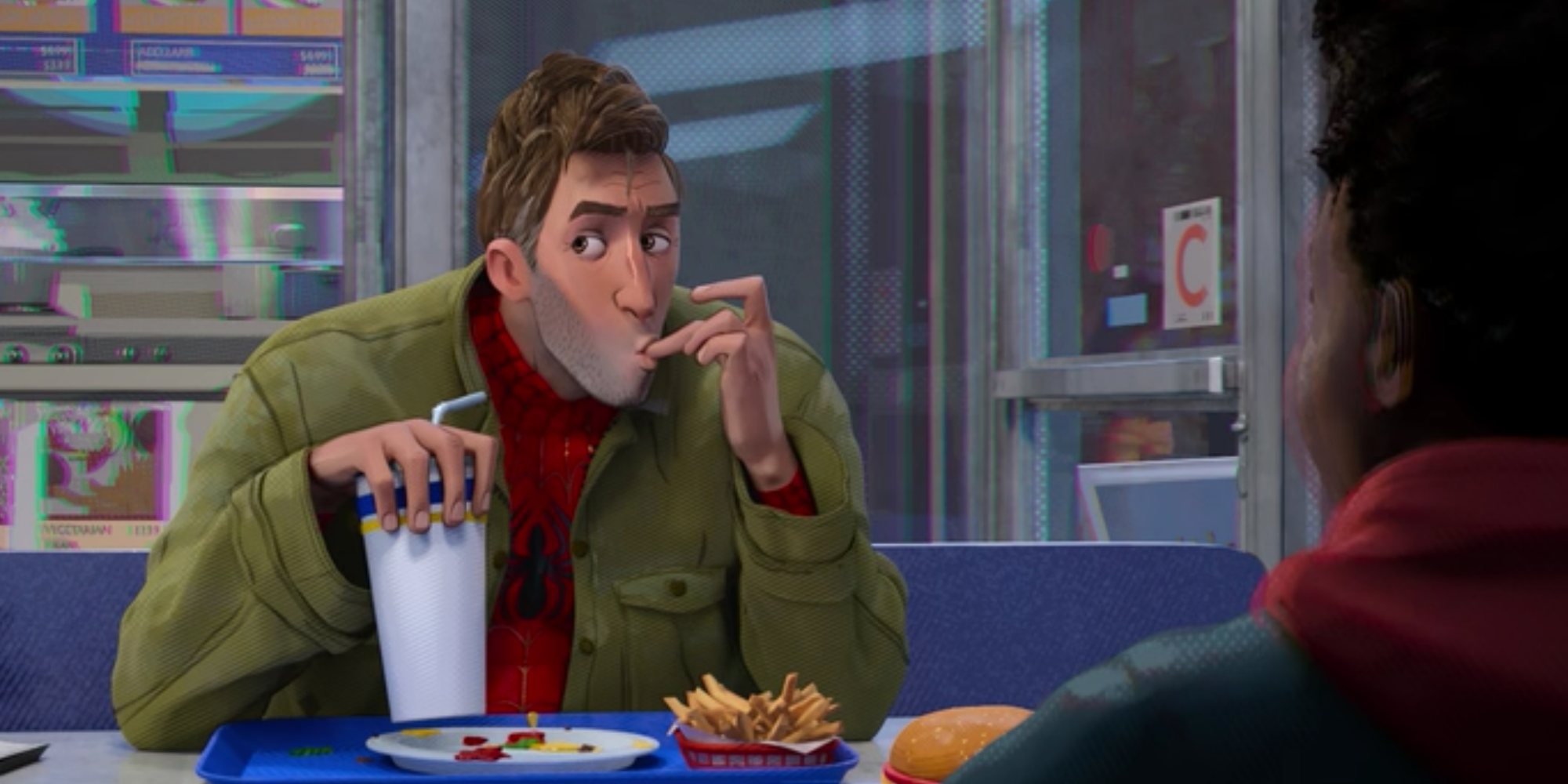 Actor Jake Johnson says his world-weary character, Peter B. Parker, is in negotiations to return in Spider-Man: Into the Spider-Verse 2.

Actor Jake Johnson says his character, Peter B. Parker, is poised to return in Spider-Man: Into the Spider-Verse 2. Sony’s 2018 animated superhero movie follows Miles Morales (Shameik Moore) inheriting the Spider-Man moniker after being bitten by a radioactive spider. If his familiar origin story wasn’t enough, Spider-Man: Into the Spider-Verse also sees Kingpin open portals to alternate universes, pulling different versions of Spider-Man into Miles’ world. Perhaps the most relatable of these “Spider-Men” is Peter B. Parker, the sweatpants-wielding, overweight, and jaded hero who becomes Miles’ mentor.

Through Peter B. Parker’s adventure with Miles, his belief in the superhero gig is restored; therefore, he leaves Miles’ universe with the intention of fixing things at the end of the film. As Peter B. Parker, Johnson brought the signature comedic and heartfelt persona fans have come to associated him with via New Girl’s Nick Miller. As Spider-Man: Into the Spider-Verse’s multiverse concept is seemingly embraced by every superhero-related studio, Spider-Man: Into the Spider-Verse 2 entered production last year. The sequel is said to focus on the relationship between Miles and Spider-Gwen (Hailee Steinfeld). If Gwen Stacy can return from the multiverse, so can one very particular pizza-loving webslinger.

Related: Spider-Man: Into The Spider-Verse 2 – What We Know So Far

During a conversation with The Movie Dweeb, Johnson gave an update on the status of Peter B. Parker. The actor said that negotiations are going well and he should be voicing the character again in the Spider-Verse sequel. Read what Johnson had to say below:

“I’ve been working on a contract,” he said. “I believe Peter B. Parker is making a return…All I know is that I heard nothing for the longest time and I was very sad. I really loved playing Peter B. Parker. I would like to know what happens with Peter B. Parker. I think the way his journey ended in the first movie was very open-ended. So, when I got word that they were working on a deal or figuring it all out, I thought I truly can’t wait to see what the writers came up with.”

Peter B. Parker is a beloved aspect of a film many hail as one of the greatest superhero films of all time; which won Best Animated Feature at the 2019 Academy Awards. That said, word of Johnson’s return is certainly reason to celebrate. Johnson has previously talked about being interested in seeing Peter B. Parker, who likely got back together with Mary Jane, balance fatherhood and his responsibilities as Spider-Man in Spider-Man: Into the Spider-Verse 2. That said, it’s not a stretch to imagine Johnson’s character giving Miles and Gwen quirky relationship advice.

In addition to probably featuring Johnson, Moore, and Steinfeld, Spider-Man: Into the Spider-Verse 2 will see Issa Rae join the cast as Jessica Drew/Spider-Woman and, presumably, Oscar Issac as Miguel O’Hara/Spider-Man 2099—something set up by the first film’s post-credits scene. Peter Ramsey, who directed the original, is executive producing the sequel which is slated to release on October 7, 2022. There’s also talk of a TV spinoff, giving Johnson even more opportunities to reprise his role in the future.

More: Every Superhero Movie Releasing In 2022

Masi Oka on the Difference Between Japanese and American Voice Acting