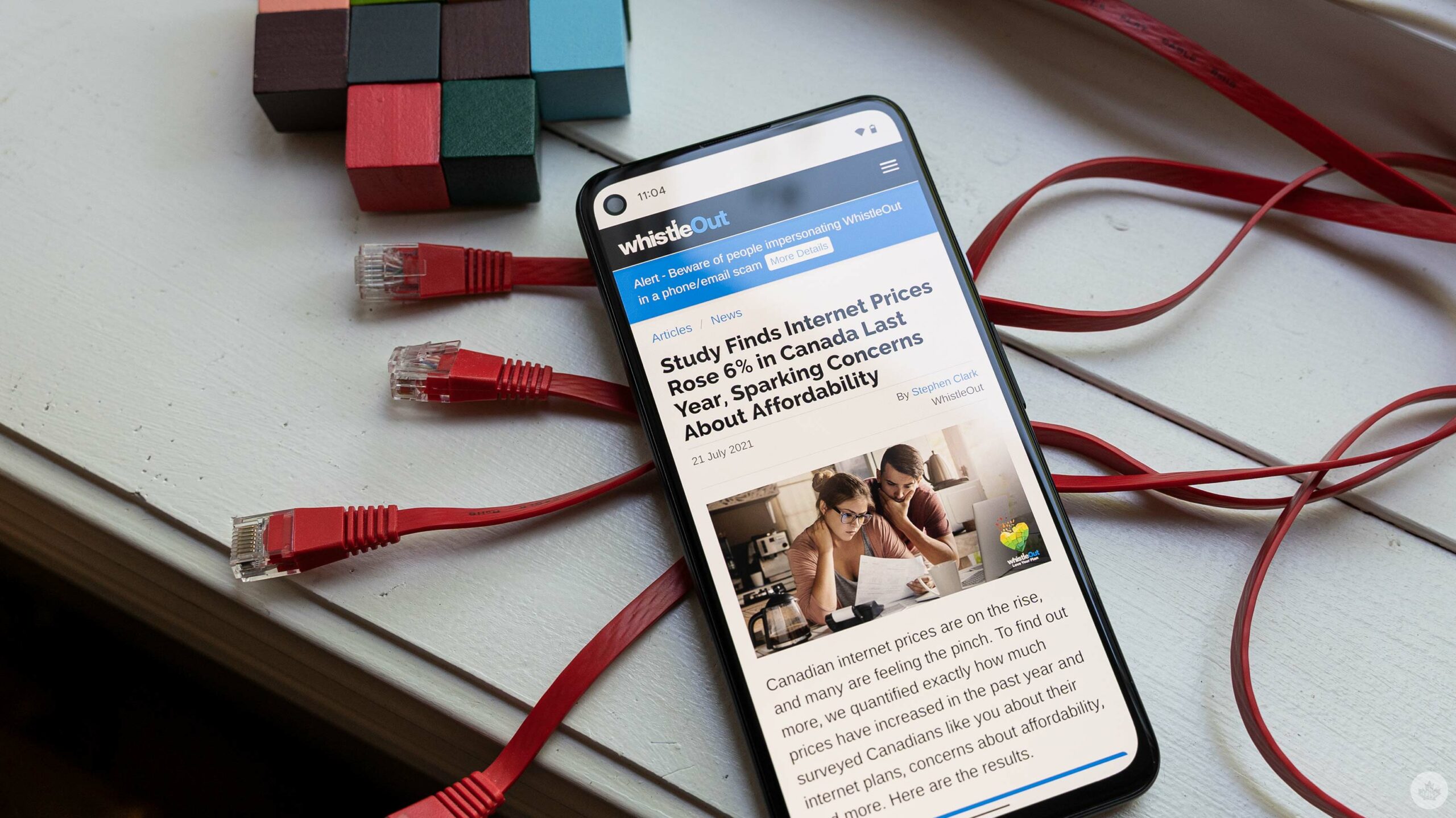 Canadian internet prices rose roughly six percent over last year as customers claim they pay too much and get service that’s too slow.

According to a study from WhistleOut, a search tool designed to help find more affordable wireless and internet plans, Canadians pay on average $102 per month for home internet. That number is a fair bit higher than the $25 to $85 per month cost 73 percent consider reasonable for internet.

Additionally, 58 percent of Canadians say their internet plan is overpriced, while 31 percent say their plan is too slow.

Despite already paying high costs for internet in Canada, prices increased on average 6.42 percent over the past year, with high-speed plans going up an average of 4.31 percent. WhistleOut says it based high-speed off the CRTC’s target of a minimum download speed of 50Mbps and upload of 10Mbps.

Upgrading or switching plans can be frustrating and confusing

The WhistleOut study also looked at the struggle of upgrading or finding new internet services. 41 percent of respondents said they use the same provider for internet and mobile services and 26 percent bundle services, which makes switching more difficult.

WhistleOut says 23 percent of Canadians have upgraded their internet plans since the beginning of the pandemic, and 23 percent more plan to upgrade this year. However, 31 percent of respondents had trouble finding internet plans in their area. When looking for plans, 62 percent reported feeling frustrated and 55 percent felt confused.

Nearly a third of respondents weren’t aware that most internet service providers (ISPs) advertised introductory pricing and that prices would increase after one or two years. After learning about introductory pricing, 19 percent still weren’t sure whether they were currently paying those rates.

Reseller ISPs could help lower costs, but many Canadians aren’t away of them

Finally, WhistleOut suggested that reseller or independent ISPs could help lower prices. Reseller ISPs purchase access to major networks operated by Rogers, Bell, Telus and others at a set wholesale rate and then resell that access to customers. However, 58 percent of Canadians weren’t aware of reseller ISPs. Additionally, 43 percent said they have used or would be open to using reseller ISPs, while 35 percent cited concerns with switching to a brand they don’t know. 29 percent said they would be concerned with slower speeds from a reseller.

Circling back to WhistleOut’s study, the company said that 91 percent of respondents were worried about prices continuing the increase — something that seems almost certain given the CRTC decision.

WhistleOut conducted an anonymous survey of 500 Canadians that asked their opinions about internet services and prices. Further, WhistleOut noted that for price analysis information contained in the study, it sourced data from ISP websites and the Wayback Machine to compare past pricing. When data wasn’t readily available, WhistleOut said it reference MobileSyrup reports on internet pricing.