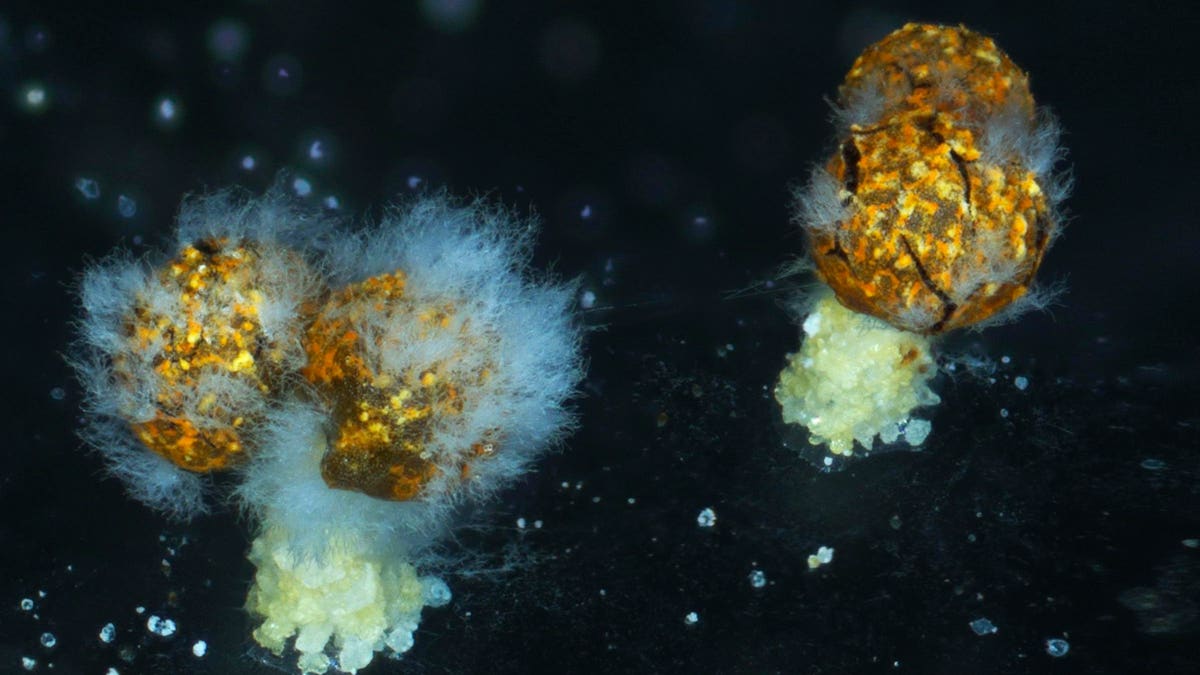 You’ve probably seen headlines lately about amoebas, slime molds and other single-celled organisms doing complex problem-solving, thinking and decision-making. You may be tempted to dismiss it as anthropomorphism. Are scientists wrongheadedly attributing human characteristics like intelligence to simple brainless organisms?

“When people say we’re anthropomorphizing, I say, you’re using a term that doesn’t exist in modern science. There’s no such thing anymore,” says Michael Levin, developmental and synthetic biologists at Tufts University and senior author of a new study on problem-solving slime molds. “What does that word actually mean? It means that humans have some magical ability, right? And that we’re inappropriately allowing that something else has this magical ability. It’s almost pre-scientific thinking. I just don’t see it as a supportable worldview anymore.”

Levin’s study published last week shows a slime mold, a brainless blob called Physarum, sensing cues in its environment and making a decision about where to grow. The findings suggest it’s “able to build a picture of the world around itself using a kind of sonar. It’s a kind of biomechanics,” says Levin. “It’s sitting on this gelatin and it’s sensing the way that all the objects around it are putting strain on that gelatin. By watching those mechanical signals it figures out where the different, bigger and smaller objects are, and then it makes decisions which way it’s going to crawl.”

An important feature in the study’s design is that there was no food used in this experiment. Previous studies demonstrating Physarum learning and memory use food (smell and taste), also called chemical sensing. Levin’s study shows the slime mold relies on another sense. It uses touch to detect objects at a distance.

It’s only good science to ask whether there could be any other explanation than thinking. Unlike a compass that may spin and then point north, Physarum are capable of processing memories of past experience with competing sensory inputs in real-time and doing computations that can and do change how it will respond.

“Here’s what it’s definitely doing,” Levin offers. “It’s definitely doing decision-making. Because out of the different options in its environment, it always chooses to go towards the bigger distribution of mass.” In addition to decision-making, it’s also sensing and processing information. “For the first few hours, before it grows out in any direction, it’s acquiring information and figuring out which way it’s going to go.”

If you feel an urge to push against these claims, Levin thinks this may be more of a psychological or semantic hang-up. How much work are you prepared to do to parse apart thinking from the acts of processing information, problem-solving and decision-making? And how much reticence may be attributed to our psychological need to preserve thinking as a sacred human privilege? “If you don’t call it thinking, then you’re going to have a very hard time saying what it is [that] human brains do when they’re thinking.”

In his 1962 classic The Structure of Scientific Revolutions, philosopher of science Thomas Kuhn wrote: “…scientific revolutions are inaugurated by a growing sense, again often restricted to a narrow subdivision of the scientific community, that an existing paradigm has ceased to function adequately in the exploration of an aspect of nature…”

In many fields, the existing paradigm hasn’t been functioning adequately in exploring certain aspects of nature. “When I talk about learning, I mean learning. When I talk about memory, I mean memory,” insisted evolutionary ecologist Monica Gagliano about plant behaviors when I interviewed her for my 2018 article, A Mind Without A Brain: The Science of Plant Intelligence Takes Root. Galiano was frustrated after appearing on the popular science show Radiolab. At the end of the show, the producers and a plant biologist suggested Galiano is speaking in poetic metaphor when she talks about her experiments with plant intelligence, even though no credible scientist interprets their results metaphorically.

Galiano, Levin and Levin’s colleagues Donald Ingber, Director of Harvard’s Wyss Institute for Biologically Inspired Engineering, and Nirosha Murugan at Algoma University in Canada, are among a growing number of researchers across scientific disciplines and the globe who are observing behaviors in brainless organisms that are increasingly hard to justify as purely mindless and mechanical, thereby pushing against the boundaries of the old scientific paradigm.

But Levin doesn’t believe this is anything groundbreaking. “I really want to make sure that it doesn’t sound like I’m claiming something that other people don’t know. There’s a very large community of people studying basal cognition, soft body robotics, active matter, there are all kinds of people who know this.”

Levin thinks the resistance Galiano received was because she was talking about plants. Based on his own experience, Levin’s research is either considered mainstream or controversial, depending on where he finds himself on campus. “I always know what department I’m giving a talk in based on which part of my talk makes people angry. And it’s always a different part because you can say things to a neuroscience audience that are obvious but if you say the same thing to a molecular geneticist, they throw tomatoes. And you can say things to a biologist, that if you go over to the soft robotics or the regenerative medicine doctors, they’re like, yeah, no problem, and the biologists are going crazy saying it can’t be.” So why is science so specialized and siloed? Levin renounces it. “Since when does nature have departments?”

There’s no question that a clear demarcation between unintelligent and intelligent life would be easier for humans to accept. “It worked well when we had this creationist view of the world,” says Levin. “There’s just no way to do it scientifically.”

Levin notes that brains may not be the only intelligent thing occupying the human body. When he mentions cell behavior, it prompts my obvious follow-up: is every cell in the human body thinking? Without hesitation, Levin replies, “Cells are most certainly thinking if we keep in mind that thinking is a continuous variable. Are they thinking like humans? Of course not. Do they have the same hopes and dreams that humans have? Absolutely not. Are they doing a small version of what we are doing? Most certainly, yes. All the cells in your body are doing it.”

Stay tuned for part two on cyborgs, hybrots and the implications for artificial intelligence.

For related content, watch Levin’s TED talk on the electrical code of cells that could end cancer and aging:

Denial of responsibility! TechCodex is an automatic aggregator of the all world’s media. In each content, the hyperlink to the primary source is specified. All trademarks belong to their rightful owners, all materials to their authors. If you are the owner of the content and do not want us to publish your materials, please contact us by email – admin@techcodex.com. The content will be deleted within 24 hours.
BiologyGalianoGrowingScientific Consensus: Intelligent Beings Without BrainsHarvardLevinMichael LevinsyntheticTufts
0
Share

PS5 Gets A Very Small Console Redesign, But Don’t Get Too Excited