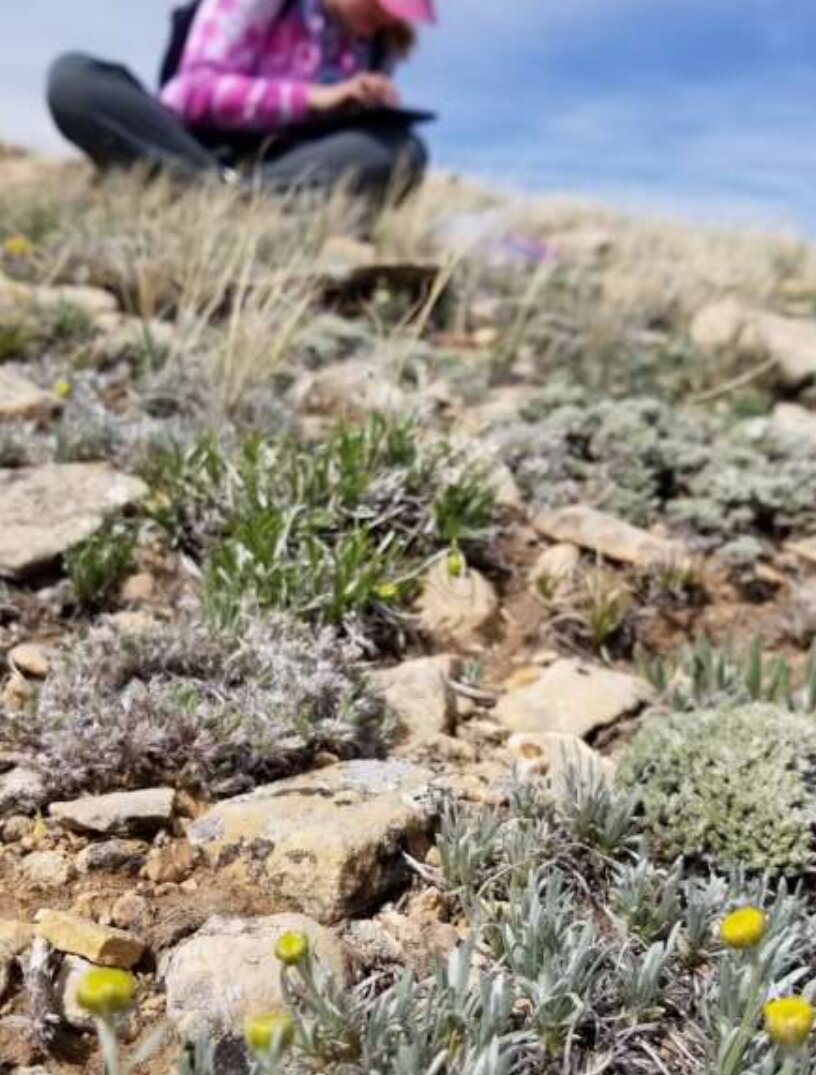 A rare species of sagebrush found only in southeast Wyoming survives primarily through pollination by bees, according to new research led by a University of Wyoming graduate student.

That makes the Laramie chickensage unusual among the hundreds of species of sagebrush, most of which are primarily pollinated by the wind, according to the research published in the Nordic Journal of Botany.

Madison Crawford, a recent UW master’s degree recipient from Newcastle, led the research. She also holds a bachelor’s degree in botany from UW, where she was an undergraduate Wyoming Research Scholar in 2017-19. Co-authors of the paper are Lusha Tronstad, lead invertebrate zoologist, and Joy Handley, an assistant research scientist, both with the Wyoming Natural Diversity Database at UW.

The Laramie chickensage is found only in the foothills of the Laramie Range, Shirley Basin and Shirley Mountains of southeast Wyoming. Listed as a sensitive species by the Bureau of Land Management, the plant features large, showy, yellow flowerheads, unlike the vast majority of sagebrush varieties.

The scientists theorized that the showy flowerheads might attract insect pollinators, and that’s what the research showed. While the Laramie chickensage is partially wind-pollinated, some 61 percent of the viable seeds produced by the plants in the study were from insect pollination.

“Despite ideal environmental conditions for wind pollination, we think that pollen transported by insects is needed to produce the most seeds,” the researchers wrote.

The scientists also trapped and identified a variety of bees at those locations, then collected pollen from the insects.

Previous research covering a broad range of plants has shown that pollination by insects and other animals is more widespread than wind pollination. When plants transition from animal to wind pollination to compensate for changing environments, the plants display both pollination mechanisms.

“We observed that (Laramie chickensage) shows more animal than wind pollination, which may suggest that this plant is in a transitional period and is adapting to a changing habitat,” the researchers wrote.

They suggest that similar research should be done to help inform management decisions for other types of rare plants.

“We demonstrated that assuming a plant is pollinated the same way as other members of the genus can be misleading, and we urge others to investigate the pollination of rare and endemic plants,” they wrote. “The widespread decline of pollinating insects makes this need even more urgent.”

Pollination by birds can be advantageous

Marvel Snap is 5D chess in six minutes or less