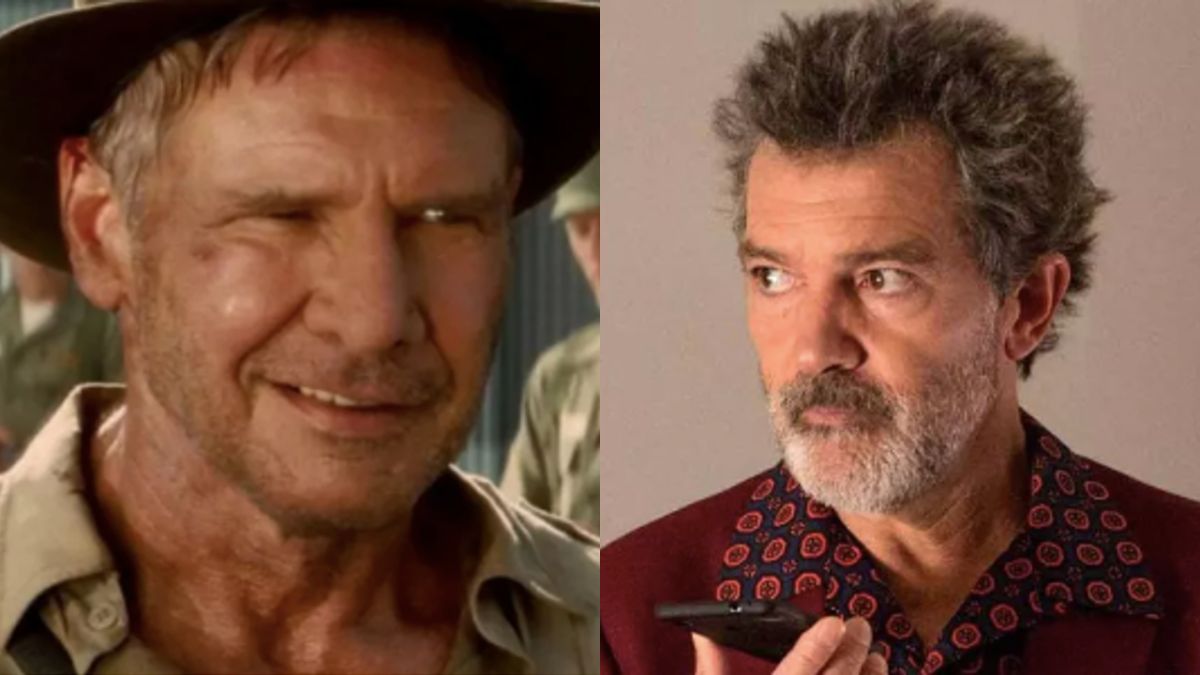 Indiana Jones is one of the most iconic action/adventure protagonists of all time. Harrison Ford embodies the character with insane high-level stunts and humor to further entertain audiences. The Legend of Zorro’s Antonio Banderas may be a memorable actor himself for playing a masked, sword-slinging hero, but it doesn’t mean seeing Indiana Jones right in front of him doesn’t make him feel like a fan again. With Antonio Banderas having been brought into Indiana Jones 5, he talked about what it was like seeing Harrison Ford on set.

Antonio Banderas is part the Indiana Jones 5 cast. While we have no idea if he will be a friend or foe to our favorite archeologist, it’ll still be a real treat to see him there. At the Tribeca Film Festival premiere of his new movie Official Competition, Entertainment Tonight spoke to Banderas about what it was like to meet Harrison Ford as he wore his full Indiana Jones apparel on set. Banderas responded:

While it was once unclear over whether or not we would get a fifth Indiana Jones movie after the fourth installment, now it is definitely happening. It’s been 14 years since Indiana Jones came back to the big screen in Indiana Jones and the Kingdom of the Crystal Skull, and even though this sequel didn’t live up to many fans’ expectations, it should still come as no surprise that we’d be getting a fifth movie. It seems like a growing trend to revisit ‘80s classics like Top Gun: Maverick. With Maverick breaking box office records for Paramount and Tom Cruise, we can only hope to see the same results for Indiana Jones 5 and Harrison Ford.

Indiana Jones 5 has been in development ever since 2016, but has hit a lot of major obstacles. The movie was once going to be released this July, but Disney shifted its release date ahead 11 months. Steven Spielberg also stepped down from his role as director and was replaced by Ford Vs. Ferrari director James Mangold. This is Us’s Dan Fogelman will be the film’s new screenwriter after replacing Jonathan Kasdan, who replaced David Koepp. Indiana Jones 5 began filming began in June 2021 and wrapped up in February. While we don’t know any plot specific yet, it’s a good bet this will be the last time we see Harrison Ford crack that whip.

Along with Indiana Jones 5, Antonio Banderas will be co-starring with Penelope Cruz in Official Competition. This Spanish-Argentine comedy follows a billionaire entrepreneur who impulsively hires a renowned filmmaker to create an art film. Banderas said in his ET interview that he saw a side of Penelope Cruz that American audiences have not seen her before in terms of showing off her comedic side. This film is set to hit a limited release on June 17th.

It will be a very interesting dynamic to see Harrison Ford and Antonio Banderas work together in Indiana Jones 5. With two action-packed stars returning to their roots for this generation of audiences to see, let’s cross our fingers that this fifth film will not leave us disappointed. You can watch Ford and Banderas when the upcoming action-adventure film comes out on June 30, 2023.