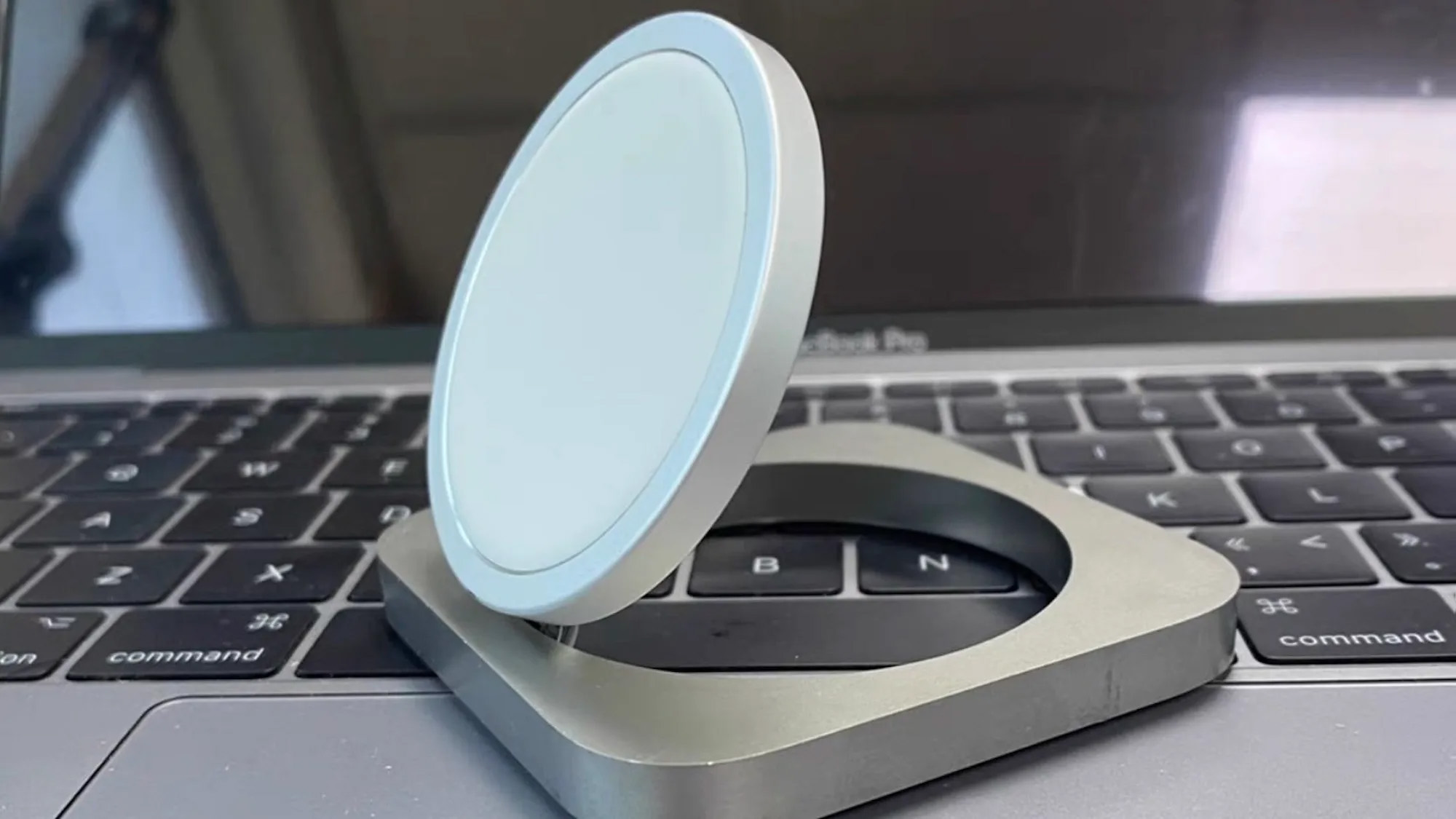 Photos of an unreleased Apple MagSafe accessory have appeared online.

Images of the ‘Apple Magic Charger’ shared by Apple collector @TheBlueMister show off a device featuring an aluminum base and a MagSafe-like magnetic adapter that can pivot forward and backward. According to TheBlueMister, the leaked accessory works, and when you plug it into a MacBook, it shows up as the “Apple Magic Charger” under USB devices.

Other notable features include a ‘Space Gray’ finish, a white rubberized base and a braided USB-C cable. Twitter user @DuanRui1205 shared additional images of the charger (seen below) shortly after @TheBlueMister.

Interestingly, @TheBlueMister says that the charger can only charge the iPhone from a horizontal position and that this could be the key reason it hasn’t yet seen the light of day.

Overall, the charger shares a lot of design language and features with Apple’s MagSafe Duo Charger. It’s unclear if Apple has cancelled the accessory outright or if the tech giant has plans to release it eventually.