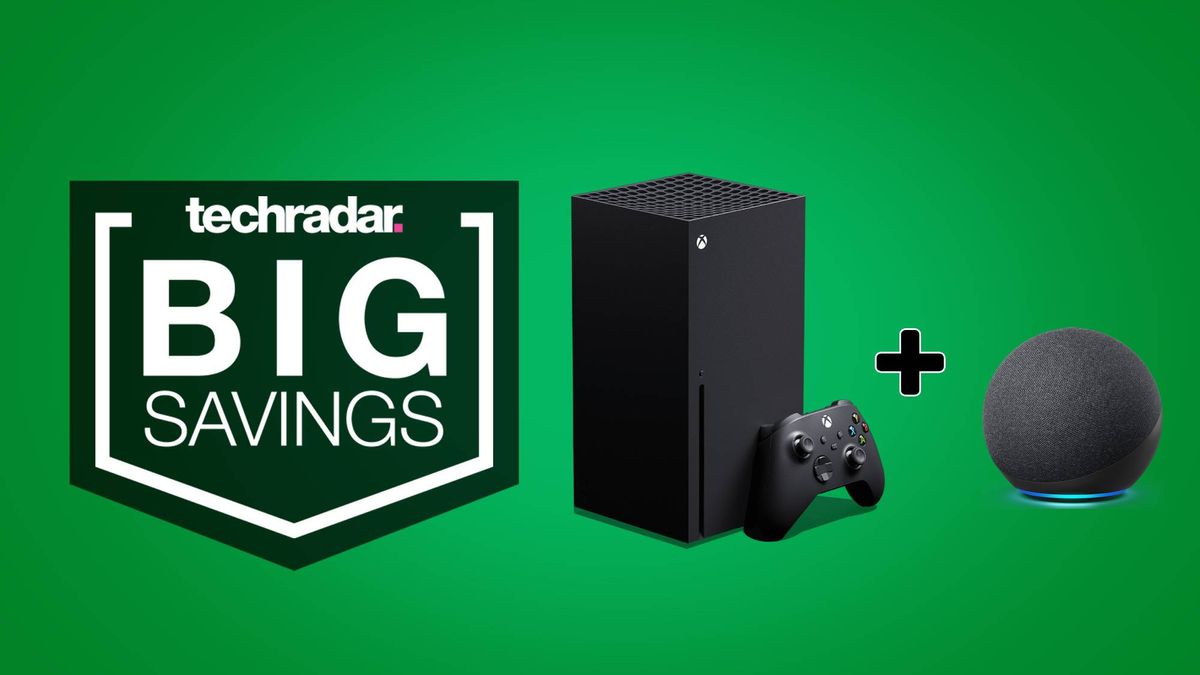 After pining over the Xbox One’s now-defunct Kinect the other day, I’ve decided to take advantage of the Prime Day deals on Amazon Echo devices. If there’s one thing that Microsoft got right with its failed motion-sensing camera, it was that voice commands would be a big hit… albeit many years after the console was released.

It’s a good thing, then, that you can use an Alexa-enabled device such as the Amazon Echo to control your Xbox, which is up to 50% off right now, to bring the Kinect’s best feature back for Xbox Series X, Xbox Series S and Xbox One consoles.

The Amazon Echo or Echo Dot is able to act as the perfect companion, as you can install games straight from Xbox Game Pass, control media playback, invite friends to parties, and control your TV if you’re using HDMI-CEC, all with the power of your voice. Being able to shout commands at my Xbox is something that I honestly miss, and it’ll be nice to only have to ask once instead of multiple times, thanks to Alexa’s superior voice recognition technology.

Connecting an Alexa-enabled device to your Xbox is simple, too. Just download the Xbox app inside the connected Alexa app by following the instructions, and then enable digital assistants on your Xbox console. To do this, head to Settings, Kinect & Devices and then select Digital Assistants. Tap A on your controller to enable digital assistants and you’re good to go.

Once you’ve got the two devices talking to each other, you can say things like “Hey Alexa, turn on my Xbox” and “Hey Alex, redeem a code”, which is a lovely time-saving feature. There’s also something still wonderfully novel about controlling a device by only using your voice, and I look forward to being able to quickly pause Netflix without having to turn on my Xbox Wireless controller.

(Not in the US or UK? Scroll down for the best Amazon Echo deals in your region).

Amazon Echo (4th Gen): $99.99 $59.99 at Amazon
Save $40 – A fantastic Prime Day deal, Amazon has the latest Echo smart speaker on sale for a record-low price of $59.99 – $10 less than the cheapest price we’d seen until today. The powerful speaker delivers rich sound that adapts to any room and works with Amazon Alexa to become a smart home hub.View Deal

Echo Dot (4th generation): $49.99 $24.99 at Amazon
Save $25 –  Amazon’s latest Echo Dot is on sale for $24.99 – that’s a brand new record low price. With Amazon Alexa on board, the Amazon Echo Dot allows you to control your smart home setup, play music or podcasts, or simply ask the forecast.View Deal

Echo Dot (3rd Gen) Smart Speaker: $39.99 $19.99 at Amazon
Save $20 – Get half off the 3rd generation Echo Dot in the Prime Day sale. We’ve seen this one take big discounts before, but this appears to be the best ever price for this Alexa-equipped smart speaker.View Deal

Echo Dot (4th generation): £49.99 £24.99 at Amazon
Save £25 – The latest Amazon Echo Dot has dropped down to a brand new record low price in this year’s Prime Day deals. You’ll find the smaller version of the smart speaker available for just £24.99 right now – £4 cheaper than its previous record low.

Amazon Echo Dot (3rd generation): £39.99 £19.99 at Amazon
Save £20 – The previous generation Echo Dot has dropped down to £19.99 at Amazon – that’s still £1 away from its lowest price ever, and just £5 cheaper than the new model. If you’re looking to spend as little as possible (or you’re not a fan of the redesign) this is still a solid deal, but we’d recommend checking out the 4th generation first.View Deal

Being able to add a whole host of new functionality to your Xbox One or Xbox Series X console for less than the price of a game is a great deal, so don’t miss out on the opportunity to add voice commands to your setup during Prime Day.

No matter where you live, you’ll find all the lowest prices for the Amazon Echo from around the web right here, with offers available in your region.

More Amazon Prime Day deals in the US