If you didn’t install Android 12L on your Surface Duo yet, you should hold off for now 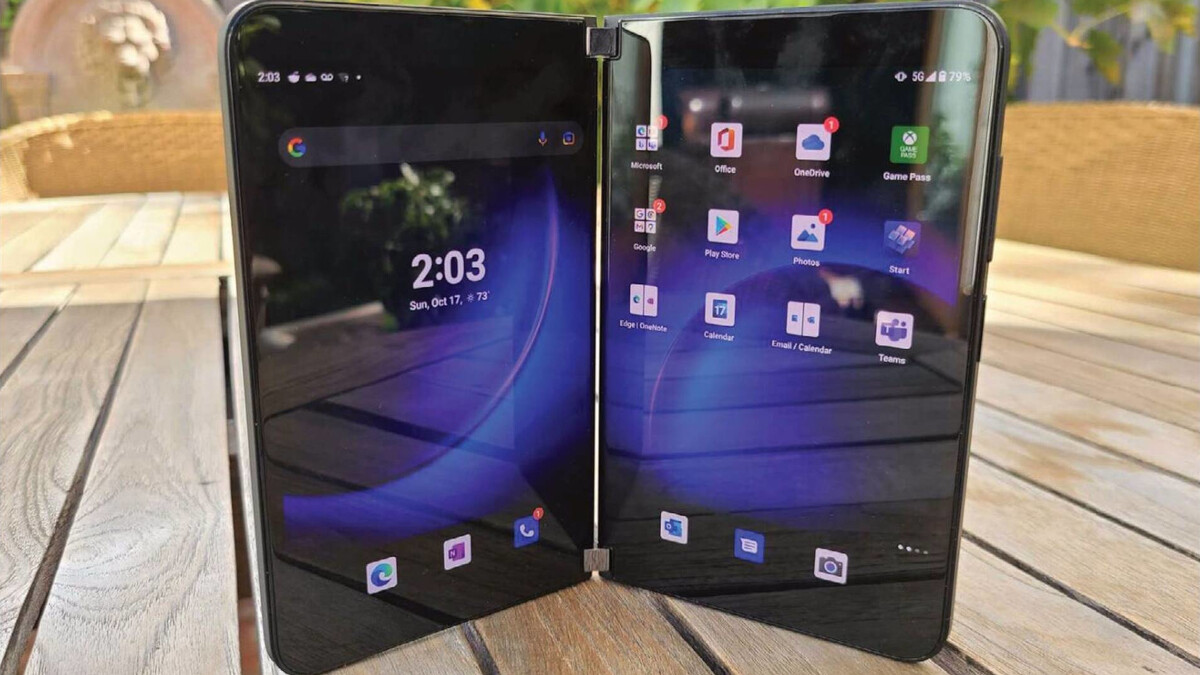 0
Share
Last month, Microsoft’s dual-screened Surface Duo phones received an update to Android 12L. This is a version of the operating system designed for large-screened phones and both the Surface Duo and Surface Duo 2 qualify for this designation. When the former is fully open, the two screens create an 8.1-inch “canvas” for the user; the two screens on the latter model combine to give the user an 8.3-inch screen to work with.

The update also added icons “borrowed” from Windows 11 along with four new wallpaper options that”align” with new Windows desktop backgrounds. This makes sense as Microsoft wants the Surface Duo line to be an extension of your home computer. But as some Reddit subscribers have been posting, the update also adds something to the phones that no one wants to see: bugs.

One Reddit post, authored by Ill_Attention4749, says that the update has disabled the search bar on his Surface Duo. But this phone owner is a resourceful type as he simply opens the Edge browser to conduct a search. He also says that a restart will allow him to use the search bar until it stops working again.

Another post, this one written by a Surface Duo 2 owner using the handle notenoughnamespace says, “The clock in the status bar of my Duo 2 has stopped! I’m on 12L, and the phone is working fine, but the clock in the top left of the screen says it’s 08.53, and has done so for the last 10 minutes. The main clock (on the idle screen) is showing the correct time, so they don’t match. It might not be the worst bug in a phone, or even in 12L, but it’s not something I’ve ever seen before.”
For the clock issue, one Surface Duo owner said that rotating the device corrects the time on his phone. Or, you can simply restart the Duo to correct the clock.

But a clock issue is nothing compared to a battery that drains too fast. You can always figure out the time by asking Google Assistant or using a sundial. But if your battery is dead, you can only use the phone as a paperweight. Reddit user marrk87 wrote, “OK, I’ve had a few little bugs since I did the day 1 update to 12L on my daily driven Duo 2. However, today I experienced pretty much every bug that has been reported right when I really needed my phone.”

“First, there was a massive battery drain that took the battery down like 40% in an hour. That could have been service related, but I’m not so sure. Next, the clock and battery gauge in the taskbar didn’t update, so my phone dropped down to a very low percentage of battery without me even realizing. Then the wifi and mobile data decided to stop working, so I couldn’t call or send any messages. This required a restart. I’m pretty disappointed, but a restart seemed to tame the beast for now.”

Speaking about the battery, the battery percentage indicator also has been problematic for some Surface Duo users after installing Android 12L. This prevents users from getting a true picture of how much time they have left before needing to charge. For example, one user had the battery on his Duo die twice without warning and for those who really count on their handset, lugging around a dead phone is an awful feeling.

Considering the number of issues that have popped up on both the Surface Duo and Surface Duo 2 following the installation of Android 12L, if you haven’t downloaded and installed it yet on your Microsoft dual-screen phone, you might want to wait until the software giant exterminates these bugs by pushing out an update. Hopefully, such an update will be disseminated soon so that Surface Duo users can enjoy their phones once again.