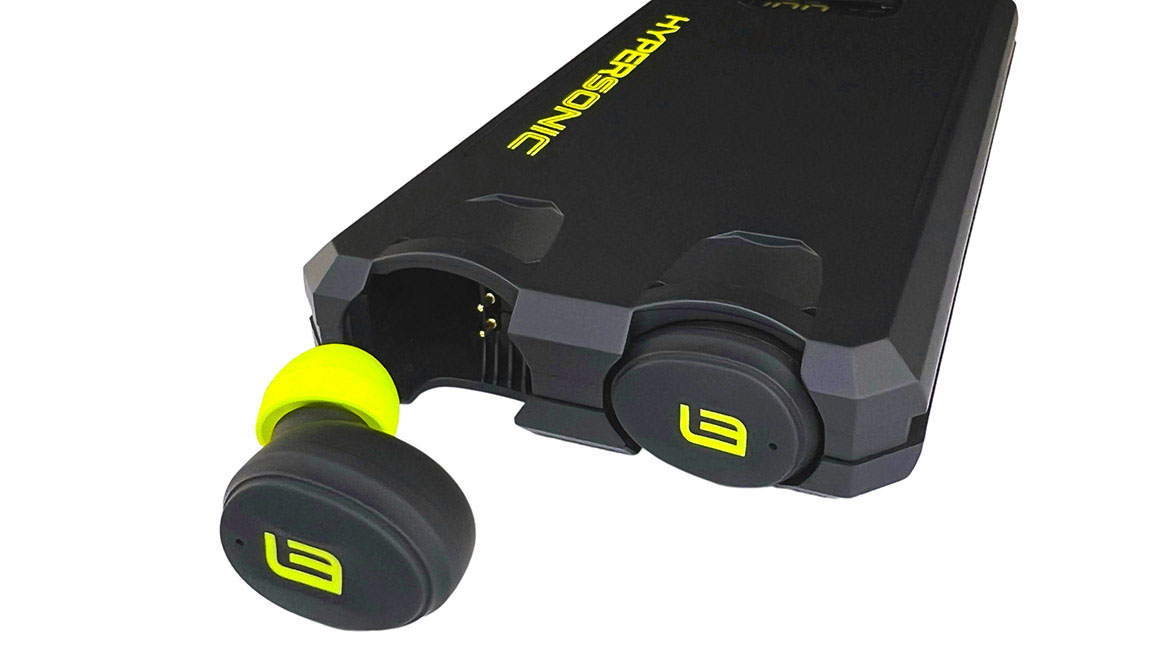 Maybe the roughly 24 hours of charging time you get from the case included with Apple’s AirPods just isn’t enough for you?

This is where LinearFlux’s Hypersonic 360 wireless earbuds come in. The black and lime green wireless earbuds look like relatively standard, non-descript wireless earbuds — at least at first. It’s really in their massive, portable charger-like case where things start to get interesting.

Instead of a measly day, the 360 wireless earbuds are capable of offering charging for a total of 360 hours. Of course, this also means that the buds’ charging case is absolutely massive and likely pretty heavy. On the plus side, the Hypersonic 360’s charging case also doubles as a magnetic charger that supports Apple’s MagSafe technology, allowing you to attach an iPhone 12 or iPhone 13 to it for charging.

It’s unclear just how much capacity the Hypersonic 360’s charging case offers, but given its size and the fact that it can change a dead smartphone to 50 percent in roughly 25 minutes, it’s likely pretty big.

Other notable Hypersonic 360 features include the company’s own take on Apple’s ‘Spatial Audio’ called the ‘Hyper Definition Spatial Engine,’ IPX6 sweat and water-resistance and an hour of battery life for the buds after just five minutes of charging.

I’ve never heard of LinearFlux, the company behind these earbuds before, so that’s something to consider if you’re thinking about picking them up.

The wireless buds are also far from cheap at $139 (roughly $175 CAD) and initially started life as a Kickstarter project. Still, the concept of a pair of earbuds with a charging case that doubles as a power bank is pretty compelling.

Destiny 2 Xur location today: Where is Xur this week? What is he selling? | Gaming | Entertainment