It’s not much of a secret that I’m interested in Humankind. I was at Gamescom last year when it was first announced, getting the chance to have a preview of the game as well as an interview with the Narrative Director, Jeff Spock. I also had the chance to test out the OpenDev scenarios released in August, previewing those.

It only made sense, then, that I jumped at the chance to interview Studio Head and COO off Amplitude Studios, Romain de Waubert, speaking more about Humankind and the recent OpenDev sessions, as well as the newly announced launch on Stadia. So, without further ado, let’s talk Humankind.

Before the part of the conversation you’ll see below we did introductions, talked a little about strategy games, other Amplitude games in general, including Dungeon of the Endless. This won’t be in the post because I don’t have that part recorded. 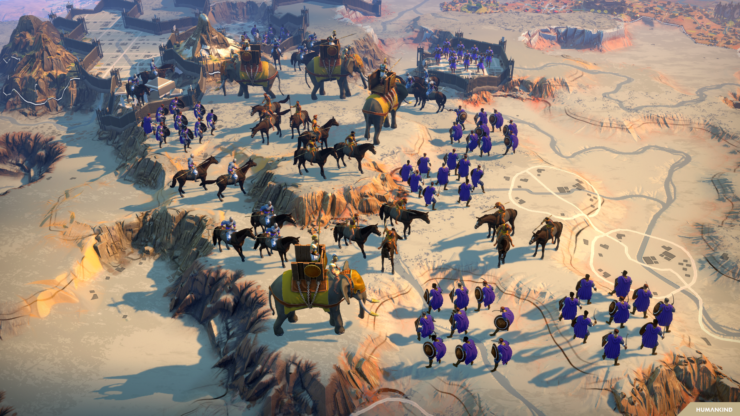 Chris Wray: I suppose the first thing I want to talk about is that you’re bringing it to Stadia. Can you tell me about it?

Romain de Waubert: So, Stadia. Personally, I’m playing a lot with streaming. I’m a big fan of streaming. My first thing with streaming, while some people will say it’s not streaming, it was actually Steam Link. I played a lot from my PC to the rest of my home. Sometimes from the office. I was so impressed by how well it was working. I tried some other stuff that wasn’t so amazing. I think the quality of the engines and the servers they had were probably not strong enough. Like, my home machine was perfect, I have it for gaming. Then you had the stadia announcement a bit before that, I had the chance to try it – I think playing Doom on it – on Wi-Fi in a Google office and I couldn’t tell the difference, I was blown away.

Then we started discussing with them, some of the things they had in mind. Suddenly you’re discussing with one of the biggest companies out there and interacting with Stadia, it’s already exciting. It’s maybe a way to include and attract more people to your game and just that is amazing. If you leave that aside and just look at the tech. I think what’s good is that they’re not just talking about streaming.

Streaming is a given, in a way, but because they’re Google they have access to the best of everything already, so that’s exciting. What’s interesting is when they show what they can do with it. How they can link technology and community, you interacting with your players in the game, and that becomes very fascinating. The first time we discussed that, I felt like I was looking in the future for a few seconds. That, for me, is how it all started.

CW: Just to confirm, the Stadia version will be launching alongside the other versions of Humankind?

CW: Keeping with Stadia first. What’s interesting to me is that your games have always been very moddable. There’s a massive community built around mods. How does that work in terms of such as Stadia?

RW:  We’re working on it. We’re working on it a lot with Google and Stadia. It’s a platform which is just starting now so it’s something we’re discussing together. I hope I can give you an answer before the release, but it’s not sure, not 100%.

CW: I can understand that. With any new technology, you’re going to have to work some things out.

CW:  So, by the time I write this interview out, you’re going to have released a new OpenDev for Stadia. Will this also be available for everybody else as well as Stadia?

RW:  No. So basically, we first did the OpenDev, a collection of scenarios that was on Steam at the time. Now, this is just on Stadia and it’s a whole other scenario. It’s only one, but it’s bigger. It’s a longer period of time. The goal of OpenDev isn’t to be a demo for Humankind. It’s just for us to try different things.

CW: To get feedback

RW:  Yes, to get feedback on it, to improve it. We zoomed in on a few elements with the community in August-September. We looked at battle and economy mostly, in a way the heart of the game loop. We’ve improved on that already, but we wanted to see how that works with the changing of cultures and a longer period of time. I think we’ll get a lot of feedback on how the economy and war interact with each other.

There are elements that are placeholder-ish, in a way, but we definitely need to get feedback on these pieces together. I can already tell some stuff we want to improve, but maybe the audience will say the things I want to improve aren’t the most important and maybe they’ll find other things to improve that are more important.

Also, Steam is a platform we’ve been working on for like ten years. Stadia is a brand new platform for us, so it’s great for us to get feedback on how it works with the platform. So it’s a great opportunity for all of us.

CW: I suppose this is also a bit of a trial for the tech itself, to see how Humankind functions while on Stadia.

RW: Exactly. You know, with such games, they’re so rich, I’m sure people will find some crazy ways of doing things we didn’t think of. So, we can definitely find out and make it a bit better or patch it somewhere. 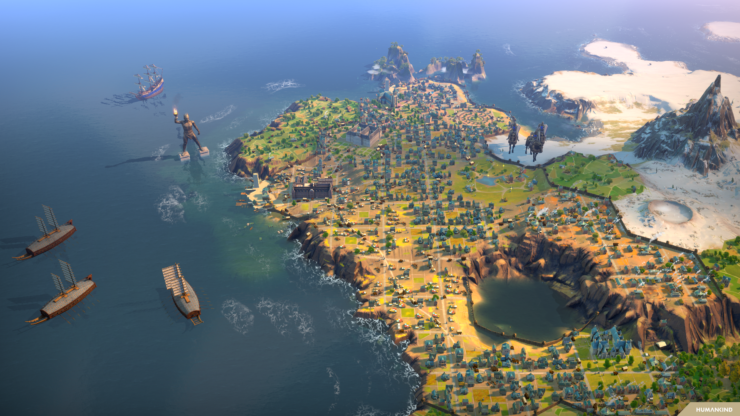 CW: I suppose one of the good things of the sort of game Humankind is, a strategy game, is that it’s a slower-paced game and suitable for any sort of streaming. You don’t need to worry about latency, loading a lot in rapidly and such as that.

RW: It’s interesting to see that some of the first games released on Stadia were very latency driven games like Destiny, combat games like Doom, and it’s hard to tell that it’s not local. Now, for us, the most interesting aspect for us is that you can’t cheat. You don’t have any data besides video.

So if you want to play with friends, if you want to show who can do the best at something – I’m giving you some hints at things we could do – It’s very interesting. If you look at 4X in a way at competing on how you can be the best at one given situation, Stadia is the best environment for it today.

CW: That’s a very interesting take, I’d never thought about that. So, it’s essentially the perfect neutral environment, there’s no way to sabotage it?

RW: Exactly. We have a lot of players who love to show their save games, what they did and what they achieved in their story. You could have a lot of similar elements but you’re 100% sure there are no cheats. So, if somebody shows a crazy way of doing something, you know it’s there. In terms of community building, I think it’s amazing.

CW: Looking at the Stadia OpenDev scenario, you’ve mentioned the changing of cultures and such. What’s going to be the main focus of the scenario, what new elements?

RW: You’ll have some new elements coming in. Religion and diplomacy will be coming in. These two elements are being worked on, so we’ll get feedback on them and keep working on them. We’re still at a stage where a lot of improvements will come in. I think what’s most important is that we’re getting closer and closer to the stage where we’re happy with the economy and battles. We also want to make sure they work in an environment where they interact together and also where they interact together with the change of cultures.

It’s also about how it’s felt by the players. Of course, the feedback that they get, the rewards, we want to have a lot of paths for rewards, how the player feels rewarded for what they are doing. It’s very interesting to see how they react already to what we have in the game, to help us prioritise. Also, it’s very important to use to see what they like best, so we don’t change it. The worst thing could be to break something that everybody loves. In the end, you get hyped, you want to work on everything and re-work everything, sometimes you can break good things.

So that’s the idea. We’ll see what comes up from the players and we’re very excited by it. To be honest, it’s very frightening. It’s frightening for all of us.