How, Why And When To Photograph ‘Fireballs’ Perseid Meteor Shower This Weekend 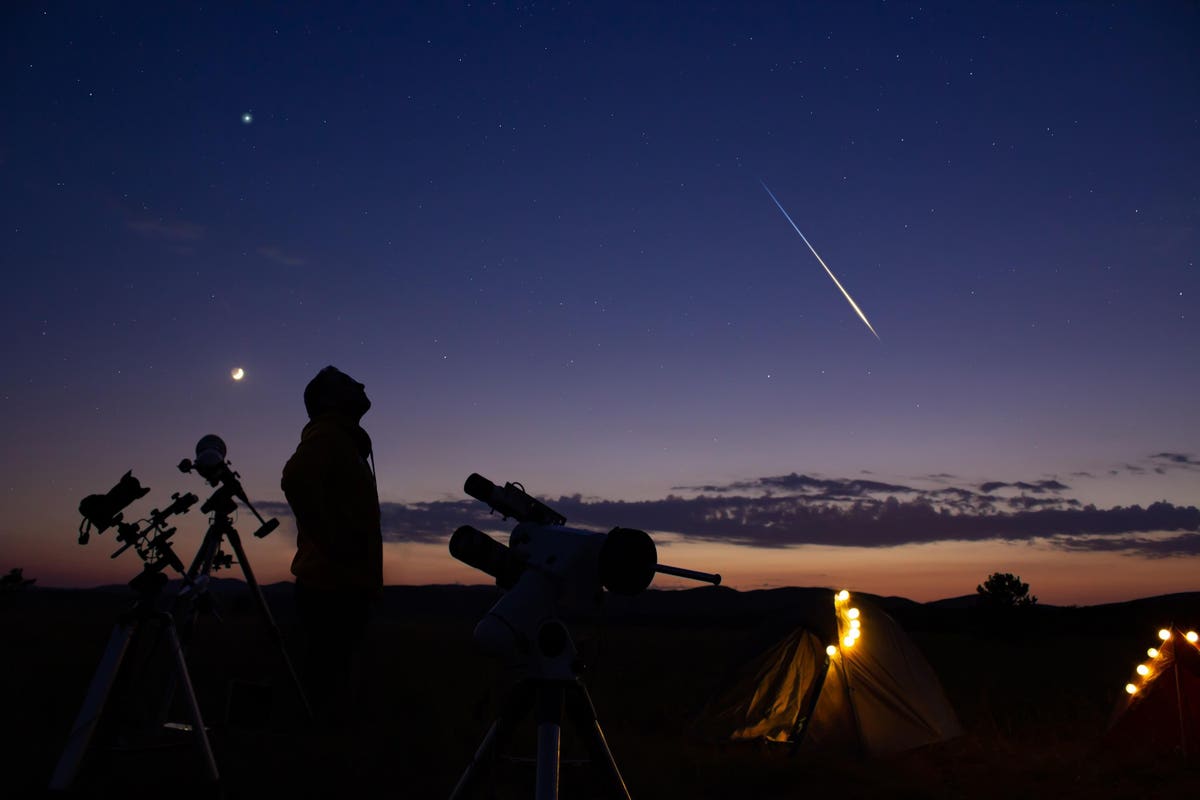 The peak of the Perseid meteor shower this weekend won’t be the best one ever. It coincides with the full Moon, which will hide all but the brightest shooting stars. In fact, while the peak of this famous summer meteor shower can deliver as many as 100 shooting stars per hour under ideal conditions, you’re not likely to see more than a few per hour.

So why bother trying to photograph the peak of the Perseid meteor shower this year, which happens overnight on Friday/Saturday, August 12/13?

The answer is fireballs. The Perseids occur because our ever-faster spinning planet is this week moving through a dense stream of dust debris left in the inner solar system by comet 109P/Swift-Tuttle. A big comet with a nucleus 16 miles/26 kilometers in diameter, Swift-Tuttle last rounded the Sun in 1992 and will visit next in 2126.

However, because it’s made many visits to the solar system it has, over the centuries, left a lot of dust and debris along its entire orbital path. So each year we get a really good show of shooting stars—and some fireballs.

A fireball is merely a very bright meteor, sometimes up to 3.5 feet/1 meter in diameter instead of the size of a grain of sand, like most of the particles that you can see energising in Earth’s atmosphere as shooting stars.

These fireballs can be extremely bright and unforgettable to witness. However, standing outside all night this weekend waiting for one or two fire balls is probably not going to be high on your list of things to do after a busy working week.

So why not try to photograph them? That way, you can set up your camera in your backyard and leave it to do its thing. Return to it before you go to bed and you may find you have captured a beautiful, bright fireball from the Perseid meteor shower.

Set-up as soon as its gets dark on Friday, August 12 for the best chance, though the peak is actually at 01:00 UT on Saturday, August 13 (so if you’re in Europe you may want to wait until then).

“Use a 28mm lens which offers a nice combination of speed and a wide field of view,” said Robert Lunsford, a fireball report coordinator at the American Meteor Society, to me in an email this week. You should also use either an intervalometer, which allows automatic exposures without the operator having to intervene (though some cameras have a built-in intervalometer and some shutter release cables can do this, too). “Limit exposures to 30 seconds to avoid star trailing and overexposing,” said Lunsford. A good rule of thumb in dark skies is ISO 800, f/2.8.

The key is to keep the radiant of the meteor shower in view (the constellation of Perseus, which will be rising in the northeast after sunset) and the full Moon out of it. which won’t be easy. It might be wise to rotate your camera to point north. “Aim the camera so that the horizon appears just out of the bottom of the fame as most meteors will appear in the lower third of the sky,” said Lunsford.

Denial of responsibility! TechCodex is an automatic aggregator of the all world’s media. In each content, the hyperlink to the primary source is specified. All trademarks belong to their rightful owners, all materials to their authors. If you are the owner of the content and do not want us to publish your materials, please contact us by email – [email protected]. The content will be deleted within 24 hours.
fireballsPerseidPerseid Meteor ShowerPerseidsphotograph fireballsphotography perseidsshooting stars
0
Share