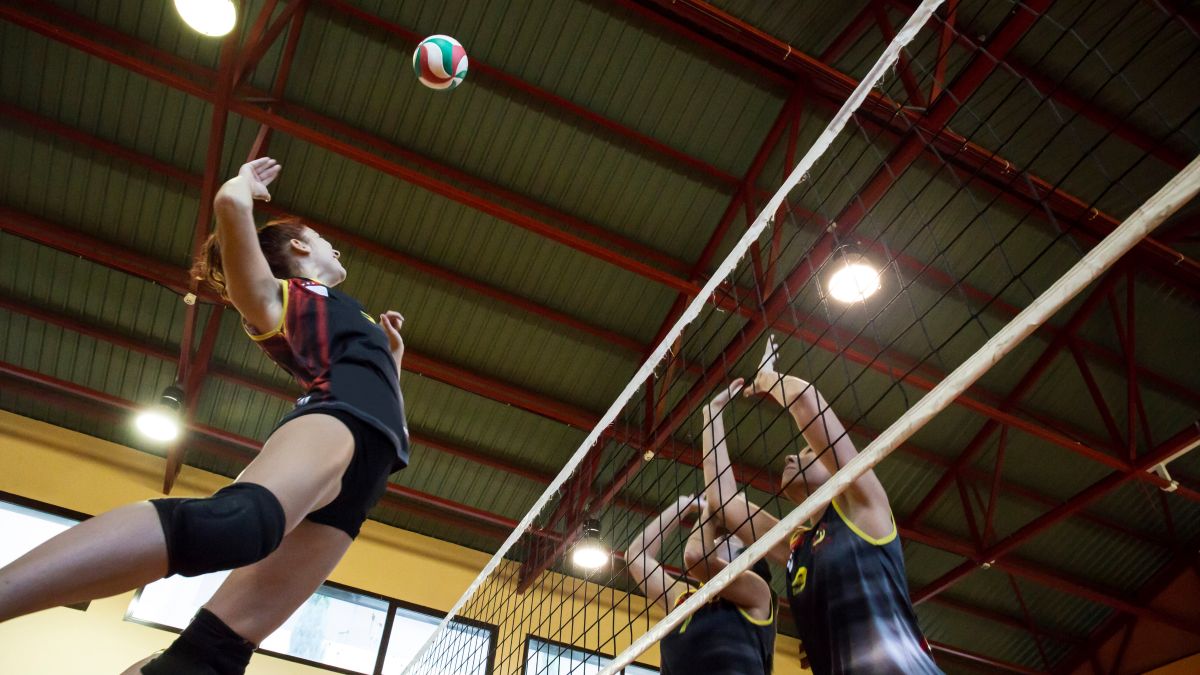 Volleyball officially became an Olympic sport in the Tokyo 1964 Games, so it seems fitting to tune in and watch events unfold in the same city almost 60 years later.  Read on as we explain how to watch an Olympics volleyball live stream.

With Brazil leading the way in men’s volleyball—remaining undefeated in 2019’s World Cup of the sport—and the Republic of China reigning in the women’s division, both nations are expected to tirelessly defend their gold in the 2020 Games.

Poland’s Wilfredo Leon is a player to watch, though, after earning the title of best outside spiker in the 2019 World Cup Dream Team. Italy also boasts a few up-and-comers to look out for—athlete Paola Egonu gained attention in 2018 after scoring an impressive 324 points in the women’s world championship.

Overall, it’s Russia and the USSR who hold the most Olympic golds in volleyball, with a total of eight medals won by male and female teams. Will anyone knock them from the top spot in Tokyo? Tune in to watch volleyball at the Olympics 2020 to find out. Alternatively, here’s how to live stream Olympics action all summer long.

A great number of broadcasters worldwide are televising the Tokyo Olympics, and fortunately, some of them are free-to-air. The official Olympics website is also offering free live streaming of many of the sporting events, especially the major ones.

But if you want wider coverage of the Games, it’s a good idea to choose a domestic broadcaster. TVNZ in New Zealand, RTE in Ireland, BBC and the iPlayer streaming service in the UK, and Channel 7 in Australia are all providing free live coverage. Continue reading to learn how you can live stream the Tokyo Olympics from where you are.

How to watch your Olympics live stream when abroad

Sports fans wanting to watch an Olympics live stream in 2021 should be able to access their usual free or paid coverage from all over the world. While geo-blocking typically restricts coverage when overseas to local providers – and some places of work, study or even leisure may stop you from streaming because of bandwidth restrictions – there’s a really easy way to solve these issues.

The answer is as simple as downloading and installing the best VPN service, which will then allow you to tell your computer, phone, tablet or other device that it’s in a different country. This means you can tune in to your usual coverage from home, wherever you are, without having to resort to an illegal stream.

Use a VPN to watch Tokyo 2020 Olympic Games from anywhere

ExpressVPN – get the world’s best VPN
We’ve put all the major VPNs through their paces and we rate ExpressVPN as our top pick, thanks to its speed, ease-of-use and strong security features. It’s also compatible with just about any streaming device out there, including Amazon Fire TV Stick, Apple TV, Xbox and PlayStation, as well as Android and Apple mobiles and, best of all, it has a fantastic track record of unlocking the hardiest of streaming services around the world.

Sign up for an annual plan now and get an extra 3 months absolutely FREE. And if you change your mind within the first 30 days, let them know and they’ll give you your money back without a quibble.

Using a VPN is really simple – as easy as one-two-three, in fact!

1. Download and install a VPN – as we say, our top overall choice is ExpressVPN, which represents the best solution for most sports fans this Olympics

2. Connect to the appropriate server location – open the VPN app, hit ‘choose location’ and select the country where your home broadcaster is based

3. Go to the broadcaster’s live stream – so if you’re from the UK, just head to BBC iPlayer and log-in as usual

That’s all there is to it! You’ll now be able to watch all the Olympics action just like you would from the comfort of your own sofa.

The BBC is broadcasting the Olympics live for free in the UK, and residents can watch it with a TV license. BBC One and Two will telecast hundreds of hours of live footage from Tokyo, and viewers can also use the online BBC iPlayer service to catch the events.

Other options in the UK include Discovery+ and Eurosport. Eurosport costs £6.99 per month, but you can bring the cost down by subscribing annually (£4.99/month). You can stream Eurosport directly from your TV by Chromecasting or connecting your laptop with an HDMI cable, and Apple TV users can stream from Apple devices too.

Those looking for how to watch the Olympics in 4K Ultra HD will find their options limited to Eurosport’s UHD feed – available to those with a Sky Q subscription and box.

Out of town for the 2020 Olympic Games? Then install a VPN before you head out—this way, you can continue accessing UK streaming services from anywhere in the world.

In the US, NBC has the TV airing rights for the 2020 Tokyo Olympics, so cable users with NBC will have access to all the events. They’ll also have the option to watch it online on NBC’s streaming platform at no extra cost.

If you don’t have cable, you’ll have to subscribe to OTT services that have the NBC channel to stream the games. Peacock TV, Sling TV and fuboTV are some of the available options.

Is Peacock, Sling TV or fuboTV best for the Olympics?

In terms of the best overall value, NBCSN comes as part of the $35 a month Sling Blue package, which also offers NBC proper in most major metro area markets. Check the Sling website for special offers  – there’s usually something eye-catching on. For example, at the time of writing your first month for only $10.

fuboTV is the best cable alternative and priced accordingly, costing $64.99/month. But comes with a 1-week free trial and is a complete replacement service with all the NBC channels available in your area

We’d recommend both sports fans, depending on how much of the Olympics they want to watch.

At $4.99/month, Peacock TV is the cheapest option and provides a free trial of its own – though note that much of its programming schedule is given over to multi-sports coverage. This is great for general fans, but maybe a bit frustrating if you want end-to-end action of a specific discipline.

Which devices are supported?

All these streaming platforms are available on the Google Chrome Browser, Apple TV, Fire TV, Xbox One, iOS, Android, and many other devices. For more on which NBC channel is showing what and when, check out the network giant’s website.

Get the best offer on TV streaming services

How to watch Olympics volleyball in Canada

CBC, TSN, Sportsnet, and TLN are all broadcasting Olympics 2020 in Canada. Cable subscribers can watch the games if they have any of these channels.

Want to watch your coverage from abroad? Then don’t forget that using a VPN is a great way to watch coverage overseas.

In Australia, Channel 7 has exclusive airing rights for the Tokyo Olympics. The live coverage will be broadcast for free on 7Two and 7Mate.

To view the games online for free, you can use Channel 7’s streaming service, 7plus – available on web browsers, iOS, Android, LG TV, Chromecast, and more.

Not in Australia? Use a VPN if you’re away from home, in order to tap into your local Olympics coverage.

More 2020 Olympics broadcasters around the world

If you’re not in one of these countries, don’t worry – the Olympics are being shown in most places around the world, though you might not luck out with free streaming and coverage levels vary considerably by location.

You can check what’s on offer where you are with the help of the dedicated Wikipedia page of all of the world’s Olympic Games channels.

Compare the best overall VPN services in 2021 by price:

Xbox Game Pass is great, but where are all the classic first-party games, Microsoft?