How to Use The Neutrino-Gun (& What It’s For) 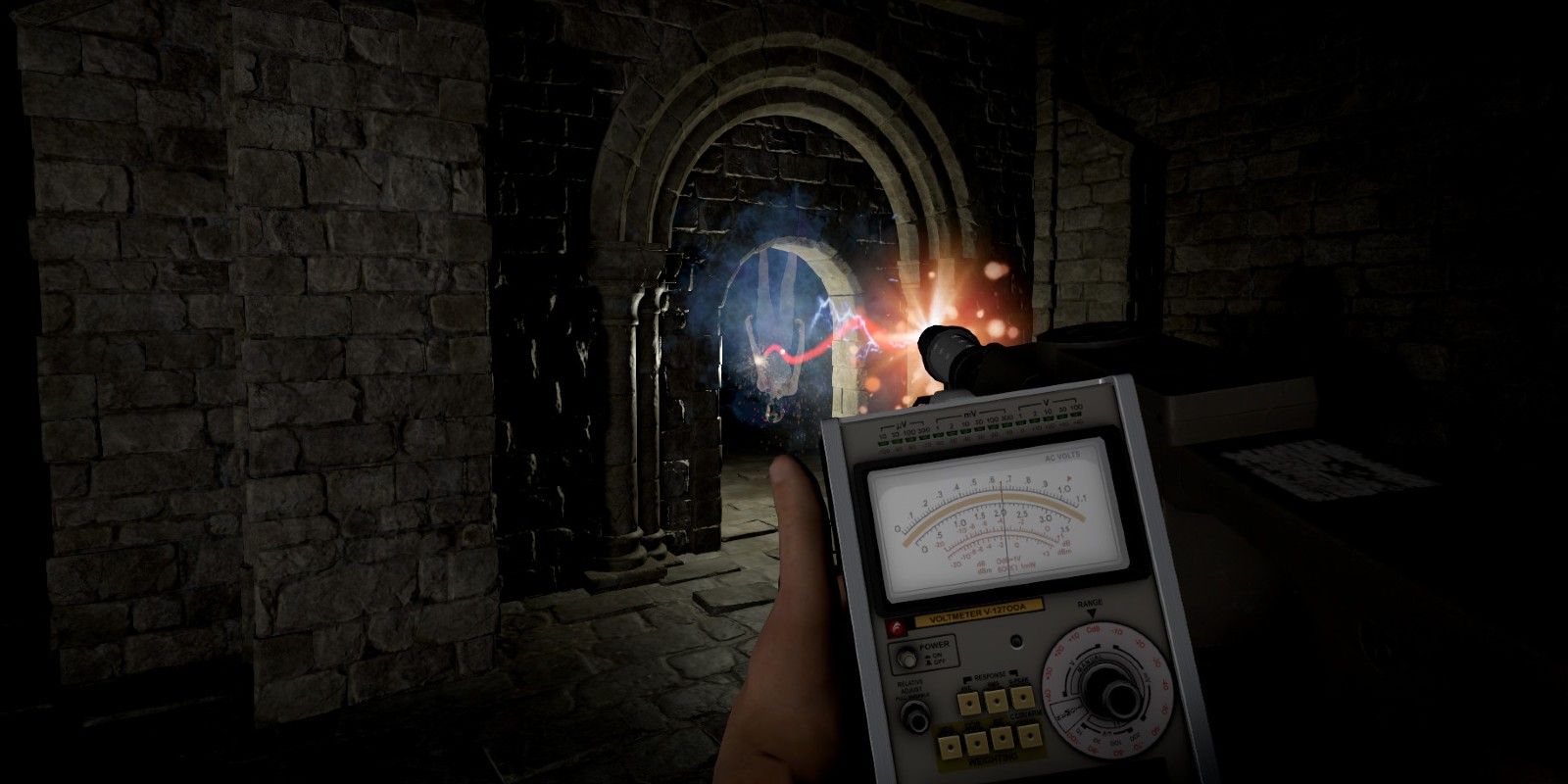 The Neutrino-Gun in Ghost Hunters Corp is one of several pieces of equipment used to exorcise spirits. It can also push ghosts back in a hunt.

Though the spirits in Ghost Hunters Corp are immediately ready to hunt and murder the paranormal investigators from the moment they enter the house, there are several ways for players to fight back. Ghost Hunters Corp is a new ghost-hunting co-op, similar to Phasmophobia. Unlike in Phasmophobia, where players are only ever able to run and hide from the ghosts during a hunting phase, players are given equipment in Ghost Hunters Corp to destroy the ghost as it is hunting. The Neutrino-Gun is part of a team’s basic equipment. It can zap both spirits and cursed objects with a blast of energy, destroying or repelling the spirit and earning the team more points and money for the mission.

Related: Every New Ghost Added To Phasmophobia Since Launch

The Neutrino-Gun in Ghost Hunters Corp works similarly to a Proton Pack in Ghostbusters. Players will always have access to a default version, but this one only has a limited number of charges available before it becomes useless to the player. There is also an option to buy a more advanced version that never runs out of charge. Here’s how to use a Neutrino Gun in Ghost Hunters Corp and which entities it will work to exorcise.

To use the Neutrino-Gun in Ghost Hunters Corp, players must have the item in one of their hands. Unlike some of the other items, like the Ghost Hunters Corp Entity Analyzer or EMF Reader, it won’t work while left on the ground. The Neutrino-Gun can be used as an offensive, defensive, or support item. Its primary purpose is to exorcise ghosts, particularly the Poltergeist and the Revenant.

One of the requirements listed in the Ghostpedia for eliminating Poltergeists from a home is the Neutrino-Gun. If players want to successfully complete the mission and earn the maximum amount of money and points possible, they will need to complete this step in the exorcism process. The Neutrino-Gun can also be used to destroy the Revenant’s cursed item, the tether to which it is attached. Sometimes, destroying this item will be a requirement to exorcise the spirit, particularly when Spirit Box Radio is listed as evidence. Other times, it will simply be a secondary objective that earns players more money and points.

Even if the spirit is not a Poltergeist or Revenant, the Neutrino-Gun can still be useful to keep the ghost at bay. Players can shoot any ghost they encounter with the Neutrino-Gun. If the ghost is a Poltergeist, then it will evaporate into a cloud of red, blue, and green smoke upon being hit with the ray from the Neutrino-Gun. If not, players who manage to blast the ghost with the gun will still get it to disappear, this time in a plume of white smoke. It will need to take a few seconds to reappear, giving players enough time to flee from the house or get behind a protective item like a Crucifix or Statue Marie.

The default Neutrino-Gun available from the start of Ghost Hunters Corp is free but only works for a limited amount of time, meaning players are less likely to use it until they know an exorcism is necessary. At Level 20, players can purchase a more advanced version of the Neutrino-Gun from the in-game Ghost Market for $750. This one self-charges, meaning players can continually fire it to keep the ghost away without consequence. Players will need to be careful with this purchased item, however. If they die while the Neutrino-Gun is inside the building, they lose it permanently and will need to purchase a replacement, a process that can become very costly fast.

Next: Why Horror Video Games Make The Best Movie Adaptations

Ghost Hunters Corp is in Early Access and is available for PC.

Ghost Hunters Corp: How to Use The Entity Analyzer (& What It’s For)