How To Set Up The DualSense PlayStation 5 Controller On PC

If you were able to secure a preorder for Sony’s next generation console, chances are you might have ordered some extra accessories to go along with it. Reports were indicating that Sony was sending out shipments of the various PlayStation 5 accessories, from the DualSense controller to the HD Camera and Pulse Wireless Headset, as early as last week. While you might not have the console to use a spare DualSense controller on, there’s no reason to leave it locked up in its packaging. We’re here to tell you to let that DualSense free and put it to good use on your gaming PC until you can officially take it for a spin in Astro’s Playroom next week. 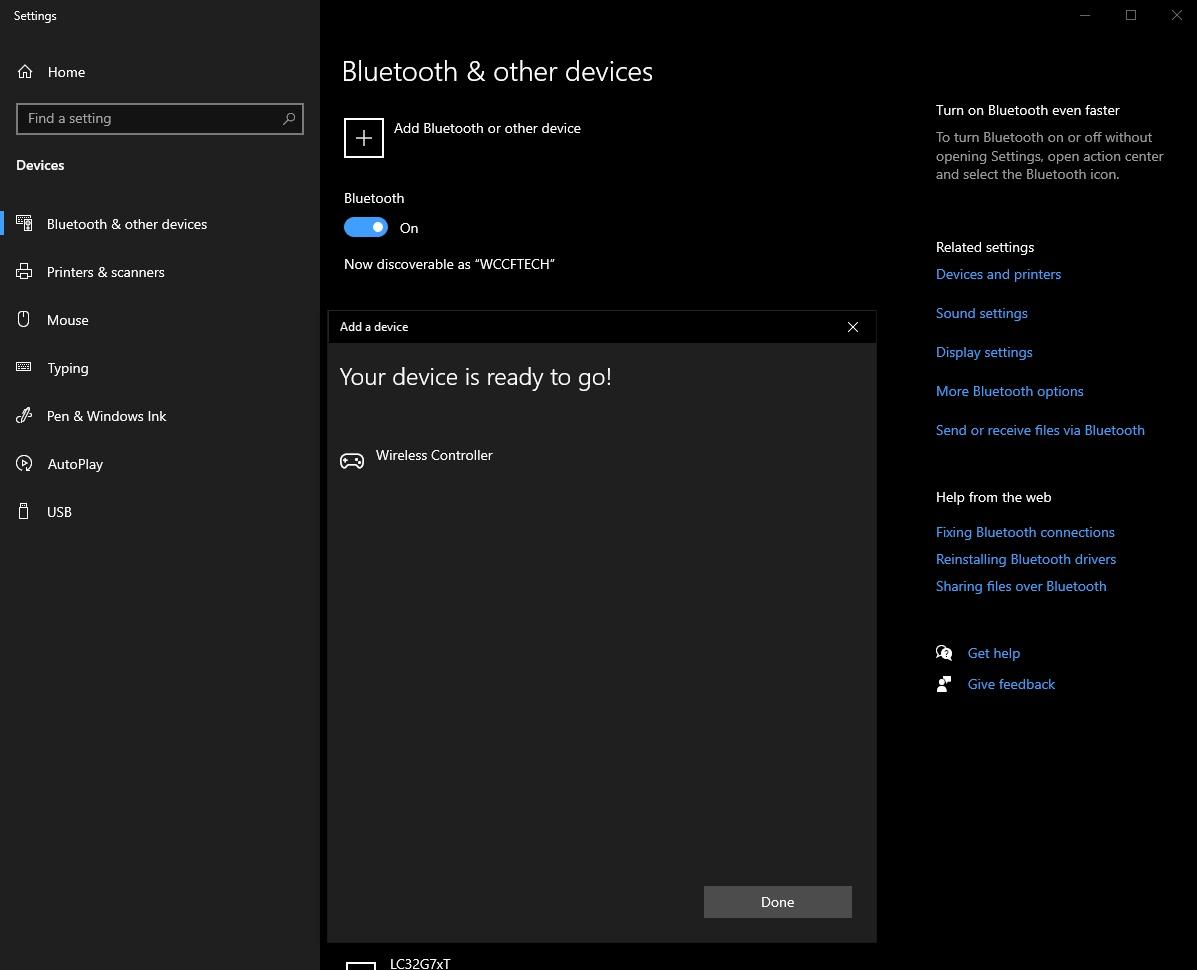 To setup the DualSense controller for PC, I found it best to start in Steam Big Picture Mode (either from View > Big Picture Mode in the dropdown menu or by clicking the Big Picture Mode icon next to the minimize and close buttons on the main Steam client). From there, navigate to the Settings menu via the gear icon in the upper-right hand corner of your screen and then into Controller Settings. 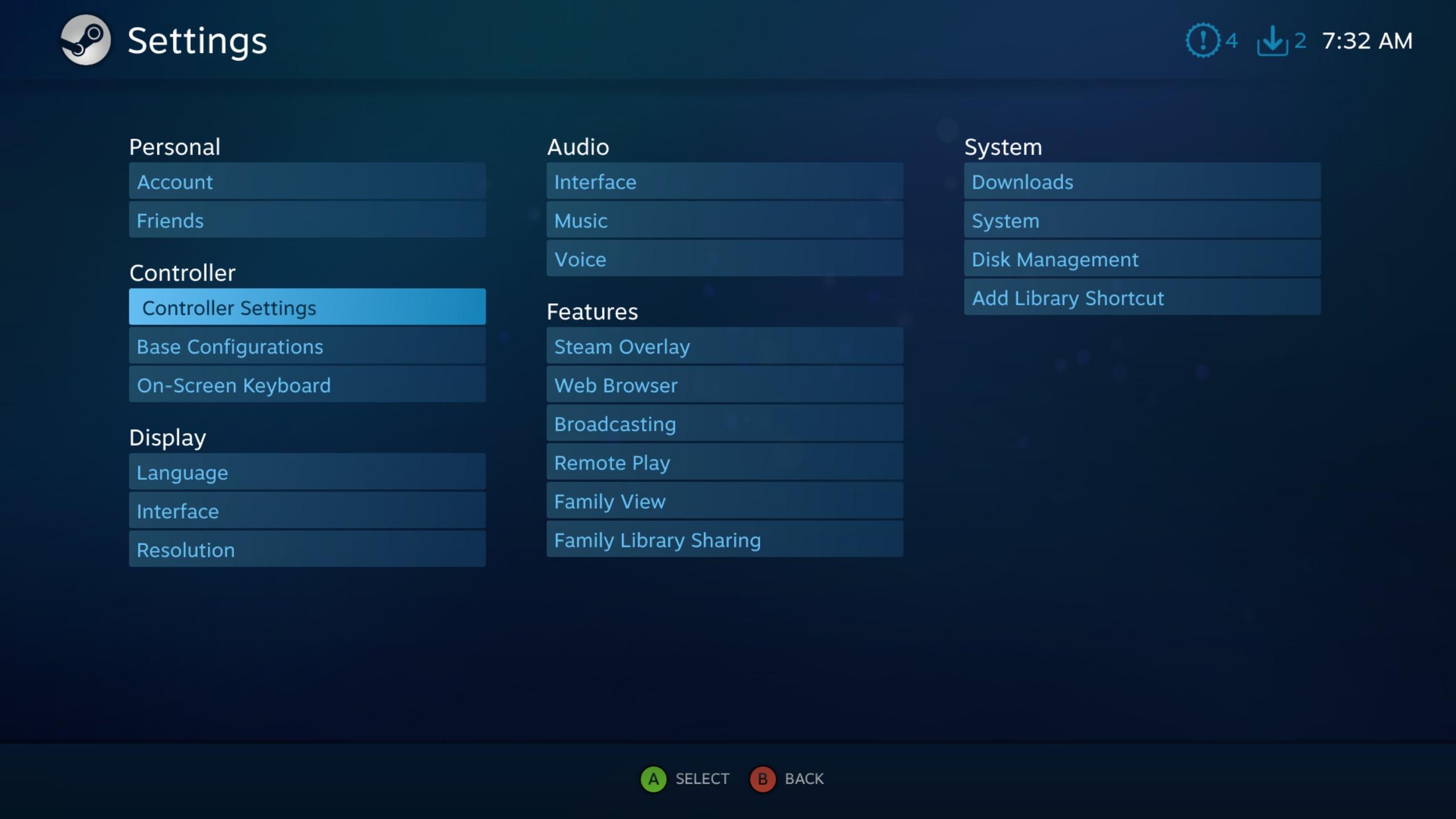 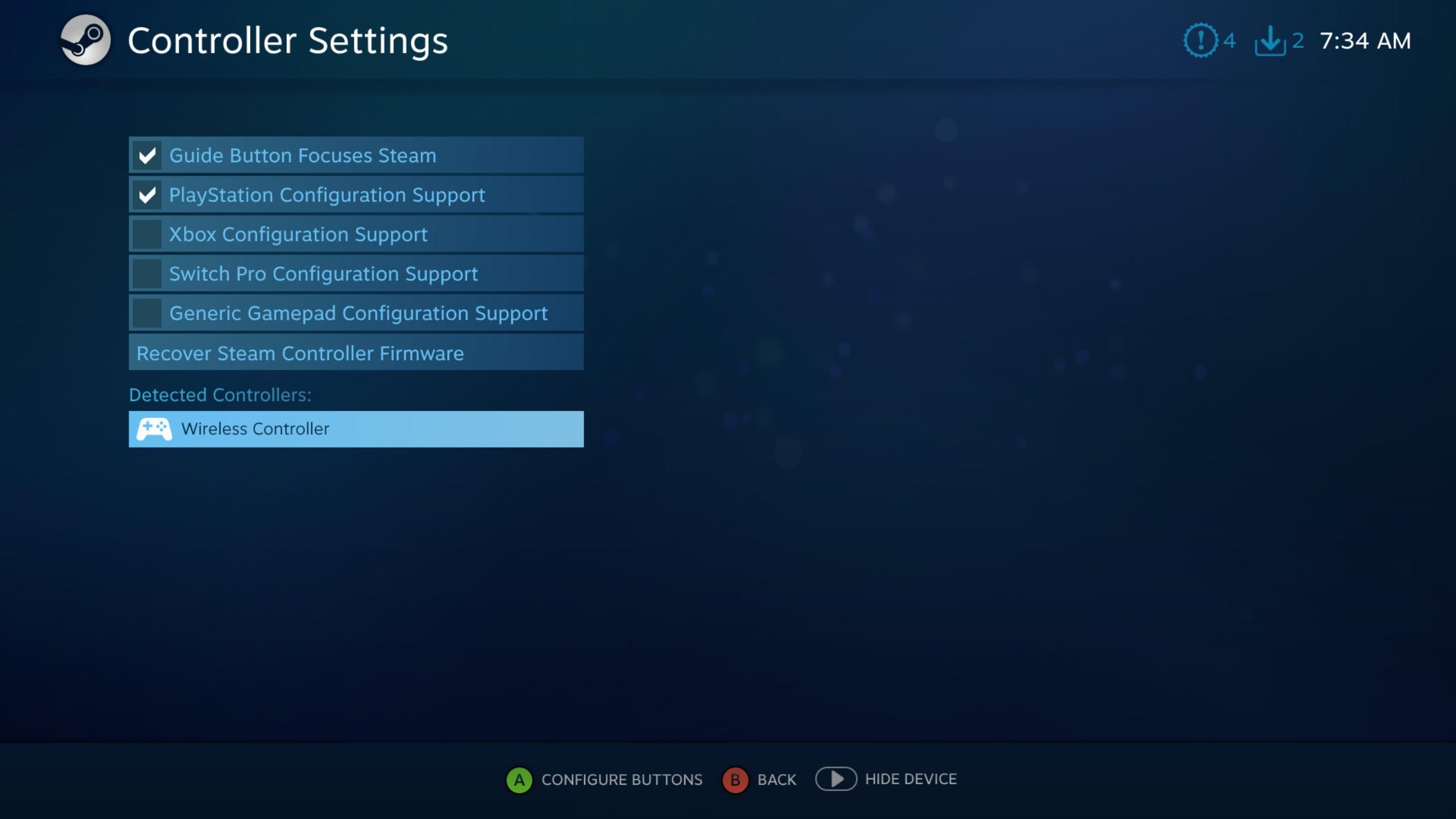 At this point, you’re going to want to select the Wireless Controller and click on it to Configure Buttons. This is where you’ll assign the buttons to match the DualShock 4 layout (never mind that it shows a generic Xbox 360 controller in the configuration menu). Just follow the on-screen prompts and press the corresponding button on the DualSense controller to what appears on screen. 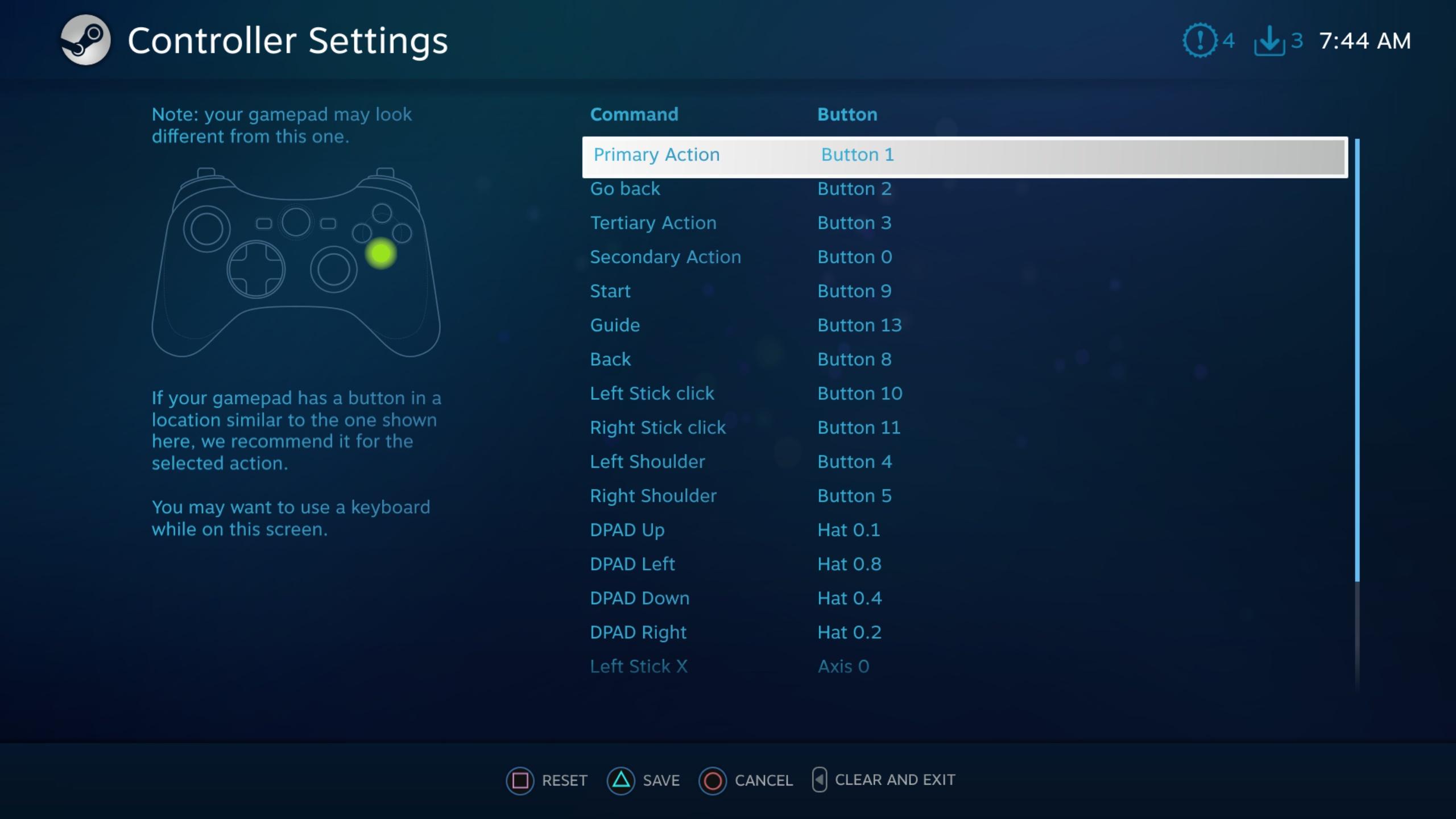 Note: Steam does not natively support the Touchpad as a pointer on the DualSense controller. When you set the Guide button, you can either set this as the PlayStation symbol button or the Touchpad. I went with the PlayStation symbol button which will register as ‘Button 12’ rather than ‘Button 13’. I have heard reports that the DualShock 4 Touchpad could be used on Steam via USB cable, so if you have your hands on a DualSense controller and can get the Touchpad operational, let us know in the comments below and we’ll add the information to this post! 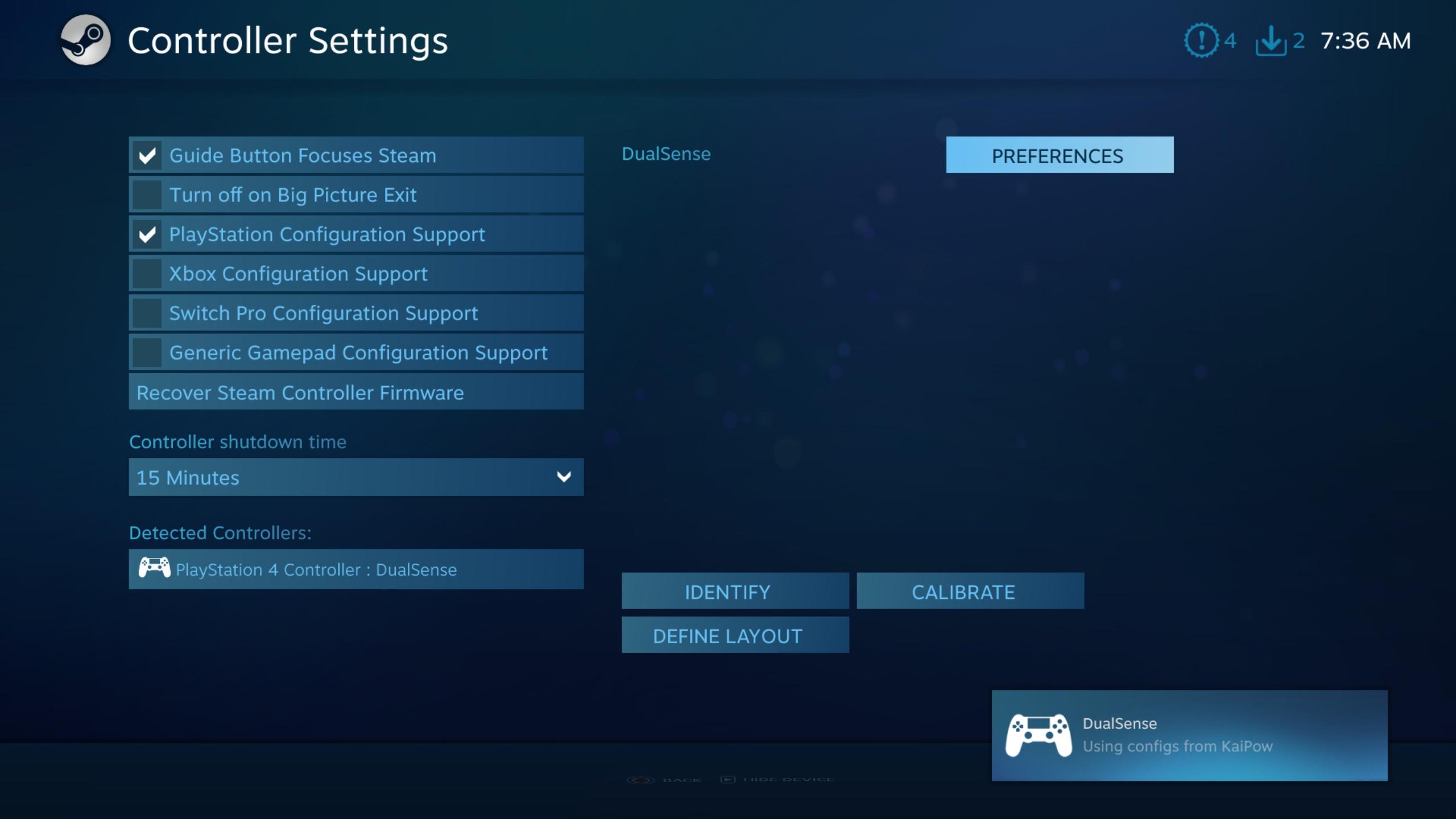 At the moment, there is no software support for the DualSense like DS4Windows. Because of the brand new controller hardware, there are a number of features on the DualSense controller that are not currently supported over Bluetooth (and 1-3 while wired via USB). These include:

On occasion, the PC will register the microphone and speaker on the DualSense controller when it is wired via USB. When it detects the DualSense Wireless Controller as an output device, it can occasionally play through both the speaker and haptic motors. I’ll chalk this one up to a glitch in the system and wait to see what triggers it.

So there you have it! The DualSense PlayStation 5 controller can be configured to work with Steam as a DualShock 4 controller and while you won’t be able to take advantage of the next-gen features such as the adaptive triggers at the moment, perhaps we’ll see more support on the drivers side in the coming months.

If you want to use the DualSense controller on other PC platforms, such as Origin and GOG, we recommend trying out SteamGridDB Manager and importing (almost) all of those other games into one simple launcher. You can download a copy of SteamGridDB HERE.

The PlayStation 5 DualSense controller is currently available from major retailers including Amazon across the world for $69.99

PlayStation 5 Owners Banned for Selling Access to PS Plus Collection…