How to Drive a Ferrari 296 GTB in Fortnite 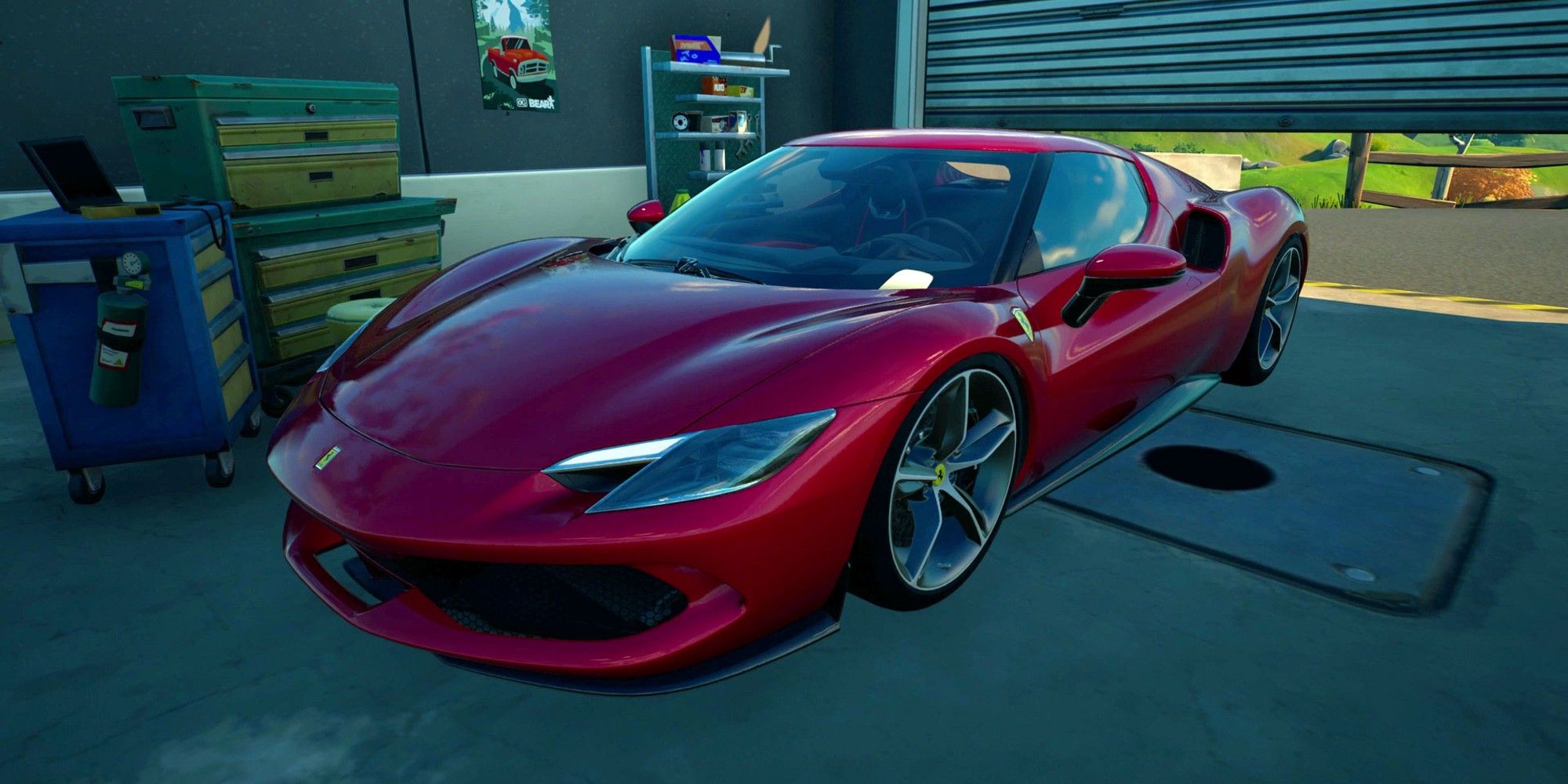 Ferrari has come to Fortnite as the first licensed car available in-game. During Week 7 of Season 7, players must find and drive one to earn XP.

In a surprise move, Epic Games recently partnered with Ferrari to bring the first-ever licensed cars to the Fortnite island, and players can find and drive the Ferrari 296 GTB in any match. To show off the mechanics of the new cars, three of Fortnite’s Week 7 Epic Quests specifically have players getting behind the wheel of a Ferrari 296 GTB and reaching top speeds, driving through the storm, and completing a Time Trial. Players will not only need to find a Ferrari 296 GTB to drive in Fortnite, but will also need to exercise caution when using its speed booster to avoid being stranded in the middle of a quest.

Related: Fortnite: Where to Find Every Week 7 Alien Artifact (Season 7)

The Ferrari 296 GTB spawns fairly sparsely throughout the Fortnite map, making it difficult for players to find one to drive. There are a few spots on the island with reliable spawns and several random spawn locations. Nonetheless, players may struggle to find a Ferrari, much less drive one, in these first few weeks of the crossover. Thankfully, the Epic Quests related to the car should stay active for the rest of Fortnite Season 7, giving players plenty of time to complete them. Once players find a Ferrari in Fortnite, they will want to make sure they have enough gas for it and consider picking up off-road tire upgrades as well. This will help ensure they can stay behind the wheel longer and complete their challenges. Here’s how to find and drive a Ferrari 296 GTB in Fortnite Season 7.

Where to Find a Ferrari 296 GTB in Fortnite

The new Ferrari 296 GTB in Fortnite can most reliably be found at Believer Beach and Lazy Lake. Players have reported seeing one spawn at Believer Beach in front of the hotel or the gas station. There have also been reports that one spawns at the car dealership in Lazy Lake. Ferraris are likely to spawn at these two named locations almost every match, making them good places to start the search. Other reliable locations include the parking garage at Holly Hatchery and the bridge on the east side of Slurpy Swamp.

Like Fortnite‘s generic Whiplash sports car, players may also find a Ferrari at random Garages around the island. These are less static, and players will need to rely on chance and luck to find one.

Once players have found a Ferrari, they will likely face some opposition before they can hop in. It is best to bring a weapon and healing items in case opponents are also nearby. Players may consider landing at or near one of the known spawn locations directly from the Battle Bus, grabbing some starter gear, and moving as quickly as possible to make sure they are the first one to reach the car.

The three Epic Quests in Week 7 of Fortnite Season 7 that require a Ferrari are:

Before setting off to start any of these, players should consider fueling up and searching for off-road tires.

The Ferrari 296 GTB in Fortnite has a Boost ability that allows players to drive at incredible speeds, at a hefty fuel cost. Boost will be required to reach top speed in the Ferrari, but beyond that, it wastes more fuel than it is worth. Players should have no trouble completing the Time Trial or getting through the Storm without using Boost, and they will likely be able to travel for longer distances without it.

Off-road tires make it easier to drive a Ferrari through Fortnite’s common grassy areas, cutting down the time it will take players to reach a specific destination. Unfortunately, like most sports cars, the Ferrari 296 GTB is not built for offroad travel, and players are likely to find it a less-than-pleasant, often perilous ride. Off-road tires will help mitigate these problems somewhat, but players may get the most benefit from sticking to paved roads, especially during the Time Trials.

Next: Where to Construct a Wooden Hatchery in Fortnite (Week 7 Legendary Quest)

New Samsung Galaxy set for camera upgrade, but it’s not what you think