How squid and octopus get their big brains 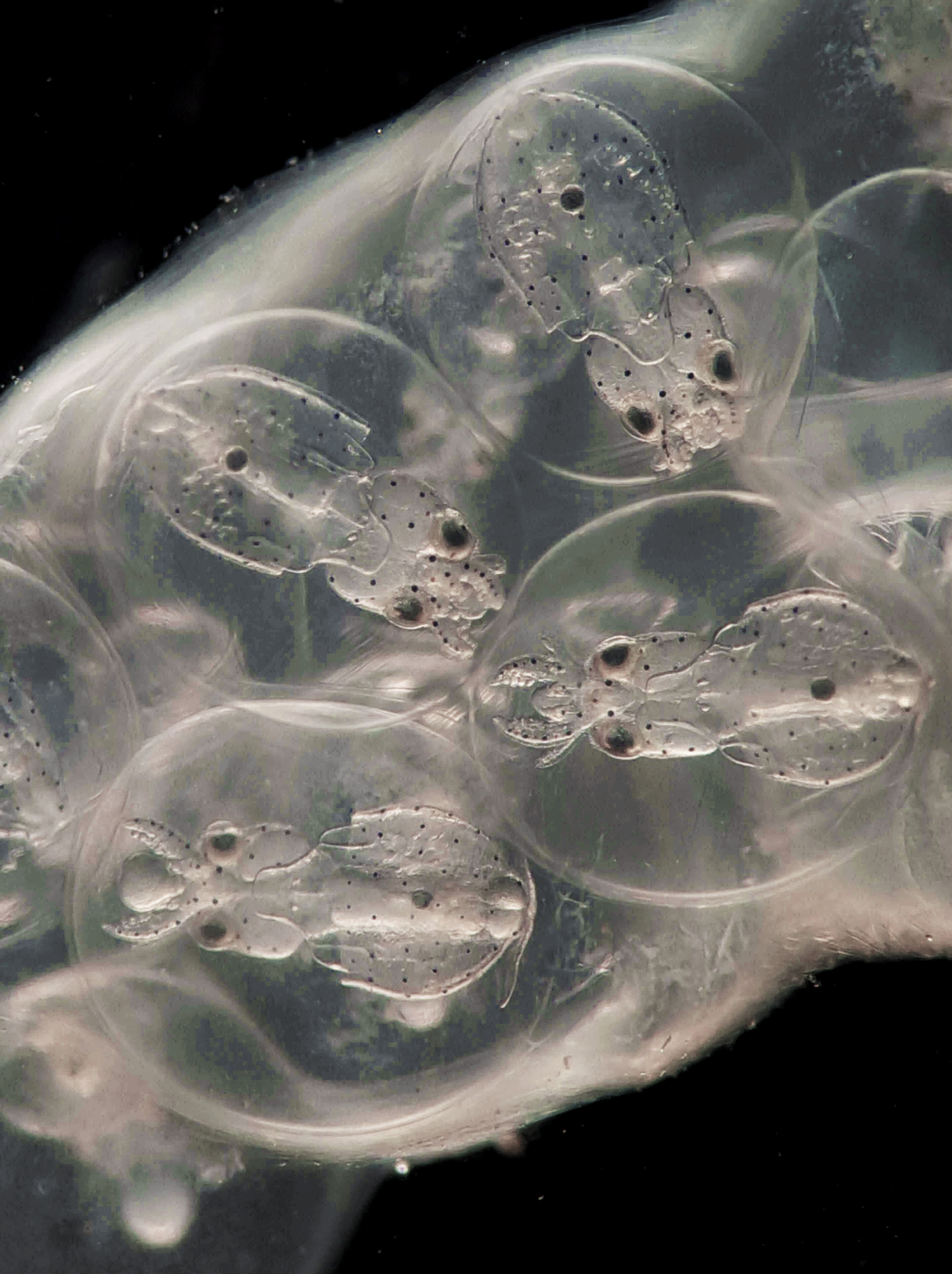 Cephalopods—which include octopus, squid, and their cuttlefish cousins—are capable of some truly charismatic behaviors. They can quickly process information to transform shape, color, and even texture, blending in with their surroundings. They can also communicate, show signs of spatial learning, and use tools to solve problems. They’re so smart, they can even get bored.

It’s no secret what makes it possible: Cephalopods have the most complex brains of any invertebrates on the planet. What remains mysterious, however, is the development process. Basically, scientists have long wondered how cephalopods get their big brains in the first place. A Harvard lab that studies the visual system of these soft-bodied creatures—which is where two-thirds of their central processing tissue is focused—believe they’ve come close to figuring it out. The process, they say, looks surprisingly familiar.

In a study published in Current Biology, researchers from the FAS Center for Systems Biology describe how they used a new live-imaging technique to watch neurons being created in the embryo in almost real-time. They were then able to track those cells through the development of the nervous system in the retina. What they saw surprised them.

The neural stem cells they tracked behaved in an eerily similar manner to the way these cells behave in vertebrates during the development of their nervous systems. It suggests that vertebrates and cephalopods, despite diverging from each other 500 million years ago, are not only using similar mechanisms to make their big brains, but that this process and the way the cells act, divide, and are shaped may essentially lay out the blueprint required develop this kind of nervous system.

“Our conclusions were surprising, because a lot of what we know about nervous system development in vertebrates has long been thought to be special to that lineage,” said Kristen Koenig, a John Harvard Distinguished Fellow and senior author of the study.

“By observing the fact that the process is very similar, what it suggested to us is that these two independently evolved very large nervous systems are using the same mechanisms to build them. What that suggests is that those mechanisms—those tools—the animals use during development may be important for building big nervous systems.”

The scientists from the Koenig Lab focused on the retina of a squid called Doryteuthis pealeii, more simply known as a type of longfin squid. The squid grow to be about a foot long and are abundant in the northwest Atlantic Ocean. As embryos, they look adorable, with big heads and big eyes.

The researchers used similar techniques to those made popular to study model organisms, like fruit flies and zebrafish. They created special tools and used cutting edge microscopes that could take high resolution images every ten minutes for hours on end to see how individual cells behaved. The researchers used florescent dyes to mark the cells so they could map them and track them.

This live-imaging technique allowed the team to observe stem cells called neural progenitor cells, and how they are organized. The cells form a special kind of structure called a pseudostratified epithelium. Its main feature is the cells are elongated so they can be densely packed. The researchers also saw the nucleus of these structures move up and down before and after dividing. This movement is important for keeping the tissue organized and growth continuing, they said.

This type of structure is universal in how vertebrate species develop their brain and eyes. Historically, it was considered one of the reasons the vertebrate nervous system could grow so large and complex. Scientists have observed examples of this type of neural epithelium in other animals, but the squid tissue they looked at in this instance was unusually similar to vertebrate tissues in its size, organization and the way the nucleus moved.

The research was led by Francesca R. Napoli and Christina M. Daly, research assistants in the Koenig Lab.

Next, the lab plans to look at how different cell types in cephalopod brains emerge. Koenig wants to determine whether they’re expressed at different times, how they decide to become one type of neuron versus another, and whether this action is similar across species.

Koenig is excited about the potential discoveries that lie ahead.

“One of the big takeaways from this type of work is just how valuable it is to study the diversity of life,” Koenig said. “By studying this diversity, you can actually really come back to fundamental ideas about even our own development and our own biomedically relevant questions. You can really speak to those questions.”