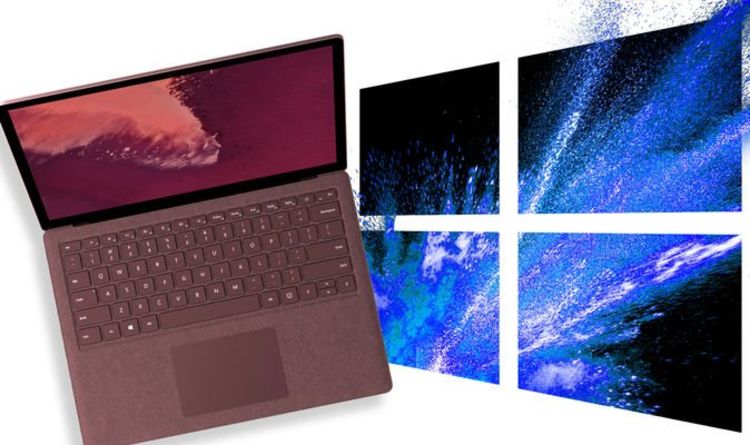 Microsoft has promised to unveil “the next generation of Windows” at an event this week, promising to show off the “most significant update” in a decade. Ahead of the launch event, a leaked copy of a brand-new version of Windows has surfaced online with an almost unrecognisable new Start Menu, rounded corners across the software, and new icon designs.

Dubbed Windows 11 by the leaksters, it is starting to look like Microsoft is poised to announce its first new operating system since 2015.

That’s pretty surprising, not least because Microsoft itself promised that Windows 10 would be “the last version of Windows”. When it launched in July 2015, Microsoft promised that new features and design tweaks would come to Windows 10 over time, but it would keep the same branding and users would subscribe to the software like the hugely-popular Microsoft 365, which unlocks access to Microsoft Word, Powerpoint, OneNote, and more.

But that’s all changed.

With Microsoft set to reveal a new iteration of its desktop operating system in the coming days, what does that means for those who have Windows 10 installed on their machine and don’t want to upgrade? Well, the good news is that Microsoft won’t force you to upgrade the software on your laptop or desktop PC anytime soon. Ahead of the event this week, the Redmond-based company confirmed that Windows 10 will be supported until October 14, 2025.

That means Microsoft will continue to issue regular updates with new features, bug fixes, and most importantly of all, security patches. The latter means you’ll be able to continue using Windows 10 safely as whenever flaws are uncovered by hackers, Microsoft will swiftly issue a fix to help users safe. Using an operating system that’s not supported is dangerous as flaws will never be patched – leaving malware to continue unabated.

Windows 7 launch in October 2009, before being finally retired in 2020. However, some businesses continue to resist the upgrade to Windows 10 and pay Microsoft to receive security updates for Windows 7 Professional and Windows 7 Enterprise. This service isn’t available to individuals. Its successor, and the last version to launch before Windows 10, Windows 8 arrived in October 2012. Support ended in January 2016.

To boost uptake of Windows 10, Microsoft did offer a free upgrader to anyone running an official installation of Windows 7 or Windows 8. It’s unclear whether something similar will be available to those with Windows 10 on their laptop, tablet, or desktop PC this time around.

While Windows continues to dominate the market, sales are dwindling. In 2020 alone, some 275 million PCs shipped worldwide, according to research firm Gartner. However, Google’s low-cost Chromebooks, which are powered by its Chrome OS software that’s based the hugely popular Chrome web browser, shipped almost 30 million units in the same time-frame – representing an 80 percent increase on the previous year. Across 2020, Apple shipped an estimated 22.5 million Mac computers globally, marking 22.5 percent growth compared to the previous year.

While Chrome OS is updated every four weeks, like the web browser, with new features, design tweaks, and security patches – exactly like the web browser that shares its brand name, Apple follows a more traditional software approach. While it will issue regular updates for security and bug fixes, splashy new features are reserved for an annual upgrade, which also comes with a new moniker. Later this year, macOS Monterey is set to bring the ability to move the mouse cursor from to iPad, MacBook and iMac devices signed in with the same Apple ID to drag-and-drop and copy-paste across machines. There’s also improvements to Apple Maps, background noise removal in FaceTime, and a number of other tweaks.

Until recently, Microsoft had developed its own unique release strategy – with two feature-packed updates coming to Windows 10 users each year. The first would launch in the spring, with a second following sometime in the autumn. In the early days of the desktop operating system, these brought new applications, new designs, and new feature galore. However, in recent years, the releases have become a little more subdued.

Microsoft warned users to dial back expectations ahead of the first “blockbuster” update earlier this year. It promised a refreshing new design and a number of features promised for previous updates later this year, however, the latest leak seems to suggest these could now form the backbone of Windows 11.

Express.co.uk will be in the (virtual) audience for the hotly-anticipated event and will bring you all the news around Windows 11. Stay tuned.

AMD and Valve Are Working to Improve the ACPI…