How inflation is influencing the way we think and behave 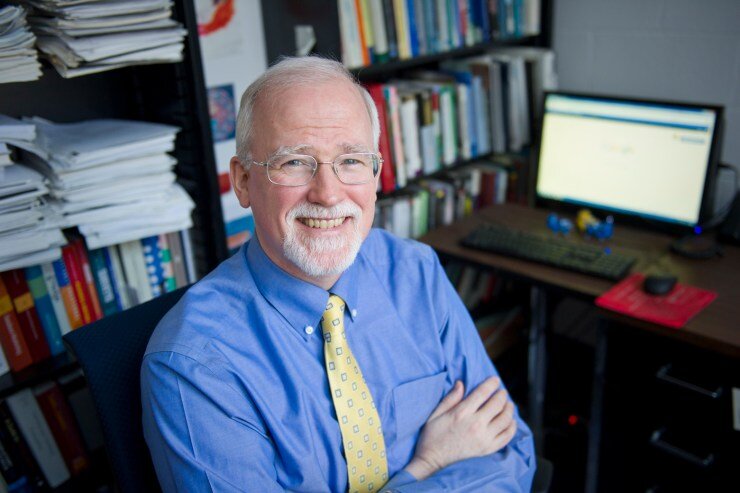 Driven largely by soaring gas prices, inflation reached levels not seen in decades over the last year, according to new Consumer Price Index data. Prices at the pump helped accelerate inflation to 8.6% for the 12 months ending in May, CNN reports—and there seems to be no end in sight.

Such price disruptions are sure to have impacts on consumer behavior. Market-watchers have suggested that an “inflationary psychology” is starting to set in, which describes a situation wherein consumers expect future prices to be higher than they are at present, creating less short-term resistance to spending.

With some consumers willing to spend more to get ahead of inflation, firms are equally willing to raise wages, leading to fears of a “wage-price spiral,” or what’s referred to as inflation’s self-fulfilling prophecy.

Inflationary psychology may just be one ingredient propelling a wage-price spiral, says Rory Smead, associate professor of philosophy at Northeastern, who researches the evolution of social behavior. But the situation is manifold, and it’s hard to predict how consumers will respond to the economy-wide price surge.

“Like anything in the economy—you’re dealing with a really complex system,” Smead says. “Sometimes economists fixate on one or two aspects of the situation that we can understand; but what might cause inflation in one context might cause deflation in another based on what else might be going on in the background.”

Smead says one factor that observers might gloss over as it relates to present economic conditions is just how educated and in-touch with economic news consumers are today compared to decades prior. Social media and the 24/7 news cycle have helped drive information such that consumers develop “generalized inflationary expectations” that in turn influence how they behave, says Bruce Clark, associate professor of marketing at D’Amore-McKim School of Business.

“The first question we might ask is: Do they [consumers] even notice?” Bruce says, “Do they notice that prices have changed, and if so, is it from personal experience, or other people telling them?”

A person’s financial situation bears greatly on how they respond, he says.

“If you’re fairly well off, inflation might be annoying but it doesn’t bother you that much,” he says. “You may order a less-expensive meal, spend more out of savings, for example. It may only hang over you on bigger purchases, like when you go to buy a house.”

Clark says that research shows that consumers by and large notice price fluctuations on items they’ve purchased recently, and that they purchase frequently. You’re more likely to notice a change in the price of coffee, for example, versus the toothpaste that you buy every six months, he says.

And then there is the price of gas—the most visible marker of inflation—which historically plays an “outsized role in how consumers see prices in the economy,” so much so that even many people who do not drive or purchase gasoline are aware of it, Clark says.

The so-called “forward-buying” that characterizes the wage-price spiral is seen mostly in items that can be stockpiled, such as certain kinds of food items. But just how much do consumers accelerate their purchasing during inflationary periods?

“One of the arguments against this is that the other we see in an inflationary environment is that certain people may become more uncertain,” Clark says.

Concerns that the U.S. economy may be headed into a recession may also factor into consumers’ thinking about the future. Some consumers may respond by curbing spending over worries that they could lose their job, or their hours reduced, Clark says.

But one thing is certain: Once the cycle of inflationary psychology begins, it’s hard for economic policymakers to stop it.

“Even figuring out how to correct or design policy around these disruptions can be really, maddeningly complicated,” Smead says.