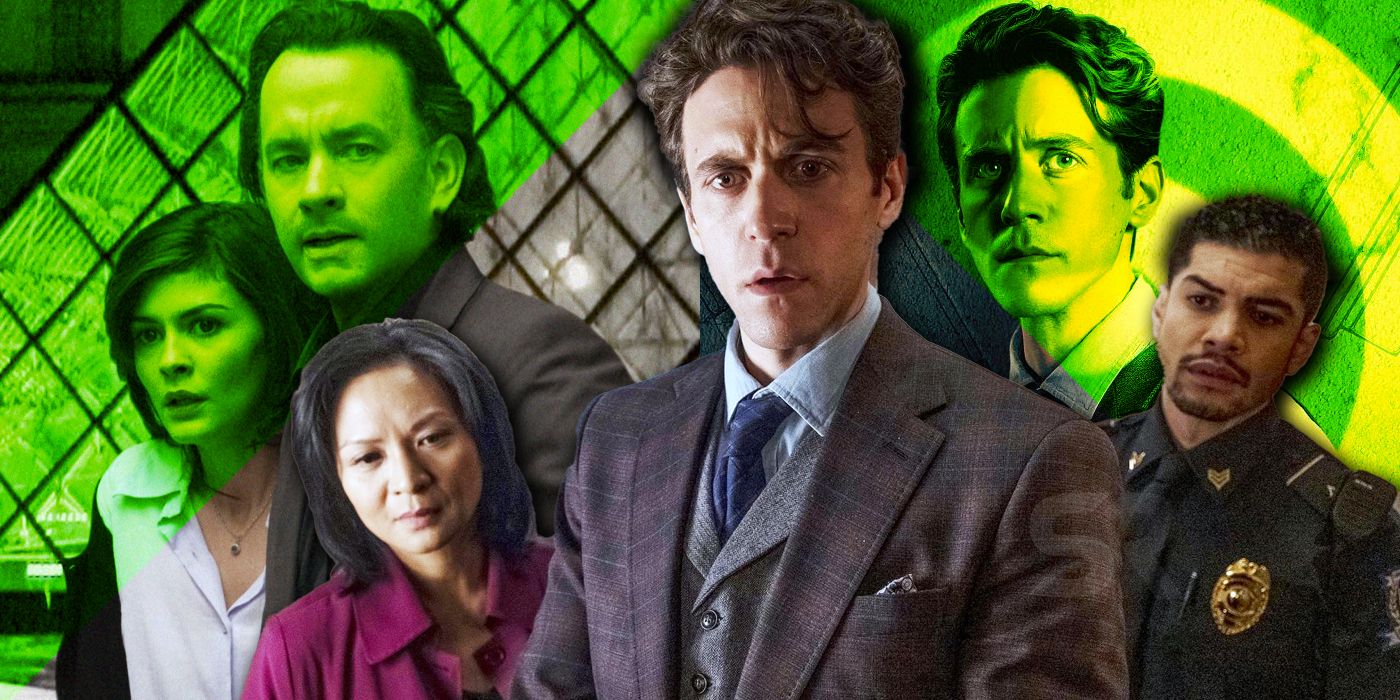 Peacock’s The Lost Symbol reunites viewers with Robert Langdon, but how does this TV series connect to Tom Hanks’ Robert Langdon movies?

The latest Dan Brown novel to get an adaptation is The Lost Symbol, now streaming on Peacock, but is it connected to Tom Hanks’ Robert Langdon movies? Dan Brown has become best known for his thriller novels starring Robert Langdon, the most famous one being The Da Vinci Code. Brown’s novels are all about treasure hunts touching on themes like cryptography and a bunch of conspiracy theories, and they also rely heavily on Christian themes, which have drawn a lot of controversy and criticism.

Still, this didn’t stop Hollywood from setting its eyes on Brown’s books, and in 2006, the cinematic adaptation of The Da Vinci Code was released, directed by Ron Howard and starring Tom Hanks as Robert Langdon. The Da Vinci Code was followed by Angels & Demons in 2009 and Inferno in 2016, all of them with Hanks reprising his role. Now, five years after the release of Inferno, comes the adaptation of the novel that comes before it: The Lost Symbol, but unlike its predecessors, it’s a TV series streaming on Peacock, and it went through a couple of changes in order to fit with the rest of Langdon’s story on the big screen.

The Lost Symbol is the third book in Brown’s Robert Langdon series and is set after the events of The Da Vinci Code. It follows Langdon as he’s hired by the CIA to solve a series of complex, deadly puzzles related to the disappearance of his mentor, Peter Solomon. The Lost Symbol deals with Freemasonry and sees Langdon trying to uncover the truth about the secret society of the Masons and its many followers. The Lost Symbol is the first of the Robert Langdon adaptations to not star Tom Hanks, but it’s still connected to the movies as the series serves as a prequel, thus following a younger Langdon, played by Ashley Zukerman (Sheriff Goode/Solomon Goode in Netflix’s Fear Street trilogy).

The Robert Langdon novels have been adapted to film and TV out of order, so it shouldn’t come as a big surprise that The Lost Symbol, even though it comes before Inferno and after The Da Vinci Code, was changed to be set before the events of the movies. The Lost Symbol was originally going to be a movie, with Tom Hanks back as Langdon and with Ron Howard attached as producer and director, but in July 2013, Sony Pictures announced they were going to adapt Inferno instead. The project was picked up again in June 2019 and reworked as a TV series titled Langdon, and in March 2021, the series found a home in the world of streaming thanks to Peacock. The Lost Symbol consists of 10 episodes, released weekly on Thursdays and with the first three now available to stream.

Of course, turning this sequel into a prequel isn’t the only change The Lost Symbol went through in this adaptation, with the roles of some of the main characters also different from the ones they have in the book, but it’s all for the sake of the narrative and the continuity of the overall series of Robert Langdon movies and TV shows. It’s to be seen, however, how well The Lost Symbol will fit with the movies led by Tom Hanks, but hopefully, fans of the books will be satisfied with the changes and its connections to the rest of the Robert Langdon saga.

Next: Robert Langdon Franchise Recap: What To Know Before The Lost Symbol

This Beloved Netflix Movie Trilogy Is Getting a Spinoff TV Show

New Eternals Video Confirms That Superman Exists In The MCU

This Beloved Netflix Movie Trilogy Is Getting a…