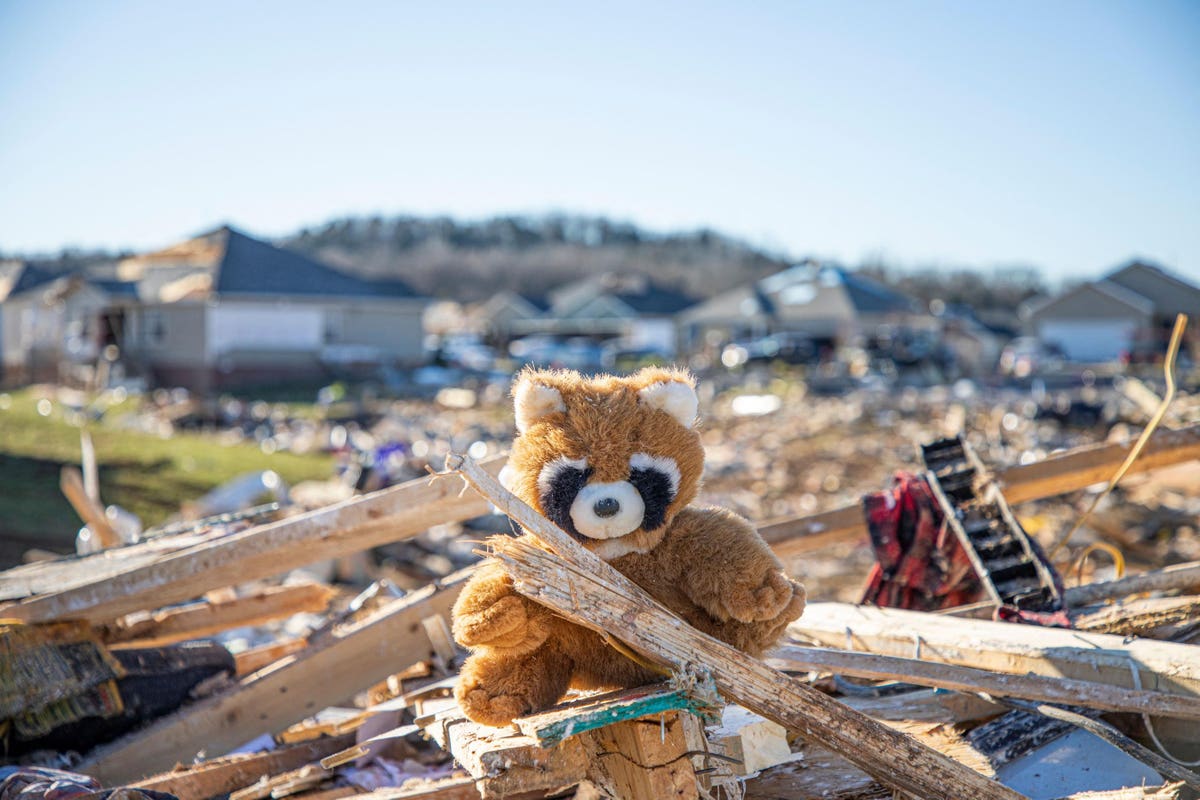 Climate science is hard. Like other aspects of my field, it is a science steeped in fundamental understanding of dynamics, thermodynamics, non-linearities, and multiple system interactions. The good news is that climate change is being discussed with greater vigor. The bad news is that some of that discussion is cringe-worthy. Recent tornado outbreaks sparked a frenzy of coverage about connections to climate change. In my view, some of the messaging spun out of control.

I appeared on a media outlet to give a science-based assessment of the topic, yet the next day another guest on the same network said things counter to my statements the previous day. In that moment, it was clear to me why the public might be confused. The average person is probably not as attentive to the latest scientific literature or studies. Therefore, they rely on filtered information from articles, blogs, television programs, and social media. It is a Wild West of science information out there. In 2020, I wrote an article entitled, “A Guide To Consuming Science Information Online – Be Careful.” I explained that all written sources of information are not created equal when it comes to science information.

These days any major weather event stirs discussion about linkages to climate change. You will get camps making beelines to their corners – “See, this is climate change” or “The science isn’t settled, it’s a cycle or a hoax” (and everything in between. In real-time, I usually like to confront the weather disaster first because lives and property are at stake. However, it is so last century to deny that climate change is real and is impacting extreme weather today. Numerous attribution studies confirm that DNA of climate change is likely present in contemporary heat waves, floods, droughts, and tropical cyclones. Yes, there are challenges with attribution studies, but as we move forward in time, they are improving.

There is, however, less conclusiveness about the linkage between climate change and tornadic storms. A recent study by Jeff Trapp (University of Illinois, Urbana-Champaign) and colleagues was presented at the 2021 American Geophysical Union around the time of the December outbreaks. The preliminary findings suggested that winter tornadoes would increase because increased climate warming. These authors are very credible, and scholars whom I trust on the topic. Yet, much of the media coverage that I saw only. loosely mentioned that the study was presented at a conference and provided very little context for readers that findings had not been peer-reviewed. Other experts whom I also trust like Professor Victor Gensini (Northern Illinois University) and Dr. Harold Brooks (NOAA) raised appropriate cautions given that it was only one study but also noted plausibility of aspects of the study.

Don’t miss my point here. My objective is not to throw water on the study. Trapp is an amazing, well-published and respected scholar with important publications on how tornado environments are responding to climate change. I look to this group’s work on the topic frequently. I am sure the study is likely progressing towards or in the peer review process. My point here is to encourage science communicators to clearly lay out the differences between a study presented at a conference and one that has gone through the rigorous peer-review process. A random cousin of mine (or yours) is likely not be able to identify such nuances nor should they be. By the way, I highly recommend this piece in The Conversation by Professor John Allen for a snapshot of what we can credibly say about that connections between climate change and tornadoes at this time.

I reached out to Professor Allen for his thoughts on messaging in the aftermath of the December tornadoes. The Central Michigan University scholar told me, “There is a philosophical point where I think we have to be careful to know the limits of our expertise and capability when agreeing to interviews.” I am a scientist who receives media requests frequently. There are so many media outlets these days that content is at a premium and so are “talking heads.” Relative to the audience, I probably can speak to a range of weather, climate, and Earth science topics. Though my degrees are in meteorology, I get asked about wildfires, tsunamis, meteors, and other basic topics, and it is usually ok.

However, we all have limits. Allen goes on to say, “While we might be able to talk about other fields at a basic level, for most of the science (particularly regarding climate change), it is often the nuance which defines what we are able to say – and familiarity with the latest developments in the field tends to be where this is exposed most.” Such nuances can be even more challenging for an “expert” speaking without firm meteorological or climate science grounding.

However, Allen noted that he saw some good things as well. Referring to his interviews, he told me, “There was good depth of knowledge from the media side – they were trying to get to a point where they could summarize the field….they also asked the probing questions to ensure that I knew what I was talking about.” There are some amazing weather-climate journalists out there so the criticisms herein are not intended to be broad stroke.

Expert saturation is another problem. In the midst of events like the December tornado outbreak, journalists are seeking input from experts. Many of the experts become overwhelmed by the requests. It is a double-edged sword. Scholars like Trapp, Brooks, Gensini, and Allen have achieved a certain level of credibility and become “go to” sources. However, when the expert pool “saturates,” there can be a tendency to move to other options. Often, those options are mostly just fine. However, some choices end up being cringe-inducing. Professor Victor Gensini, an expert at Northern Illinois, told me the saturation thing is real. He has done over 50 interviews in the past week and referred 30 others. He wrote, “Honestly, I share a very similar sentiment to you….I think the real issues arise when ‘fringe field’ experts come in and try to apply their perspective and research to the question of the day.”

By the way, I think we finally moved the narrative beyond false equivalency requirement of “both sides.” Yes, there are uncertainties and unanswered questions that should be addressed, but journalist colleagues have told me that 50/50 weighting approach is fading with topics like climate change, evolution, or the pandemic. There aren’t two sides to whether the sun will set tonight or whether a ball will fall from your hand if dropped. Aspects of climate science fall into similar categories.

At the end of the day, there are multiple messages and messengers out there. This is not going to change. How can we deal with conflicting narratives in real-time, poor science grounding by some talking heads, or the saturation problem. I am not sure. That’s a future article, but let’s start think about it.

Denial of responsibility! TechCodex is an automatic aggregator of the all world’s media. In each content, the hyperlink to the primary source is specified. All trademarks belong to their rightful owners, all materials to their authors. If you are the owner of the content and do not want us to publish your materials, please contact us by email – [email protected]. The content will be deleted within 24 hours.
attributionClimate Changeglobal warmingHarold BrooksMediaNOAAoutbreakssevere weather
0
Share

The Echo Show 15, Amazon’s newest Alexa device, is big and beautiful but not brainy enough

The Punisher Movie Gets 4K, Blu-ray Steelbook With Bonus Content

How should the world’s governments respond…