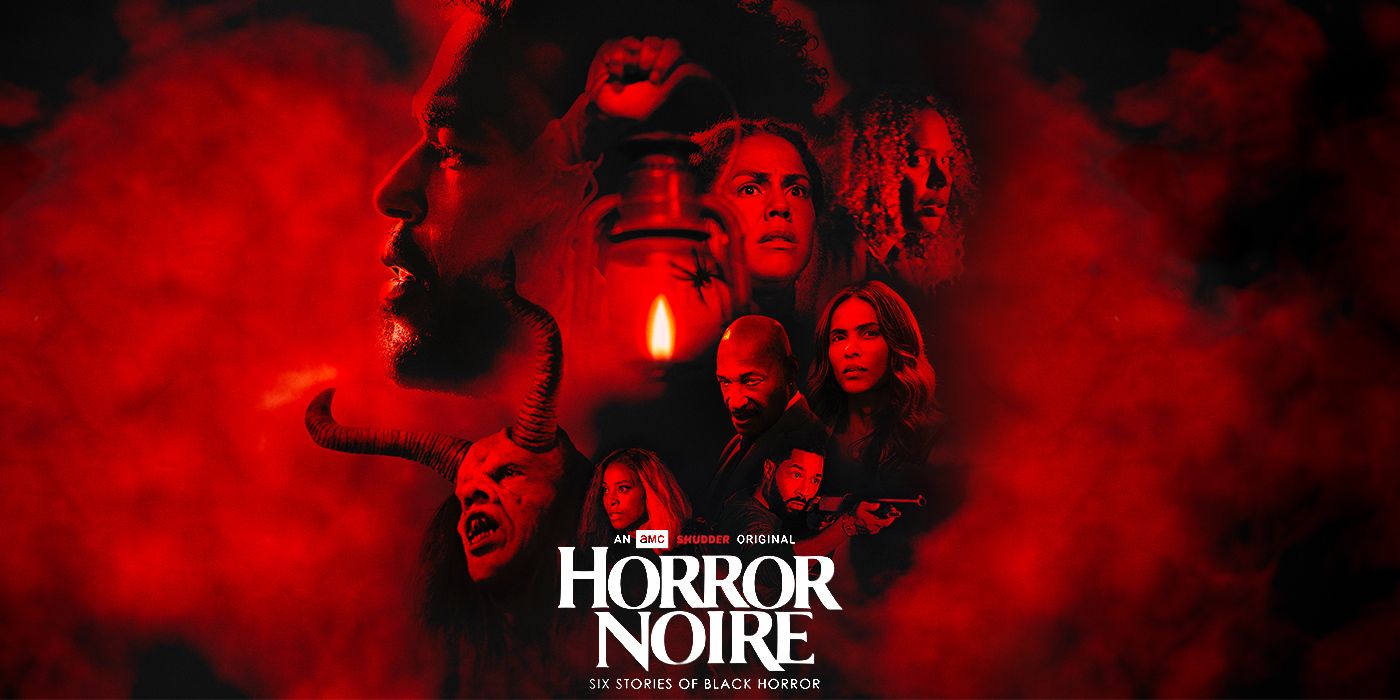 The horror-based subscription service Shudder released a trailer for the anthology film Horror Noire. The film is a follow-up to the critically acclaimed 2019 documentary Horror Noire: A History of Black Horror.

The documentary featured interviews with numerous African-Americans with experience and expertise in the horror film industry. It focused on the depiction of African-Americans in film and the roles they have played in the evolution of the horror genre. It included interviews from director and actor Jordan Peele (Get Out, Us), Ken Sagoes (A Nightmare on Elm Street 3: Dream Warriors), and director William Crain (Blacula) among others.

Now Shudder is expanding the concept, showcasing six new stories, directed, written by, and starring Black creators and performers. Writers for the anthology series include husband-and-wife writing due Tananarive Due (My Soul to Keep, Horror Noire: A History of Black Horror) and Steven Barnes (Lion’s Blood), Ezra Claytan Daniels (BTTM FDRS), Victor LaValle (The Ballad of Black Tom, The Changeling), Shernold Edwards (All Rise, Anne with an E), and Al Letson (Reveals).

The six stories will premiere together in a two-hour film format. Horror Noire is set to debut Thursday, October 28 on Shudder as well as via AMC+ bundle. Horror Noire will air on AMC at a later date as well. Titles featured in the anthology are Daddy, Brand of Evil, Bride Before You, Sundown, The Lake, and Fugue State.

The star talks all things ‘The Matrix,’ from martial arts to what we can expect from his new take on the beloved character.

Shawnee Haas is a TV/Movies News Writer for Collider. She graduated in 2021 from the University of Central Florida with a bachelor’s in Film & TV Production. She enjoys writing nonfiction and creative fiction pieces in her free time and watching classic horror movies with her friends.