Developed through a partnership with New York-based company Velan Studios, Home Circuit has players setting up courses with special gates in the real world. These gates then create a virtual race track players experience in augmented reality and actual physical space in the real world.

While Nintendo’s press release is a little confusing, players seem to be able to control their real-world kart through in-game actions.

Home Circuit also supports multiplayer for up to four players, though the game’s press release mentions this requires “additional games, systems and karts.” 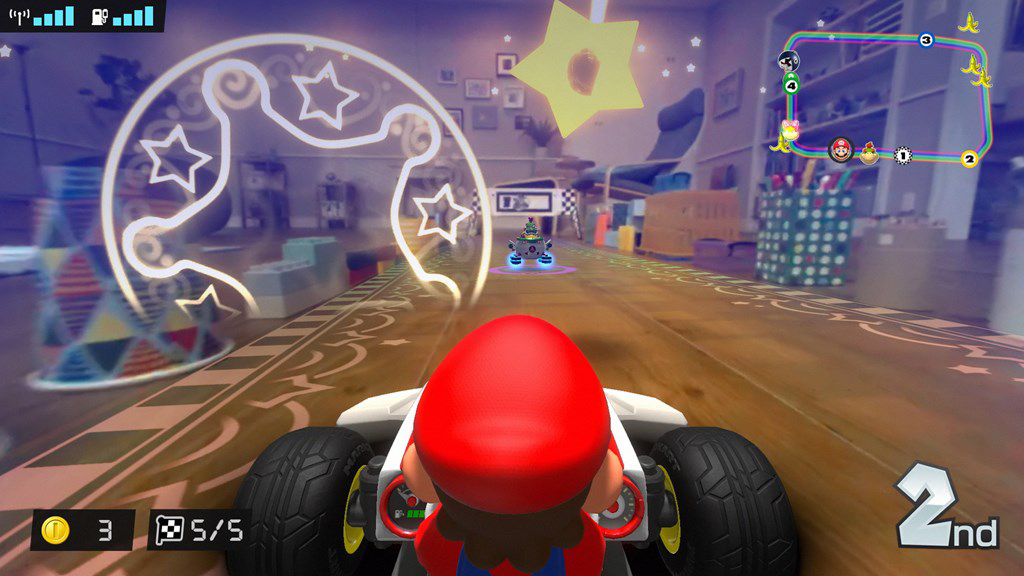 The game’s trailer shows a child playing Mario Kart Live: Home Circuit on the Nintendo Switch as a toy version of Mario and his kart races in the real-world living room.

The Astronomical Grit Of Ronald McNair