Hocus Pocus 2 Early Reactions Call It Magical, as Good as the Original 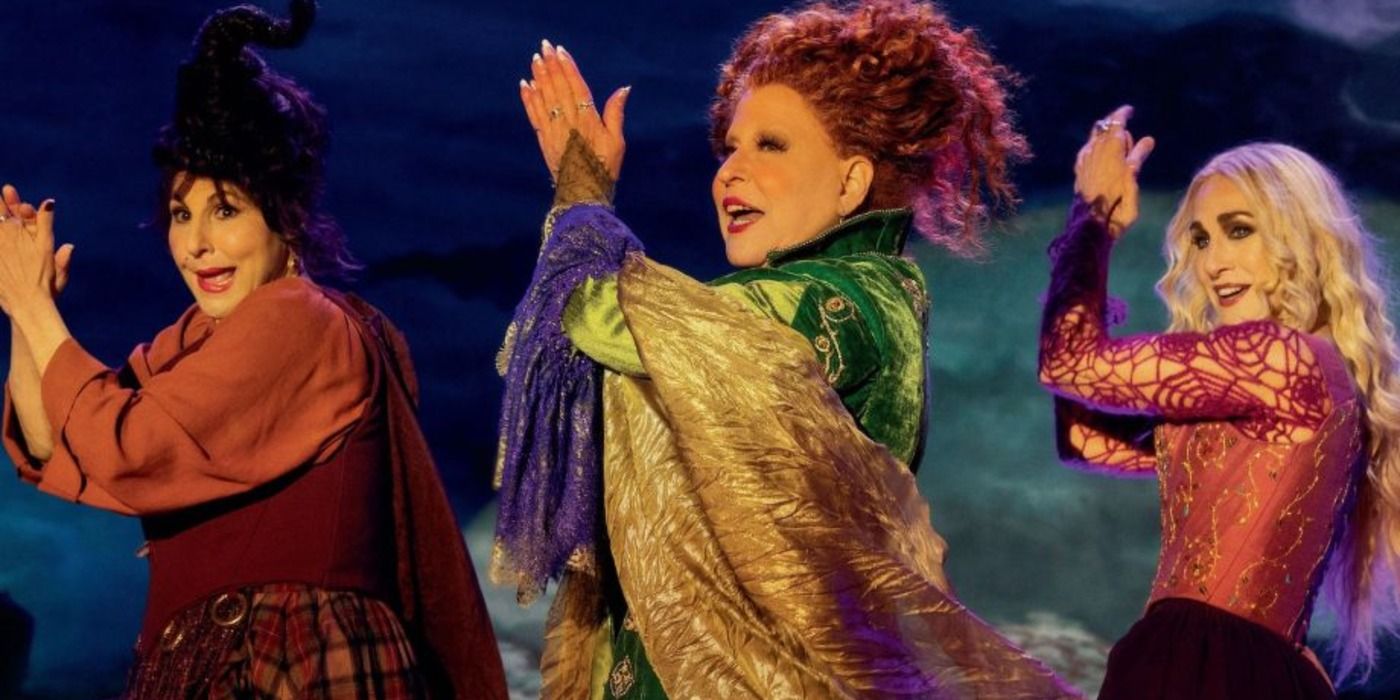 Nearly 30 years ago, three long-dead witches attempted to achieve eternal life and beauty by way of sucking the souls of Salem’s children in the 1993 Halloween classic Hocus Pocus. Starring Bette Midler, Kathy Najimy, and Sarah Jessica Parker as witchy siblings Winifred, Mary and Sarah Sanderson, Hocus Pocus became a spooky season must-watch for everyone who grew up with it and fell in love with the sisters fish-out-of-water antics, and the adventures of the three children who have until sunrise to stop them. And now, three decades later, the Sanderson sisters are back for Hocus Pocus 2, just in time to put a spell over a whole new generation.

In addition to bringing back the three sisters, the film also sees the return of Star Trek Discovery‘s Doug Jones as Billy Butcherson, Winifred’s former lover who rose from the dead in the original film to help the kids bring his ex-girlfriend’s schemes to an end. Also joining the cast are franchise newcomers Whitney Peak as Becca, Lilia Buckingham as Cassie, Belissa Escobedo as Izzy, Tony Hale as Jefry Traske, and Sam Richardson as Gilbert, and Froy Gutierrez as Mike. Additionally, Ru Paul’s Drag Race stars Ginger Minj, Kornbread Jete, and Kahmora Hall will portray drag queens dressed as the Sanderson sisters. Finally, Ted Lasso star Hannah Waddingham appears in the film as The Witch

The story of Hocus Pocus 2 will follow two teenagers who light the mysterious Black Flame Candle and inadvertently bring back the Sanderson sisters. Judging by the trailer, it seems the movie will also explore the threee witches’ backstory as well. According to early reviews, the film puts a fresh take on a nostalgic story, and is simply enchanting.

Big Gold Belt Media, Joshua Ryan, Josh Jones, Ashley Saunders all praise the film recapturing the magic of the original, not an easy feat when the first is such a beloved Halloween classic.

Guy At The Movies, Cinema Stubs, and Kami Allen praise the performances in the film, singling out Midler, Najimi and Parker for effortlessly reprising their roles, while also giving credit to the new cast as well.

Mike Reyes praises Anne Fletecher‘s direction, saying that while the film is not as dark as the first, it is still just as fun, while Tessa Smith calls the film hilarious and unexpectedly emotional:

Hocus Pocus 2 flies onto Disney+ on September 30. In the meantime, before your own journey back to Salem, you can check out the trailer below: