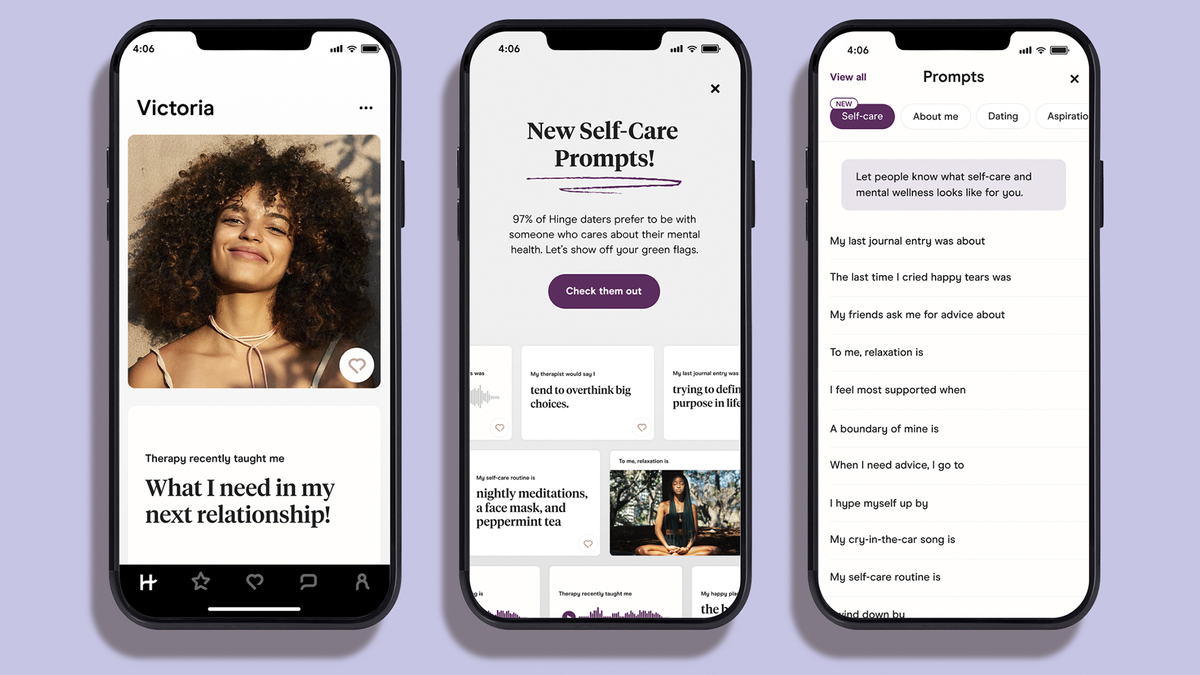 Match Group has announced that its dating app, Hinge, is getting a selection of new self-care prompts later this month in order to encourage conversations and reduce the stigma around self-care.

Available on iOS and Android, Hinge is trying to use algorithms to match single people up with others, based on personalities and answers that you give when you first sign up.

According to Hinge’s own research, only 9% of the app’s UK users felt comfortable talking about therapy on a first date. This figure is surprisingly low, considering that the research also indicated that 97% of users wanted to date someone who is “open and actively taking care of their mental health.”

To try and close that divide between statistics, Hinge is implementing new prompts into users’ profiles later this month. These will include ice breakers such as “My self-care routine is…” and “My therapist would say I…”, which Match Group hopes will encourage Hinge users to more openly talk about their mental health.

Regardless of whether you’re using Hinge and hoping to get more dates or not, conversations about mental health being more open and having less stigma around them is undoubtedly a good thing.

That being said, it’s hard to think that Match Group is being truly altruistic in this update, as the press release boasts about how this feature will increase the success rate of dates, rather than the good it could do to society and the dating ecosystem that it has morphed through apps such as Tinder.

Currently, it is unclear if Match Group is really committed to the mental health of its users across its suite of dating apps. However, it’s a good start regardless, and having these prompts will help to break the ice for those who may be wary of using dating apps, or meeting a potential new partner.