Here Are The States Searching Most For Unproven Covid ‘Cure’ Ivermectin 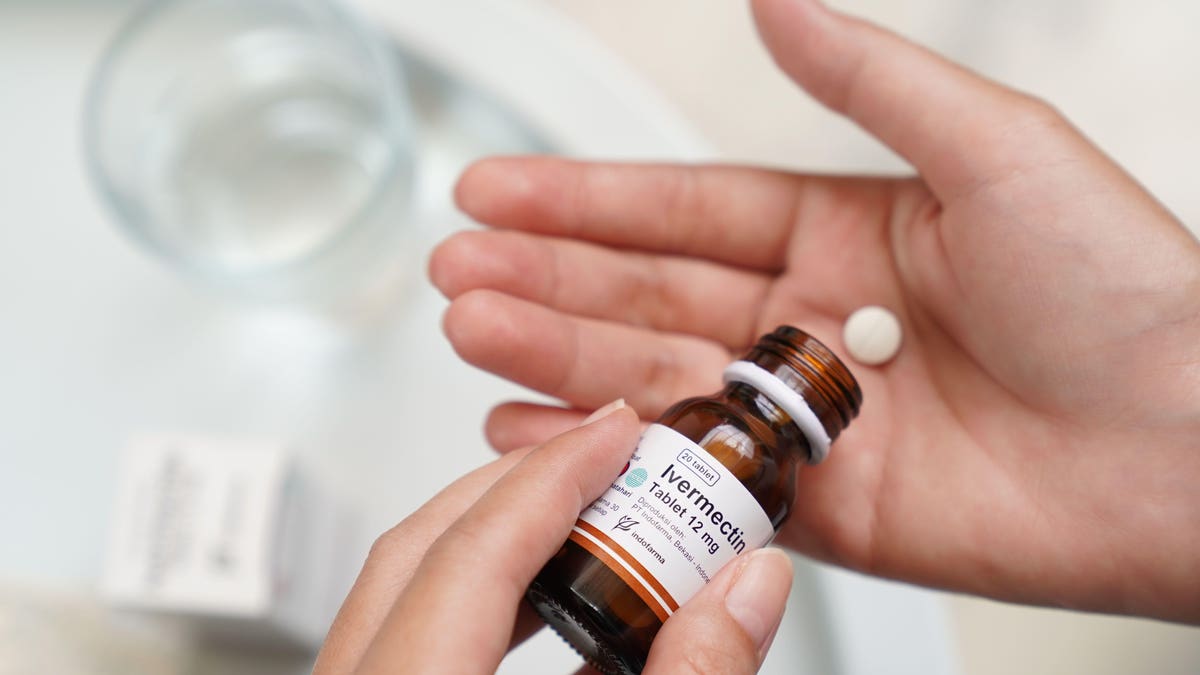 Interest in ivermectin, an antiparasitic drug falsely touted as a Covid-19 cure, has soared in the U.S. alongside rising cases, hospitalizations and deaths from coronavirus, with online searches for the drug spiking — along with  calls to poison control from people taking versions of the drug meant for animals—especially in these states.

Google Trends data from the past twelve months show a sharp increase in U.S. searches for “ivermectin” starting to rise around the middle of July and reaching peak interest in the last week of August and the first week of September.

The five states searching for “ivermectin” the most—relative to the number of overall searches in that state—over this time period were, in descending order: Oklahoma, Alabama, Arkansas, Mississippi and Louisiana, states with some of the lowest vaccination rates in the country.

Data from the last seven days highlights a similar, though shifting picture, with Oregon, Oklahoma and Arkansas, respectively, the three states searching most for the drug and Idaho coming in fifth.

Google Shopping search data from the last seven days underscores widespread interest in obtaining the drug for treating or preventing Covid-19 despite it not being approved for this purpose and searches spiked most in states with poor vaccine coverage—though Hawaii was again an exception to this and had the most searches for the term “ivermectin,” followed by Oklahoma, Wyoming, Arkansas and North Dakota.

There was also a general surge in related queries on Google Shopping over the past seven days, including “ivermectin coronavirus” and “ivermectin apple paste,” an apparently popular product meant for horses, which both jumped 250% nationwide, and “ivermectin covid 19 treatment,” which jumped 170%.

While the Food and Drug Administration says ivermectin should not be used to treat or prevent Covid-19, it is authorized for human use in the U.S. to treat some parasite infestations and the skin condition rosacea. In spite of this warning, prescriptions for the drug have soared. Experts are more concerned about those seeking the drug who can’t obtain a prescription, however, with many reportedly turning to more readily available products intended for livestock, according to regulators, poison control centers and hospital workers. Animal supply stores report unprecedented demand for the drug. Google Shopping search data from the last week underscores widespread efforts to secure the drug, with terms inquiring about human dosage, various animal products (usually various formulations or pastes for cows or horses) and getting a prescription jumping 40-100%. With increasing numbers of people seeking out ivermectin meant for animals—which does not undergo the rigorous vetting human medication does, is potentially much stronger and could contain harmful additives—already struggling hospitals could be facing an uptick in patients who have unwittingly overdosed.

Worldwide interest in ivermectin has started to swing towards the U.S., according to Google search data. For most of the pandemic, searches for the drug have been popular in countries like South Africa, Namibia and Slovakia. Slovakia’s government promoted the drug and black markets emerged in Namibia and South Africa to meet demand. More recent data, especially over the last month, shows an increasing—and now leading—proportion of global searches for the antiparasitic coming from the U.S.

U.S. searches linking ivermectin and the 2015 Nobel Prize have increased by more than 1,000% in the last week. The drug did indeed earn its discoverers the 2015 Nobel Prize, something which is featured prominently in the materials of people promoting the drug for use against Covid-19 online. The award was not, however, for its apparent utility against Covid-19. The awarding committee commended the discoverers for having provided “humankind with powerful new means to combat… debilitating diseases that affect hundreds of millions of people annually” caused by parasites. Other Nobel-winning innovations that are also not proven to help tackle Covid-19 have not received similar levels of enthusiasm to ivermectin. In 1949, Antonio Egas Moniz shared the prize for his development of the lobotomy, a controversial—and now discredited—surgical procedure to cut away parts of the brain in the hope of curing mental illness.

Ivermectin showed early promise as a Covid-19 treatment. These have not borne out and multiple, rigorous studies undertaken since have repeatedly determined the drug to be of no benefit in treating people with Covid-19. One of the most promising papers supporting the drug’s use was withdrawn over concerns of data manipulation. Neither its manufacturer nor leading medicines regulators endorse its use for Covid-19 and actively recommend against this. Despite this, ivermectin has quickly acquired a reputation as a “miracle cure” and has been embraced around the world throughout the pandemic, particularly in Latin America, South Africa, the Philippines and India and by many, typically vaccine-resistant, groups in the U.S. As with many matters related to the pandemic, online misinformation is rife. Ivermectin is no exception, and major platforms like Amazon, Reddit and Facebook have all taken steps to address reported issues on their respective platforms.

Ivermectin–Widely Used To Treat Covid-19 Despite Being Unproven–Is Being Studied In The U.K. As A Potential Treatment (Forbes)

Demand Surges for Deworming Drug for Covid, Despite Scant Evidence It Works (NYT)

Full coverage and live updates on the Coronavirus

Denial of responsibility! TechCodex is an automatic aggregator of the all world’s media. In each content, the hyperlink to the primary source is specified. All trademarks belong to their rightful owners, all materials to their authors. If you are the owner of the content and do not want us to publish your materials, please contact us by email – [email protected]. The content will be deleted within 24 hours.
coronavirus treatmentcovid curehawaii ivermectinhorse pasteIvermectinivermectin nobel prizeivermectin prescriptionlivestock drugs
0
Share

Genshin Impact The Catch and where to find Raimei Angelfish, Golden Koi, and Rusty Koi