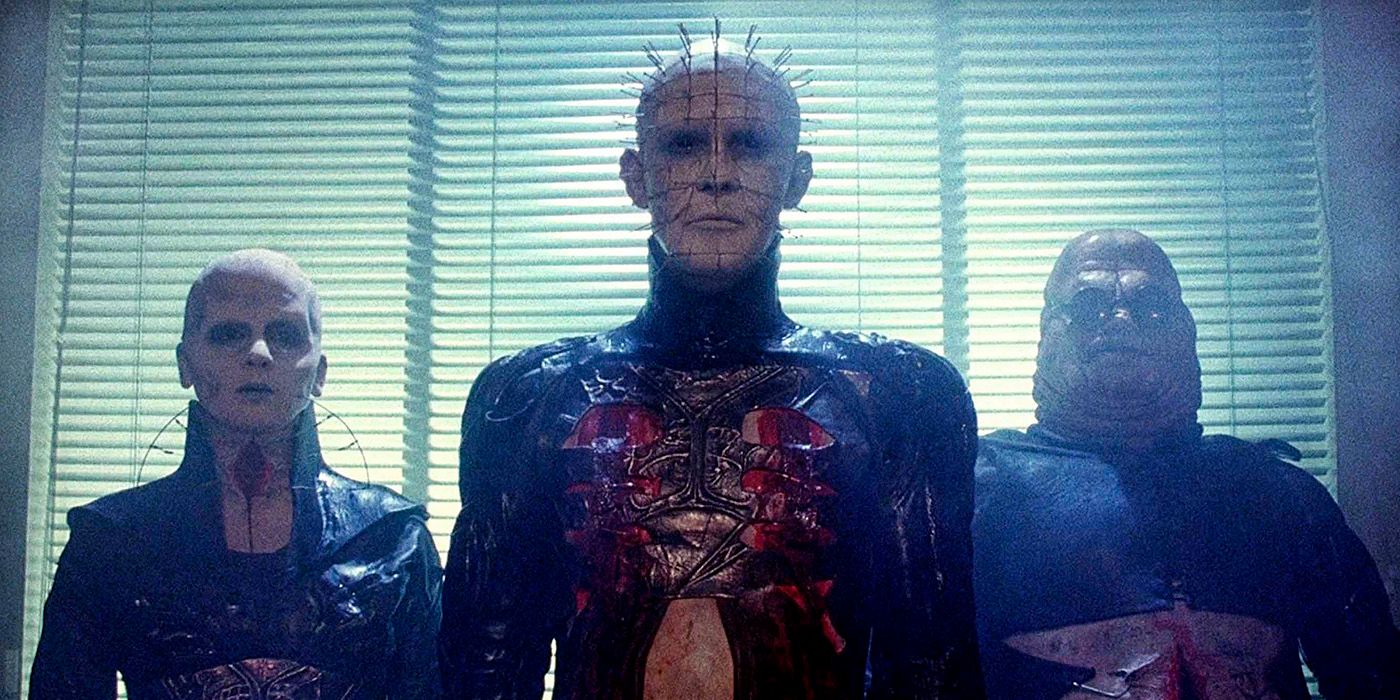 The upcoming Hellraiser reboot producer, David S. Goyer, teases “jaw-dropping” footage from the film, which is currently in production.

David S. Goyer has officially teased some “jaw-dropping” first footage from the upcoming Hulu-bound Hellraiser reboot. The Dark Knight trilogy alum is producing the update of the cult horror classic, which The Night House’s David Bruckner is directing. It is currently eyeing a 2022 release on the streaming platform.

Birthed from the mind of Clive Barker, the original Hellraiser film was loosely inspired by the novella, The Hellbound Heart – also written by Barker. Though there are some differences between the novella and the original film, the core story centers on a group of demonic beings from another dimension known as Cenobites who emerge when summoned by a mysterious puzzle box. As beings who take pleasure in pain, the Cenobites are led by a figure known as Pinhead (Doug Bradley).

Now, with the filming of the Hellraiser reboot underway in Serbia, producer David S. Goyer has great things to say about what has been committed to film thus far. Speaking with Collider, Goyer remarked that director David Bruckner has shown great promise in creating something that honors Clive Barker’s original work. Goyer teases what’s to come, saying the footage is both “terrifying” and “amazing” and that the Cenobites are “jaw-dropping.” Read Goyer’s quote below:

I will say that we went back to the original novella for the source material, we’re really honoring Clive’s work. I can say that David Bruckner is a genius. It’s filming right now. The footage is terrifying and amazing, and the Cenobites are jaw-dropping.

At this point, it remains unclear what to specifically expect when the first official footage from the Hellraiser reboot debuts. David Bruckner recently spoke out about the project and noted that the reboot would thread the needle between adapting the original novella as well as the first film, meaning the reboot could slightly veer away from the iconography of the main film franchise – not unlike Mike Flanagan’s part-book, part-movie take on Doctor Sleep. One such element that could possibly be changed is the legendary Pinhead, who is rumored to be female in the reboot (and played by actress Odessa A’Ziona), similar to the characterization of the villain in the original text.

Hellraiser is one of those properties that feels ripe for a proper reboot. The first two installments in the series have a strong reputation among many horror fans, but the subsequent installments have largely failed to translate to mainstream success. With the reboot promising to reframe what fans have come to know and love about the franchise, audiences may finally get a proper refresh of the series that does its horror roots proud. The Hellraiser reboot is set to bring the horrors of the Cenobites to Hulu sometime in 2022.

Next: Hellraiser: The Actor Who Almost Cast As Pinhead Over Doug Bradley

On My Block Spinoff Freeridge Coming to Netflix

How to Customize Your PS5 Home Screen

The Vampire Diaries: Most Inspirational…

X-ray microscopy at a speed of 1000 tomograms per…