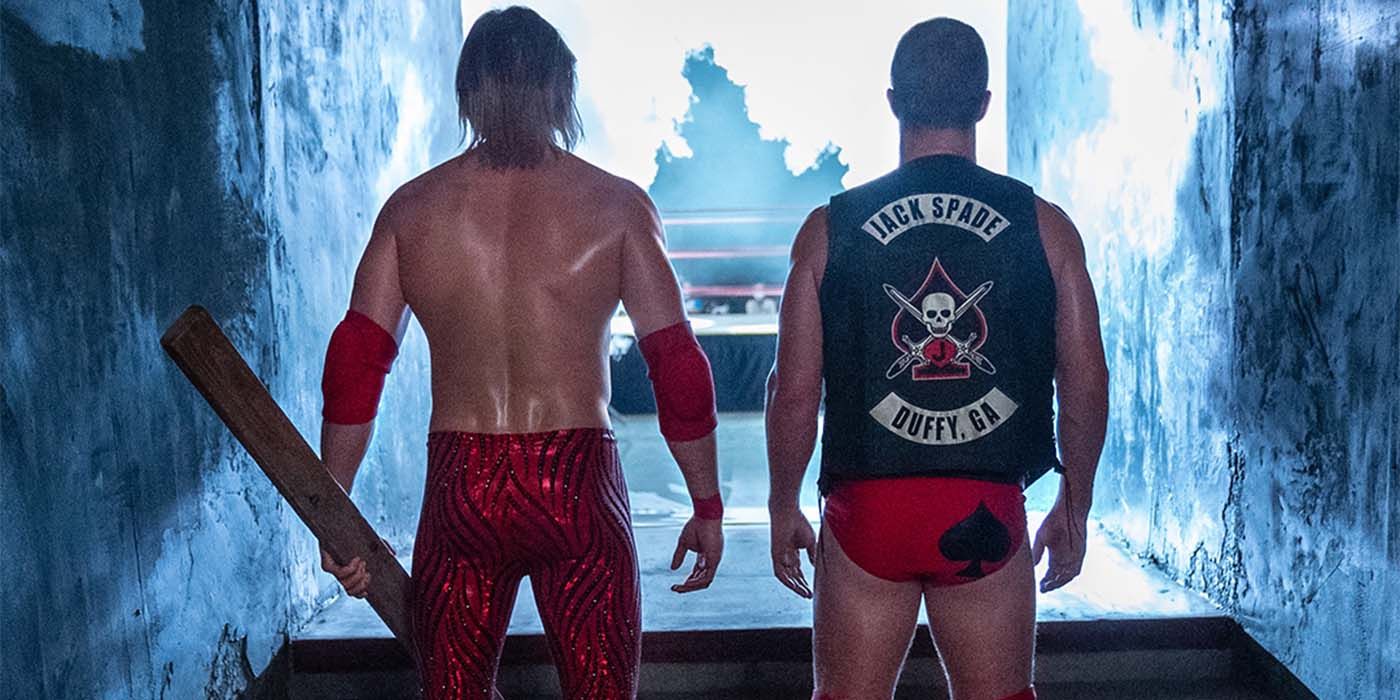 A new behind-the-scenes featurette about the making of Heels shows the core cast performing their own stunts. The upcoming drama sees two brothers face off as characters in a small town wrestling league and in real life. The series stars Amell in his first TV project since his eight-year run on Arrow came to a close in 2020. Before getting cast on Heels, Amell participated in pro-wrestling matches for WWE, Ring of Honor, All In, and All Elite Wrestling.

Starz shared the BTS video on YouTube during a recent [email protected] panel. The footage shows Heels actors tossing one another around the ring, minus any editing that would allow for stunt doubles to sneak into their places unnoticed. The show didn’t film stuntman-free, as doing so would be a safety hazard, but the cast certainly got in on the action. Viewers can rest assured that the actual people wrestling on the show are real, live film actors (playing characters with wrestling personas). Check out the video below:

After undergoing intense training to play Amell’s brother and fellow wrestler on the show, Alexander Ludwig assures potential viewers that “there is nothing fake about this.” His promise is somewhat ironic considering a lot of wrestling is notoriously fake and scripted. If it were any other kind of fighting, they’d have to resort to careful fight choreography, but it helps that wrestling is already choreographed.

Heels premieres on August 15. Starz’s official synopsis for the drama reads: “Heels is a story about the men and women who chase their dreams in the world of small town pro wrestling. Set in a close-knit Georgia community, it follows a family-owned wrestling promotion as two brothers and rivals war over their late father’s legacy. In the ring, somebody must play the good guy and somebody must play their nemesis, the heel. But in the real world, those characters can be hard to live up to—or hard to leave behind.”

Next: Heels: Why Stephen Amell’s Arrowverse Follow-Up Is A Wrestling Show

Roxie Pell is a TV and Movie News Writer for Screen Rant and uses this as an excuse to binge-watch hours of television every day, which she did before anyway. She previously worked as the Social Media Editor of The Week, covered New York City news for Gothamist, and blogged about books at The Rumpus. Roxie once traveled to Estonia to review hotels and restaurants for Frommer’s Travel Guides and everyone over there absolutely adored her.