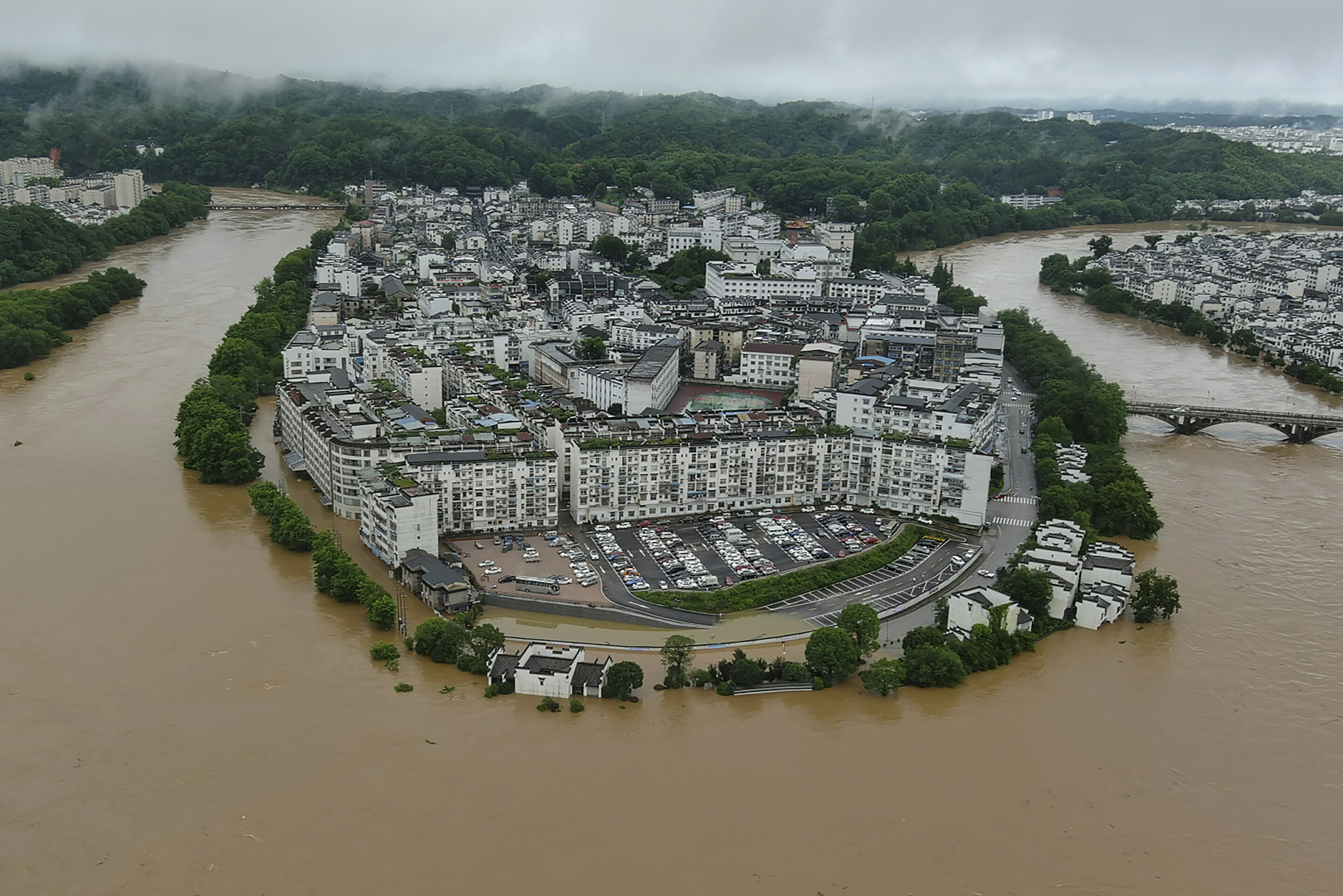 Heavy rainstorms are causing major flooding and landslides in southern China, destroying buildings, crops and roads, and forcing many people to flee their homes.

In the Guangxi autonomous region, 145,000 people were relocated to safety and more than 10,000 houses were destroyed, the official Xinhua New Agency reported.

Another half million people were affected in neighboring Jiangxi province, where 433,000 hectares (1 million acres) of crops were flooded, according to local authorities.

Around 274,000 people have sought relief in Guangzhou province, according to the provincial emergency management department.

The heavy rainfall has collapsed roads in some parts of cities and swept away houses, cars and crops. The meteorological department has forecast more rain in coming days. Chinese authorities on Sunday issued the year’s first red alert, the most severe warning, for possible mountain torrents.

China regularly experiences flooding during the summer months, most frequently in central and southern areas that tend to receive the most rainfall.

China’s worst floods in recent years were in 1998, when more than 2,000 people died and almost 3 million homes were destroyed, mostly along the Yangtze, China’s mightiest river.

The government has invested heavily in flood control and hydroelectric projects such as the massive Three Gorges Dam on the Yangtze.

Globally, more intense tropical storms are on the rise as a result of climate change, leading to increased flooding, threatening lives, crops and groundwater.

The next Phasmophobia map is a smaller Asylum