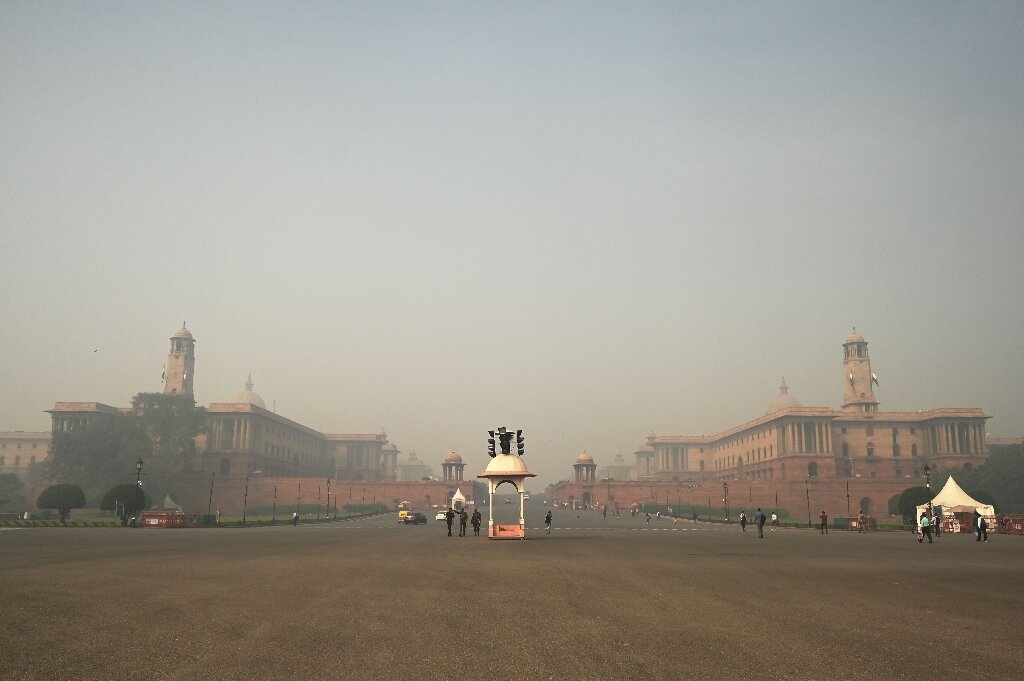 Smog in New Delhi hit “hazardous” levels on Thursday as smoke from thousands of crop fires in northern India combined with other pollutants to create a noxious grey cocktail enveloping the megacity.

Levels of the most dangerous particles—PM2.5, so tiny they can enter the bloodstream—were 588 per cubic metre early on Thursday morning, according to monitoring firm IQAir.

That is almost 40 times the daily maximum recommended by the World Health Organization. IQAir rated overall pollution levels as “hazardous”.

“This is really the worst time to be out in Delhi. One never wakes up fresh with this pollution,” policeman Hem Raj, 42, told AFP.

“The body feels tired and lethargic in the mornings… The eyes are always watery and throat scratchy after spending hours on the Delhi roads,” he said.

Every winter, cooler air, smoke from farmers burning stubble, and emissions from vehicles and other sources combine to create a deadly smog reducing visibility in the city of 20 million people.

Delhi authorities regularly announce different plans to reduce the pollution, for example by halting construction work, but to little effect.

The burning of rice paddies after harvests across Punjab and other states persists every year despite efforts to persuade farmers to use different methods.

The situation is also a political flashpoint—with the capital and Punjab governed by the Aam Aadmi Party, a rival to Prime Minister Narendra Modi’s Bharatiya Janata Party (BJP).

“As of today, Punjab, a state run by the AAP, has seen an over 19% rise in farm fires over 2021,” environment minister Bhupender Yadav, who is from the BJP, tweeted on Wednesday.

“There is no doubt over who has turned Delhi into a gas chamber,” he added.

“I have been here for a long time now and the situation has only become worse. We spend 8 to 10 hours on the Delhi roads every day and it’s tough because pollution hits everyone,” said Brij Lal, 54, another policeman.

“But there isn’t much we can do about the situation since police have to be out on the roads, among the people all the time.”

Apple’s stunning Beats Fit Pro are cheaper than ever, but probably not for long