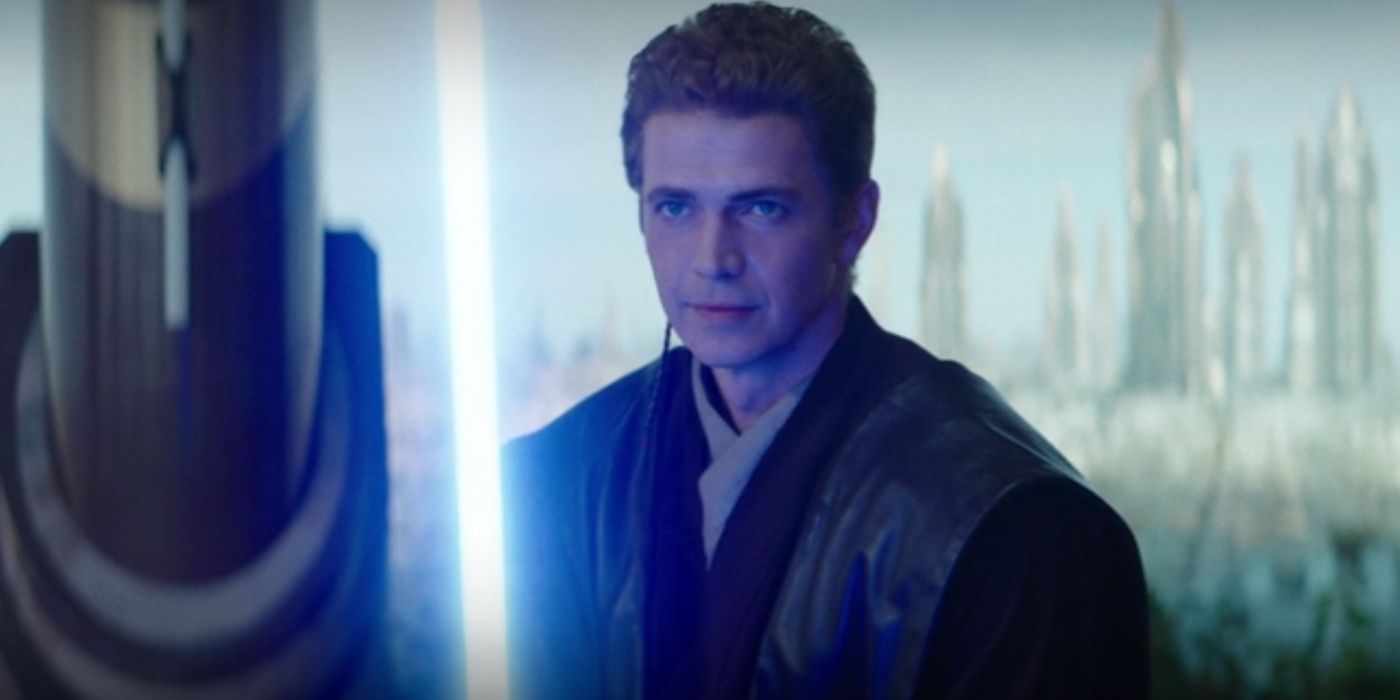 [Editor’s Note: The following contains Obi-Wan Kenobi spoilers.]As the long-awaited Disney+ series Obi-Wan Kenobi comes to an end, it’s safe to say that one of the many highlights of the limited series was the return of Hayden Christensen as Darth Vader/Anakin Skywalker. Christensen reprised the role he first played in Episode II: Attack of the Clones and Episode III: Revenge of the Sith much to the joy of prequel kids everywhere.

To celebrate the finale, Christensen joined series director Deborah Chow for a live Q&A in Toronto following a screening of the sixth episode. Collider caught up with Christensen on the red carpet to talk about what went into preparing for the role, and the so-called “rematch of the century” with Obi-Wan Kenobi (Ewan McGregor).

When asked about what it felt like to step out on set to film Vader and Obi-Wan’s rematch, Christensen said:

“It was a very emotional scene to shoot, and obviously a very important one. It was something that I think everyone was very aware of just, like, stepping out on set that day. There was a very different feeling. For both Ewan and I, it was a rather emotional experience, and I think that comes across onscreen.”

RELATED: ‘Obi-Wan Kenobi’s Finale Duels With the Fates of the Twins | Review

One key standout moment of that fight was the moment Vader’s mask cracks, allowing Anakin’s face to peek through and face his old master. The moment appeared familiar to fans of Star Wars: Rebels, who remember a similar moment between Anakin and his former Padawan Ahsoka Tano. When asked about the parallel, Christensen said that he watched the episode several times in order to prepare for the moment. He emphasized that in reprising the role, doing his research was key in order to reimmerse himself in Star Wars.

Obi-Wan Kenobi told the story of the one-time Jedi Master living on Tatooine and watching over Luke Skywalker (Grant Feeley) from a distance until a call from his old ally Bail Organa (Jimmy Smits) compels Obi-Wan to leave and track down Bail’s adoptive daughter Leia (Vivien Lyra Blair). Along the. way, he discovers a group of allies including Tala Durith (Indira Varma), Haja Estree (Kumail Nanjiani) and Kawlan Roken (O’Shea Jackson Jr.) who are dedicated to getting Force-sensitive children and families to safety and away from the reach of the Empire.

Next up, Christensen is expected to reprise the role of Anakin Skywalker once again in Ahsoka, which stars Rosario Dawson in the title role. Given that the show is set around the same time as The Mandalorian, it’s likely Christensen will be appearing in flashbacks.

All episodes of Obi-Wan Kenobi are streaming now on Disney+.