Have Scientists Found A ‘Mirror World’ Parallel Universe That Explains Everything? The Truth Behind The Headlines 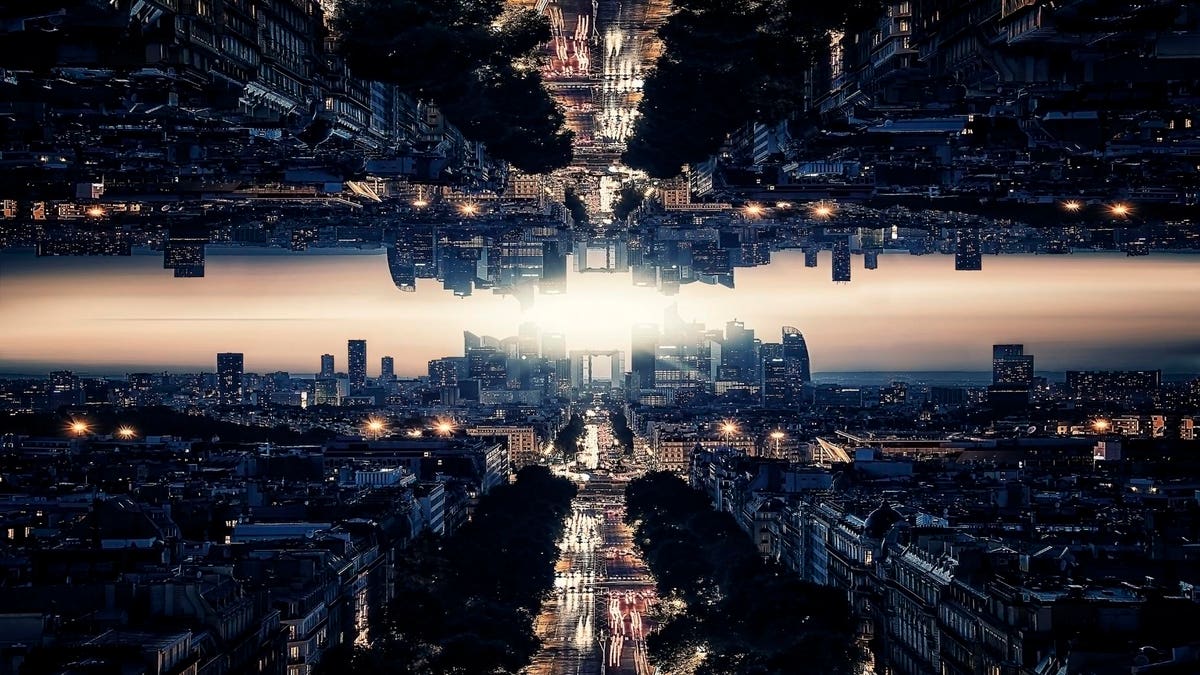 Is there really an unseen “mirror world” where particles interacts with our world only via gravity, but is otherwise impossible to observe?

It’s a crazy-sounding theory being put forward by researchers looking for a solution to why the universe is expanding more quickly than it should be.

Here’s what you need to know about the “Hubble tension” and why such bizarre theories are being proposed by astrophysicists to help make the universe make more sense.

What is the Hubble constant?

It’s nature’s most wonderful number. Describing the rate of expansion of the universe, it effectively contains within it where the universe came from and what will happen to it future.

Arguably the search for the expansion rate of the universe was the great Holy Grail of 20th century cosmology—and it continues to drive incredible new scientific theories and discoveries.

The Hubble constant is named after American astronomer Edwin P. Hubble, who not only discovered galaxies outside of our own, but also observed in the 1920s (along with Georges Lemaître) that these galaxies are moving away from the Earth and that the farther a galaxy is, the faster it appears to be moving away from us. In essence the Hubble constant is how fast that is happening—a calculation that also gives us the exact age of the universe.

How the Hubble constant is measured

To work out how fast the universe is expanding requires selecting anchors of light in the night sky, such as stars, galaxies and globular clusters. This is known as the cosmic distance ladder. Astronomers begin with close objects then move further out into the universe. Local measurements tend to result in calculations of a larger Hubble Constant—and so a faster moving and therefore a younger universe: 73-74 kilometers per second per megaparsec.

However, when distant objects are measured—as the cosmic microwave background (the leftover radiation from, and strong evidence for, the Big Bang) has been by the European Space Agency’s Planck satellite—the Hubble Constant is smaller, meaning a slower moving and therefore older universe: 67-68 (plus or minus 0.5) kilometers per second per megaparsec.

Why the disconnect between the expansion rates for the local universe and the primeval universe?

The discrepancies between estimates for the universe’s expansion rate—and therefore its age—is called the “Hubble tension.” It’s so statistically significant that it suggests that astronomers may need a new interpretation of the universe’s fundamental properties. A new cosmological model, even?

No, says a new theory, which reveals a previously unnoticed mathematical properties of cosmological models—scaling symmetry—that could allow for a faster expansion rate. But the full explanation gets pretty weird.

“In practice, this scaling symmetry could only be realized by including a mirror world in the model—a parallel universe with new particles that are all copies of known particles,” said Francis-Yan Cyr-Racine, assistant professor in the Department of Physics and Astronomy at The University of New Mexico and one of the authors of the new paper. “The mirror world idea first arose in the 1990s but has not previously been recognized as a potential solution to the Hubble constant problem.”

This “mirror world” could account for the phenomenon of dark matter, or be an exotic form of it, that could be one way of solving the Hubble tension.

It’s an extraordinary theory that lacks extraordinary evidence—and any mention of parallel universe should illicit extreme caution—but it’s interesting all the same. A variant on the theory was published in 2018 with scientists claiming that an “anti-universe” extends backwards in time, a mirror image of our own, that helps explain dark matter.

What is ‘dark matter?’

Dark matter is invisible, emitting no light or energy, so it’s undetectable. It’s therefore also hypothetical, though it’s nevertheless thought to account for about 85% of matter in the universe. It’s one of the great discoveries that has been a byproduct of the search for the universe’s rate of expansion. So too “dark energy,” an unknown repulsive force that appears to be accelerating the universe’s expansion.

“It might be more than just collision-less dark matter and dark energy—two different and pretty nondescript things—but many components to the dark sector, just as complicated as the light sector we have studied so well in laboratories on Earth,” said Lloyd Knox at the UC Davis Department of Physics and Astronomy, and a co-author of the new paper.

‘Mirror worlds’ are from particle physics

In effect they are proposing a tweak to the current cosmological model to explain the discrepancies in measurements of the Hubble constant that, crucially, needs to involve an exotic form of dark matter.

The new theory isn’t perfect, incorrectly predicting the amount of deuterium and helium in the early universe, but that’s a smaller problem for scientists to solve than the “Hubble tension,” it’s argued.

In the mid-2020s NASA will launch the Nancy Grace Roman space telescope, which will explore the value of the Hubble constant across cosmic time by collecting more data on new Type Ia supernovae, as well as Cepheid variables and red supergiant stars. It’s hoped that the data will enable astronomers to fundamentally improve distance measurements to galaxies near and far.

Denial of responsibility! TechCodex is an automatic aggregator of the all world’s media. In each content, the hyperlink to the primary source is specified. All trademarks belong to their rightful owners, all materials to their authors. If you are the owner of the content and do not want us to publish your materials, please contact us by email – [email protected]. The content will be deleted within 24 hours.
cosmologydark energydark matterhubble constantmirror worldparallel universe
0
Share

Exoprimal will have a Dino Survival network test

Sonos accidentally shipped customers extra speakers and charged them for it