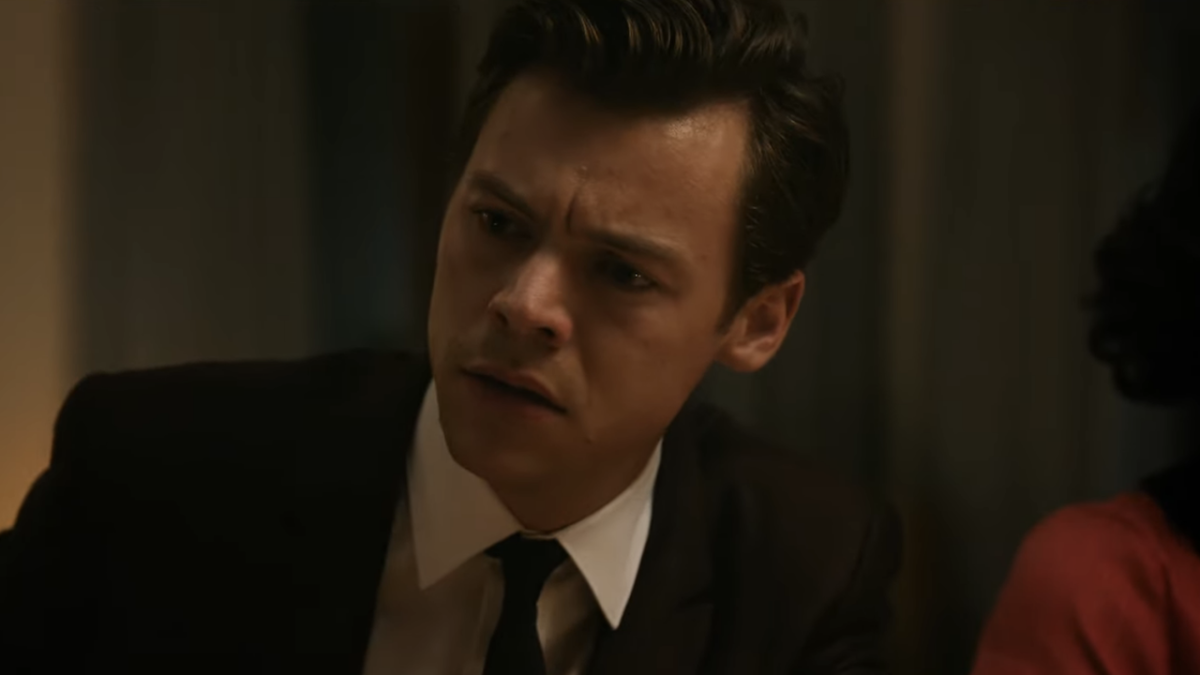 For the past few weeks, one movie has been on the public’s lips: Don’t Worry Darling. Olivia Wilde’s sophomore directorial effort has made countless headlines thanks to rumors about drama between the filmmaker and her cast. Harry Styles has been at the center of many of these talks, and now his mother seemingly responded to the Don’t Worry Darling haters out there.

Pop star Harry Styles has been building his career as an actor, starting with Dunkirk and recently playing the title role of the upcoming queer drama My Policeman. But before we see that movie, Don’t Worry Darling will hit theaters, with Styles playing Jack opposite Florence Pugh aka Miss Flo. Reviews are coming in for the new movie, which is in theaters now. And Styles’ mother Anne Twist recently addressed the negativity surrounding the psychological thriller over on her Instagram story. As she posted,

Well, there you have it. It looks like Anne Twist has seen the negativity surrounding Don’t Worry Darling, especially where her famous son is concerned. And per this Instagram Story, it seems like plenty of folks have been personally reaching out to her on social media about the rumored feuds. She seemingly doesn’t want any followers on Instagram if they’re going to behave that way.

Anne Twist’s post on Instagram further shows just how much chatter about Don’t Worry Darling has concurred online. Harry Styles is one of the most popular and famous celebrities in the world right now, which is no doubt why his mother has managed to accrue a whopping 2.6 million followers on the social media outlet. Although that’s seemingly owned Twist up to hearing criticism about the movie, as well as her son’s performance.

As Anne Twist shared to her followers, she’d like to see less negativity and vitriol coming from the internet (which is easier said than done). While not actually naming any names, she claims that no one is being forced to see Don’t Worry Darling, and any naysayers can simply remove themselves from being associated with Olivia Wilde’s thriller. What’s more, she doesn’t want followers who are going to indulge in such negativity. As a reminder, you can check out the trailer below,

As previously mentioned, there have been a number of controversies surrounding Don’t Worry Darling ahead of its release in theaters. Perhaps the most popular is that Olivia Wilde is feuding with Florence Pugh. Then there’s the matter of how Shia LaBeouf departed the role of Jack, which eventually went to Styles. Fans also theorized online about whether or not Harry Styles spit on Chris Pine’s lap at the Venice Premiere, which has now been lovingly called “spitgate.” Finally, there’s the One Direction alum’s romantic relationship with Wilde, and continued drama associated with her split from Jason Sudeikis.

Don’t Worry Darling is in theaters now. Be sure to check out the 2022 movie release dates to plan your next movie experience.