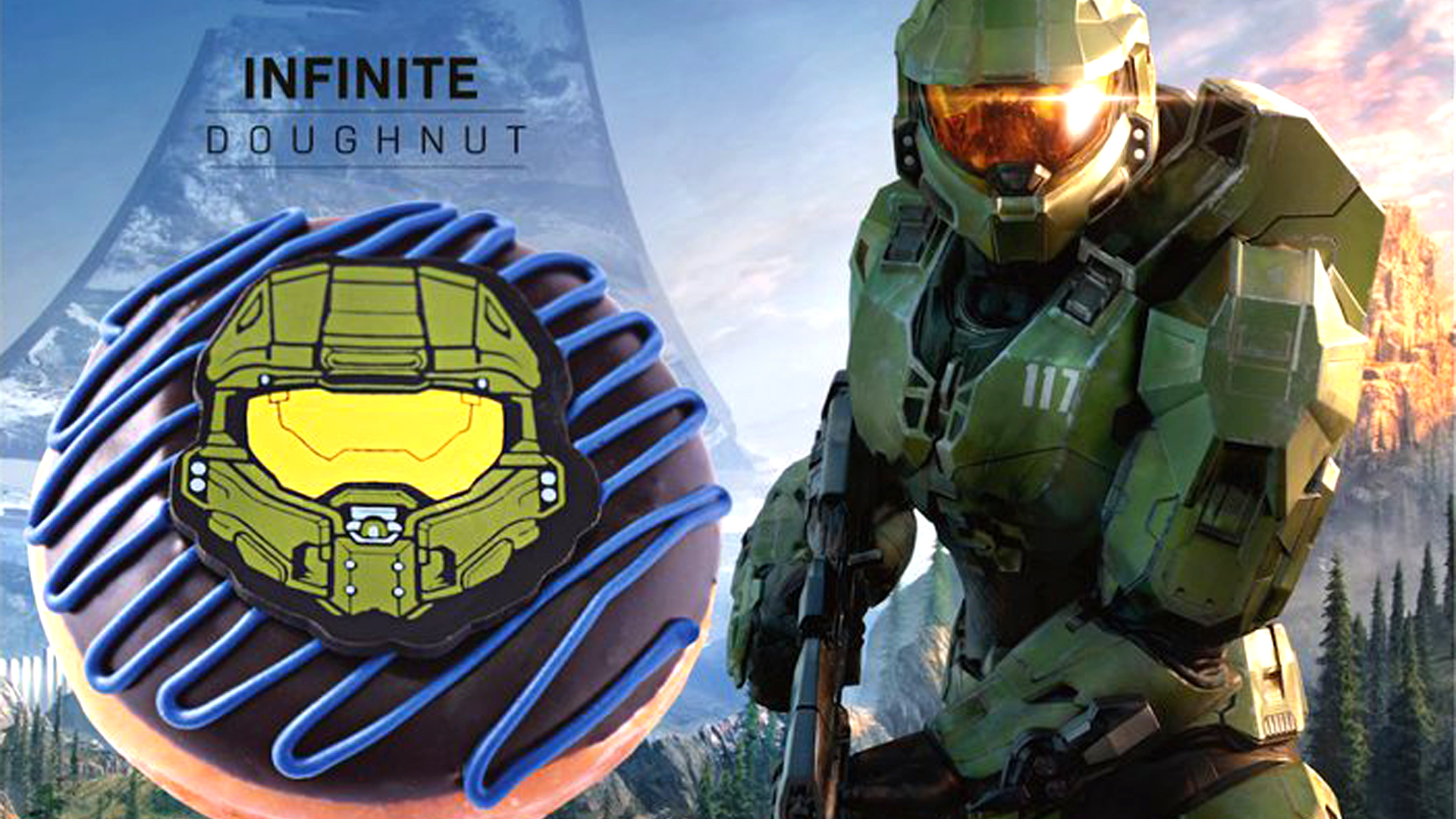 The first Halo Infinite beta is still currently running as of the time of writing, with all manner of story spoilers and the possibility of multiple campaigns being leaked thanks to that technical preview – but this particular leak comes via the unusual combination of Halo, Krispy Kreme, and Xbox.

Leading up to the release of Halo Infinite, Krispy Kreme has announced that it will be selling a special Halo doughnut as of July 30 – which is basically a normal chocolate-covered doughnut with Master Chief’s face on it. The interesting part, however, is that the official Xbox Mexico account sent a tweet out about the new doughnut with the words “why wait for November if we can start the festivities now?”

The tweet going on to note that the collaboration is also to celebrate the 20th anniversary of the Halo series and Master Chief – as the original Halo: Combat Evolved launched November 15, 2001. The November note could therefore be entirely about the anniversary, so don’t take this as confirmation – but if Halo Infinite is still definitely launching Autumn or Holiday 2021 then November would make a lot of sense.

By all accounts, the Halo Infinite multiplayer is a lot of fun, and that’ll be launching for free for the first time alongside the main campaign – although there will be a battle pass instead, and probably a campaign pass with multiple story expansions too. As for whether we’ll see all this in November, we’ll have to wait and see.

94.2 per cent of recently banned ‘Apex Legends’ players were on PS4