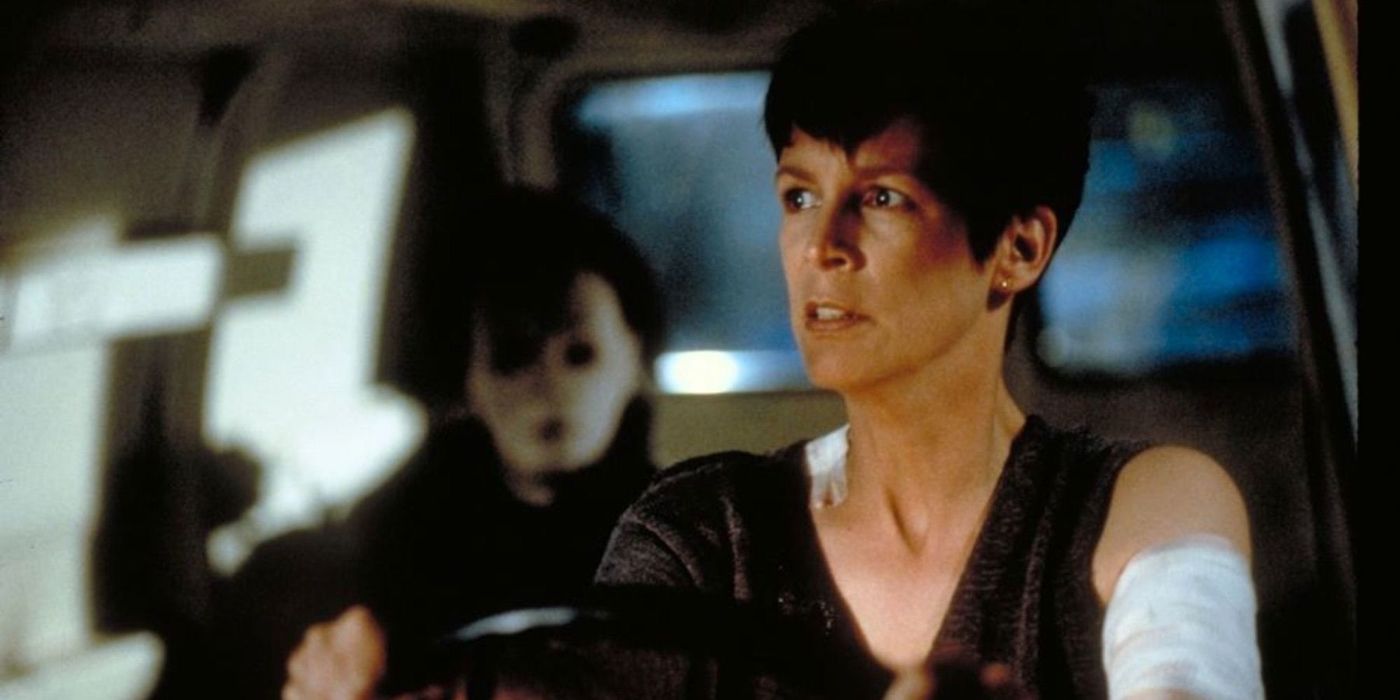 Just a little under a year after the release of the first five Halloween films’ revamps, Scream Factory has announced that three more installments of the horror franchise are getting the 4K Ultra HD treatment in the Halloween 4K Collection (1995-2002). Joining the esteemed club are ’95’s Halloween: The Curse of Michael Myers, Halloween H20: 20 Years Later, and Halloween: Resurrection collectors’ editions. As is their usual, Scream Factory is including all the original extras, plus a few bonuses.

The twisted timeline of the Haddonfield Boogeyman is nearly as fluid and mutable as the Marvel Cinematic Universe. What’s canon vs. non canon, is he a mythical being, a demon, or an incredibly resilient sociopath? The choice is yours, and Scream Factory is providing all of the necessary material to make an educated theory with their second round of 4K Ultra HD Halloween box sets. The box set is available to pre-order for $119.98 and comes with both the theatrical and director’s cut for Halloween: The Curse of Michael Myers, as well as Halloween H20: 20 Years Later and Halloween: Resurrection. While the set is only available for pre-order the set will go live on October 4 and will be stalking you, waiting for you, just around every corner. Cue the piano!

In this set of films fans return to Haddonfield six years after the events of Halloween 5: The Revenge of Michael Myers (which seems redundant considering Michael never stops getting revenge) in The Curse. This Myers chapter continues the heavy supernatural turn that the fifth movie took, and subsequently concludes one of the Halloween timelines. The Curse features a young Paul Rudd (Ant-Man) and Donald Pleasence in his final reprisal of Dr. Sam Loomis.

In Halloween H20, a tenacious Michael returns for his sister Laurie Strode (Jamie Lee Curtis) two decades after the initial events of the first two films. In 1998, Laurie is the headmistress at her teenage son John’s – played by ’90s heartthrob Josh Hartnett – private school. The late nineties vibe is strong with this one, as Michael slashes his way through the likes of Hartnett, Michelle Williams and Joseph Gordon-Levitt. The final film in the box set brings Myers into the modern age, making him the star of the exciting new reality internet show Dangertainment, and takes place back in Michael’s old stomping grounds: the house that started it all. Resurrection‘s cast includes Busta Rhymes, Thomas Ian Nicholas (American Pie), Tyra Banks and more.

If you order from Shout Factory Halloween 4K Collection (1995-2002) will include three exclusive posters with Michael Myers front and center, featuring the brand-new artwork for the 4K covers. Maybe next year Scream Factory will churn out some 4K Rob Zombie’s? Halloween Ends terrorizes theaters October 14. Check out the trailer below: