Growing dominance of diatom algae in the Pearl River estuary 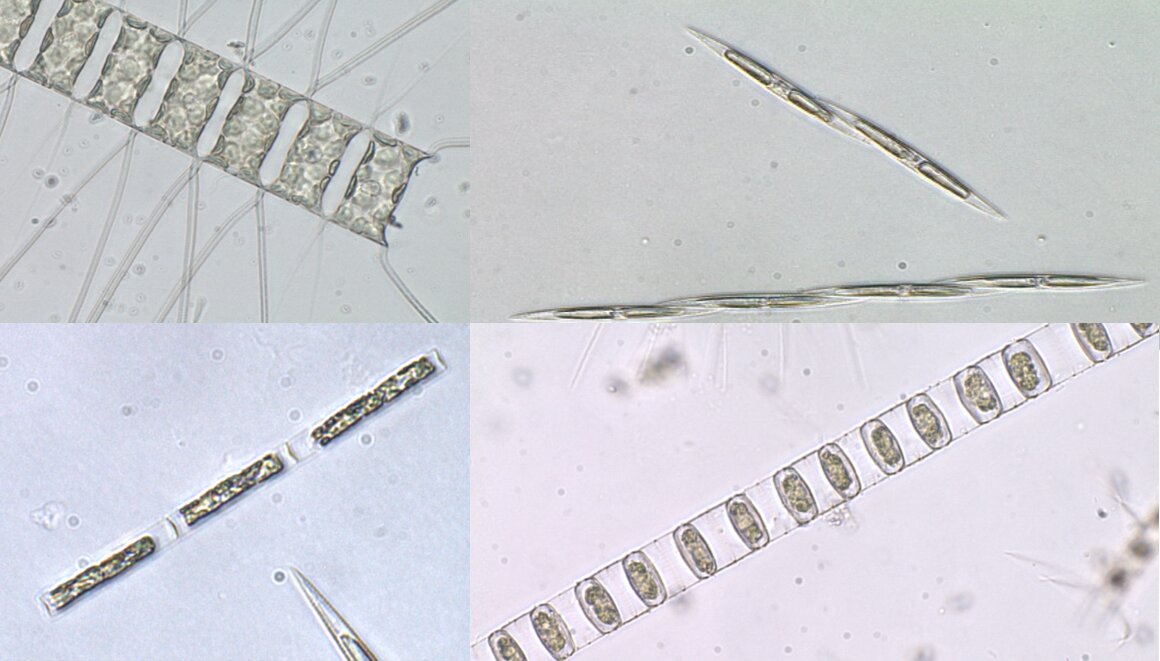 It is a common perception that waters close to population would be more polluted than those offshore or at higher latitudes.  However, researchers from The Hong Kong University of Science and Technology (HKUST) found that the ratio between two common microalgae diatom and dinoflagellate (dino) – a common benchmark of water quality, has been nearly doubled in the Pearl River Estuary (PRE), one of the world’s most urbanized subtropical coastal waters, over the past two decades.

Usually, the higher the Diatom/Dino ratio is, the healthier the water quality is supposed to be.  However, according to Prof. Liu Hongbin, Associate Head and Chair Professor of HKUST’s Department of Ocean Science who led the research, it is not conclusive whether this finding indicates an improved water quality at PRE, as the team discovered that temperature as well as the level of nutrient concentration in the ocean also took a toll to the algae population.

Algae, or phytoplankton, is important to the marine ecosystem as they not only help covert carbon dioxide into organic matter and oxygen, but is also a key food source to a wide array of sea creatures.  In Hong Kong waters, diatom and dino are the two main types of algae which together made up about 80 per cent of the entire algae population.  While diatom has long been considered the ‘good algae’ as they usually grow in less polluted water, dino is the evil brother as its toxicity can kill fish and cause hypoxia in coastal waters.  The Diatom/ Dino ratio has long been used as a benchmark to indicate the optimal level of a marine ecosystem. Theoretically, the more the proportion of diatom, the better the water quality.

Now, a research team led by Prof Liu, which analyzed a plethora of data ranging from temperature, nutrient concentration to oxygen levels of the PRE during the 18 years to 2017, has observed a growing diatom dominance, or an increase in the Diatom/Dino ratio since 2000.

However, using a combination of multiple data-driven statistical models, the team found that the abundance of diatom may not be a result of water quality improvement, but a change of nutrient composition in the PRE—in particular a rapid increase of nitrate against a relatively constant level of ammonium and phosphate arising from the increasing anthropogenic input.  Moreover, the team also found that the abundances of both diatom and dino were positively correlated with temperature, they predicted that for every rise of 1 to 4°C in temperature, the Diatom/Dino ratio could surge by up to 12% under the same nutrient content.

While there had been many studies on the phytoplankton abundance in higher latitudes or offshore waters, few research were done on highly urbanized subtropical or tropical coastal waters like those of the PRE.

Prof. Liu said, “Algae bloom is a major environmental problem, our model sheds light on prediction and even prevention of future blooms.  Meanwhile, some studies suggest that not all diatoms species are angels, some from the Pseudo-nitzschia genus—for example, may produce an acid that is detrimental to the neural system of marine mammal and birds.  Going forward, we will also study the ecological sequences of diatom blooms, as well as the abundance and physiology of those toxic diatoms.”

The findings were recently published in the scientific journal Global Change Biology.