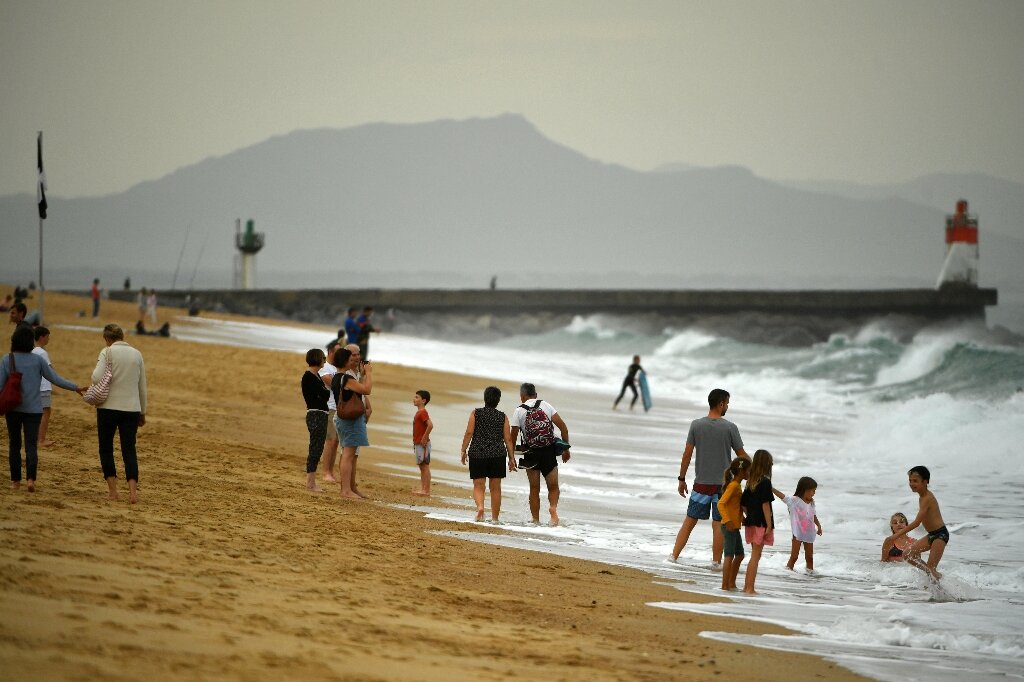 October morning temperatures topping 30 Celsius (86 Fahrenheit) in Spain may have brought cheer to the tourists, but they are provoking concern among environmentalists.

The mercury has been rising well above the norm across vast swathes of Europe, from Spain to as far north as Sweden.

After a summer marked by repeated heatwaves across much of the continent, Europe is experiencing exceptional temperatures even as it heads into the start of autumn—a sign of accelerating climate change.

“The month has not yet ended but we can already say practically without fear of contradiction that it will be the hottest (in Spain) since 1961,” when records began to be collated, said Ruben del Campo of Spain’s meteorological service Aemet.

If extrapolated data from historical reconstructions is taken into account, he added, this past month will have been Spain’s warmest October for fully a century.

“One, two days above 30 degrees is normal” for Spain, said del Campo. “But so many days, no. These are summer temperatures, whereas we are already heading into autumn.”

On Friday morning, the northern resort of San Sebastian saw the temperature hit 30.3 Celsius at 8:30 am (0630 GMT)—well above the seasonal average.

With forest fires declared in recent days in the Basque region, of which San Sebastian is a part, authorities have banned barbecues and fireworks to keep risks to a minimum.

The unseasonal warm spell has brought a new word into the Spanish lexicon—”verono”—an amalgam of verano (summer) and otono (autumn).

And it has left del Campo highlighting a “notable acceleration” in climate change over the past decade, exposing Spain to increasing creeping desertification.

According to the Climate Central think tank, the Spanish cities of Madrid, Barcelona, Valencia and Zaragoza are all in the top 10 European cities most affected by global warming on the evidence of the past 12 months.

Neighbouring France has, like Spain, seen a hotter than normal October. But well to the north, Sweden has been sizzling too— managing to see a record 19.5 degrees in the southern city of Kristianstad on Friday.

“This is the highest temperature ever recorded in Sweden this late in the year,” Erik Hojgard-Olsen, meteorologist at the Swedish Meteorological and Hydrological Institute (SMHI), told AFP.

In Belgium, the capital Brussels saw a maximum forecast of 24 Celsius—fully 10 degrees higher than the norm for late October.

Britain’s Met Office noted Wednesday had seen Londoners enjoy a balmy 20.5 Celsius, “closer to what we would normally see at the end of August rather than the end of October”.

A warm front coming up from the southwest of the continent has also benefited Germany, which has been enjoying temperatures more in keeping with summertime than the onset of November.

For Ruben del Campo, some people may see an upside in being able to keep the central heating off for now—or even manage an out-of-season trip to the beach.

“But in reality, the consequences are not good,” he said, noting low water levels in reservoirs—bad news for Spain, whose intensive agriculture provides Europe with a hefty proportion of its fruit and vegetables.

Spanish reservoir levels were last week down to 31.8 percent of capacity compared with their decade seasonal average of 49.3 percent.

Residents and tourists alike enjoying the upside of a trip to Barcelona’s beaches said they were aware there was a downside.

“We are really happy to have this heat—we like it. But it’s not normal,” said Alicia Pesquera, a 43-year-old beauty therapist.

“Of course it concerns us. Right now it should be raining or at least be a bit cool,” said Fernando Raibas, a tourist visiting from the northern region of Galicia.