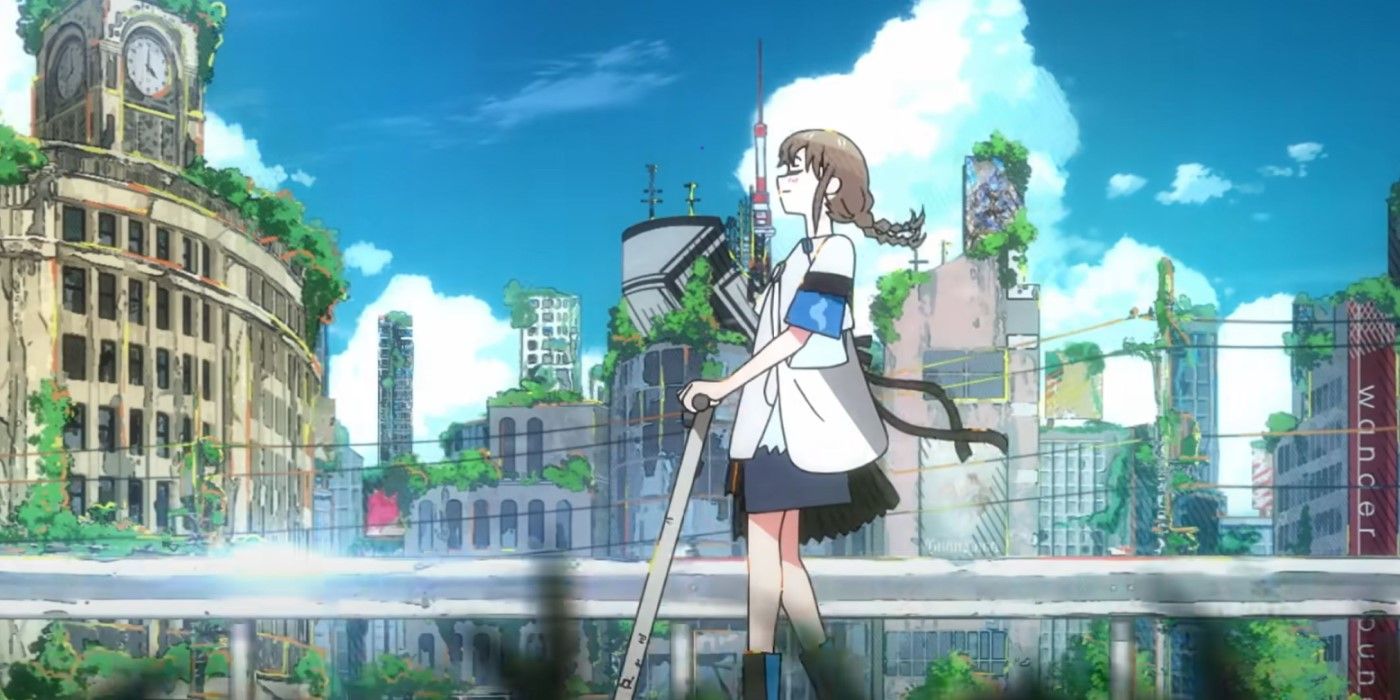 To celebrate the Korean mobile MMORPG Gran Saga coming to Japan next month, the game received a special anime promo for its theme song “MAKAFUKA” by band RADWIMPS (Your Name, Weathering With You). The animation was provided by anime studio CloverWorks, the studio behind Wonder Egg Priority, Promised Neverland, and Horimiya.

The video’s staff is an embarrassment of anime riches. In addition to RADWIMPS doing the music, the animation is directed by Shinichirō Ushijima, who previously directed the anime drama I Want to Eat Your Pancreas. Nobutaka Yoda, who cut the trailer for Weathering With You and Your Name, also edited the video for Gran Saga. Genki Kawamura, known for popular titles, Your Name, Weathering With You, Her Blue Sky, The Boy and The Beast, and Mirai, produced the music video. A lot of talented folks worked on this and you can certainly tell it.

The video isn’t really much more than an excuse to showcase some impressive visuals and the talented music of RADWIMPS, with the Gran Saga game being barely in it – and when we do see gameplay, it’s for a couple of frames and on the phones of the video’s protagonist. Still, even if it doesn’t show much about the game, it’s a really cool video showcasing the works of a talented group of people.

Gran Saga has already been released in South Korea since January of this year and will release in Japan on November 18. Game developer NPIXEL and game publisher GAMEPLEX are planning a western release date sometime by 2022.

This anime-styled adventure follows a group of knights as they try to save their kingdom from an evil dragon’s curse. Players use Grans, which “act as a catalyst for weapons and playstyle.” Different Grans offer players different moves and a fresh switch-up of combat technique. There are several types of Gran players can collect and use as they progress through the game.

Gran Saga is also multi-platform, with gameplay available for mobile and PC.

Check out the special music video below:

“The night he came home!”