Google just rolled out updated icons for its Workspace apps like Gmail, Drive, and Calendar, and people don’t seem to like them. While I agree about the icons, a greater travesty will soon grace your smartphone’s home screen.

Spotted by 9to5Google and Android Police, Google is slowly rolling out new icons for the Docs, Sheets and Slides apps on Android. Spoiler: they’re terrible.

Thankfully, the rollout seems to be taking its time and of the devices I checked, only one had the updated icons. However, it won’t be long until your screens are subject to the terrible icons, so cherish the time you have left.

Realistically, the change isn’t a substantial one. The current Docs, Sheets and Slides icons feature a blue, green or yellow background respectively. Each has a white symbol on said background to indicate what the app is — for example, Docs has white lines representing the text of a document. These icons, while maybe not great, are fine. There’s nothing wrong with them.

The new icons, however, replace those lovely, colourful backgrounds with the same boring white icon backgrounds seen in just about every other Google icon. Each symbol still sits on the respective blue, green and yellow colours as before, but the colours themselves are now shaped like a piece of paper with a folded corner. It looks like Google put a blue sheet of paper on a white plate. It sucks.

On one hand, these new icons do fit in much better with the rest of Google’s (equally terrible) icons. On the other, they’ve become one large homogenous blob differentiated only by a specific arrangement of abstract colourful shapes supposedly unique to each app’s purpose — what does a giant M have to do with email? Beats me. 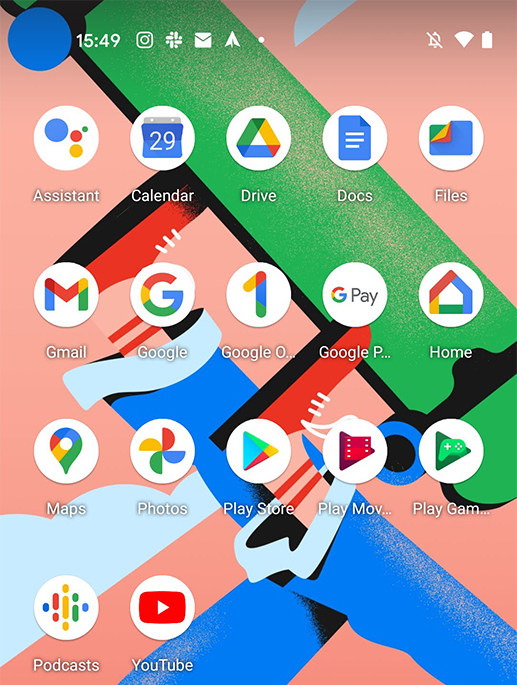 These are just the ones on my phone

These new icons are not great. These new Android icons are especially not great. Many of the apps on my phone are now just lazy icons on white backgrounds with no charm or character to differentiate anything. Guess it’s time to download an icon pack.

Twitter expands hate speech rules to include race, ethnicity and…

The MacBook Pro M1 is $100 cheaper at Amazon