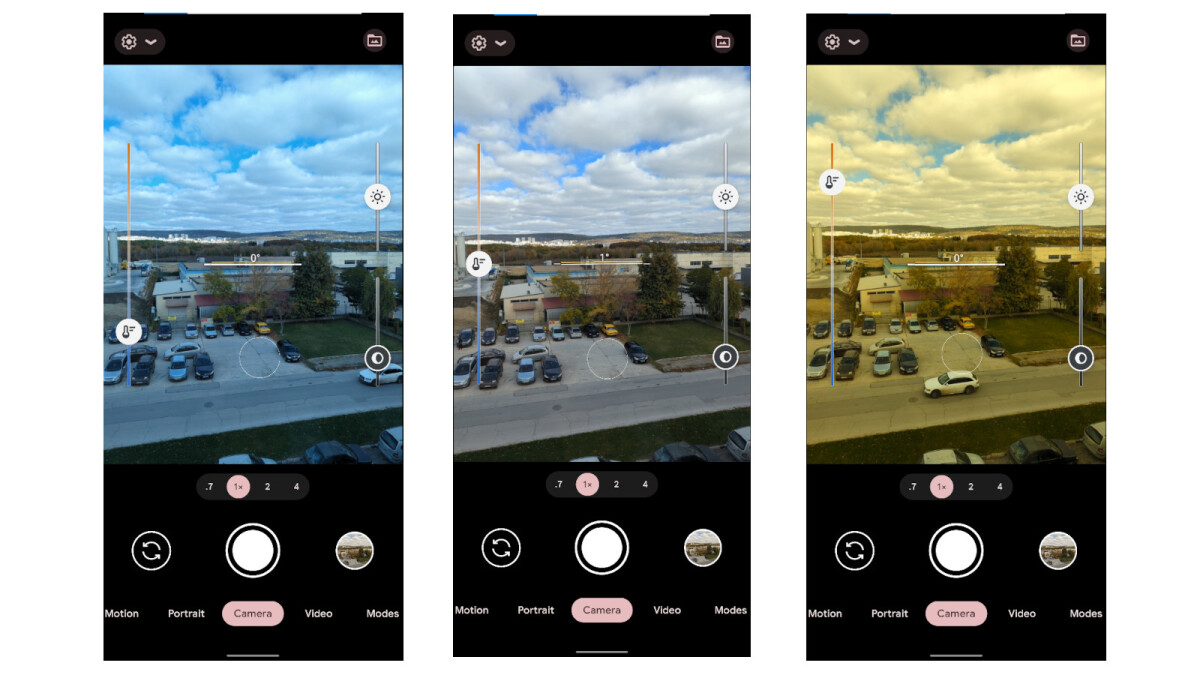 While the Google Pixel 6 lineup’s release continues to stir up commotion with Google’s first original Tensor chip and flagship upgrades, there aren’t all too many features entirely exclusive to the Pixel 6 series. The famous Material You UI design could be considered Pixel-exclusive at the moment, but we know it will roll out to other Android devices soon as well.

However, Google just added one new little addition to the Google Camera app that seems like it’s here to stay—for the Pixel series only, that is, as far as we know.
The new feature is a color temperature slider that now allows you to roll between cool, green- or blue-tinted shots, to warmer, summery hues. You are able to choose the exact photo color temperature you need for your perfect shot in real time, right there on the camera app. Google has code-named this new feature “chameleon.”

Of course, Android and iOS devices have had the ability to change the temperature on photos for years already, but only ever in post-production. To have that option integrated into the actual camera, rather than the edit settings in the photo gallery, is a first for all of us.

Applying such changes in real time to the way a smartphone sees its surroundings through the camera requires significant processor power, which makes us believe the new temperature feature may be partial to the Google Tensor chip. Because the majority of mainstream Android phones come with more run-of-the-mill SoC’s, this makes us believe the feature will remain exclusive to the Pixel 6 series.

This may just be another subtle way Google has found to flex the power of its Tensor chip, as photo temperature control isn’t necessarily a feature most of us find ourselves using on the regular. It’s just a cool thing to have and be able to play around with in the end, although in certain artificially lit settings, it may indeed prove rather useful.