Global smartphone sales declined by 20.4 percent in the second quarter of 2020, according to a new report from research firm Gartner.

It’s no surprise that the COVID-19 pandemic has impacted smartphone sales around the world due to retail closures and financial uncertainty.

“Travel restrictions, retail closures and more prudent spending on nonessential products during the pandemic led to the second consecutive quarterly decline in smartphone sales this year,” Anshul Gupta, a senior researcher at Gartner, outlined in the report.

Gartner notes that among all of the popular smartphone manufacturers, Apple’s sales seems to be the least affected. For instance, the report notes that Samsung experienced the largest decline in sales while Apple’s smartphone sales were nearly flat year-over-year. 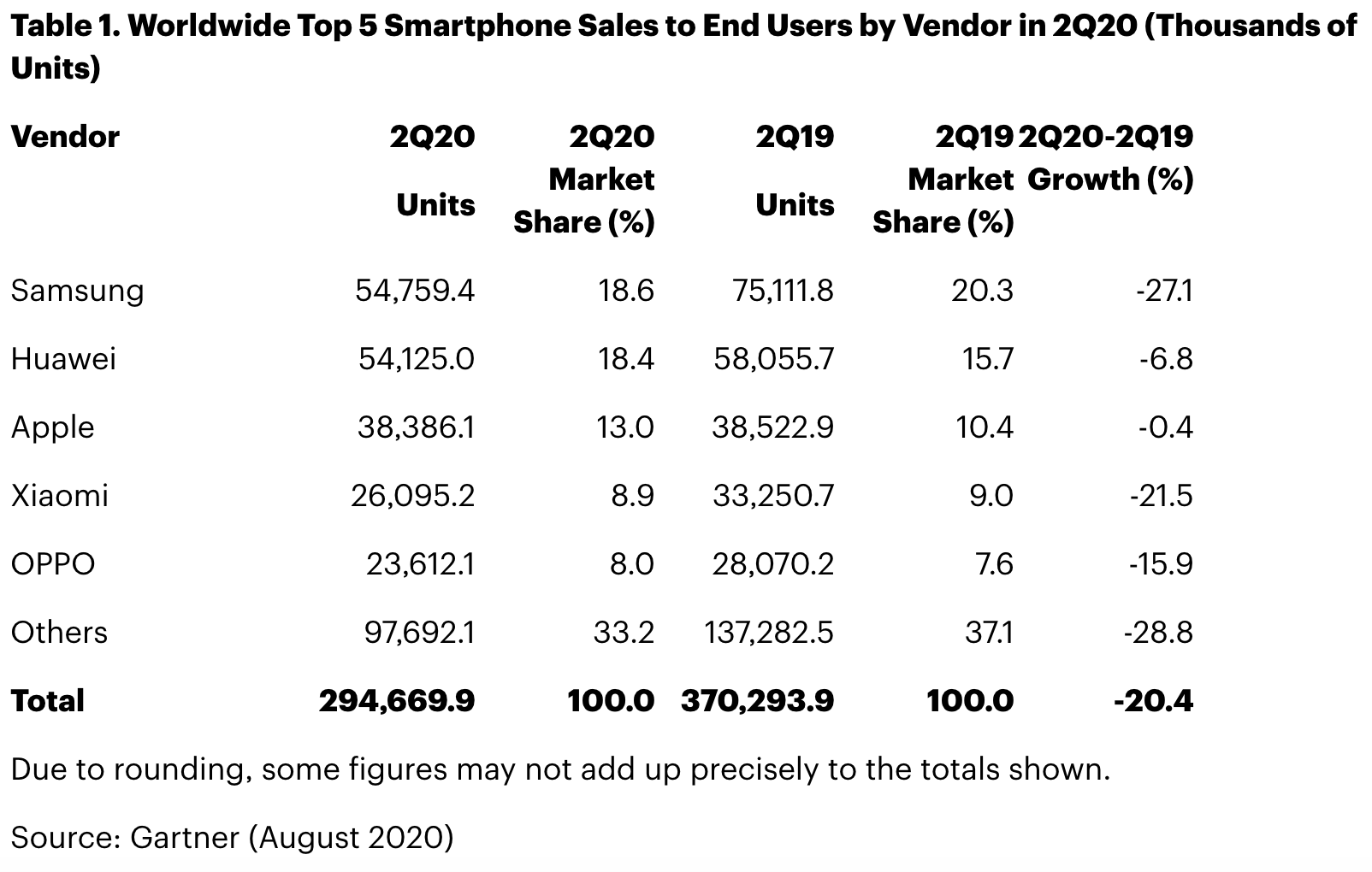 Apple sold 38 million iPhones in Q2 2020, which represents a 0.4 percent decline from the same period a year ago. Gartner notes that this was likely due to the release of the new iPhone SE coupled with improved market condition in China.

On the other hand, Samsung sold 55 million smartphones in the quarter, which is a decline of 27.1 percent year-over-year.

“The COVID-19 pandemic continued to negatively affect Samsung’s performance in the second quarter of 2020,” Gupta stated. “Demand for its flagship S Series smartphones did little to revive its smartphone sales globally.”

The report notes that Samsung’s drop in smartphone sales helped Huawei and that “although Huawei also declined in smartphone sales year-over-year, it experienced 27.4 percent growth, quarter-over-quarter, moving it into a virtual tie with Samsung for the No.1 position.”

It’s worth mentioning that a recent report from research firm Canalys stated that Huawei sold more smartphones than Samsung in the last quarter.

This Geiger Counter Has Few Parts

What is 5G and what can we expect?

Quibi is shutting down just six months after launching