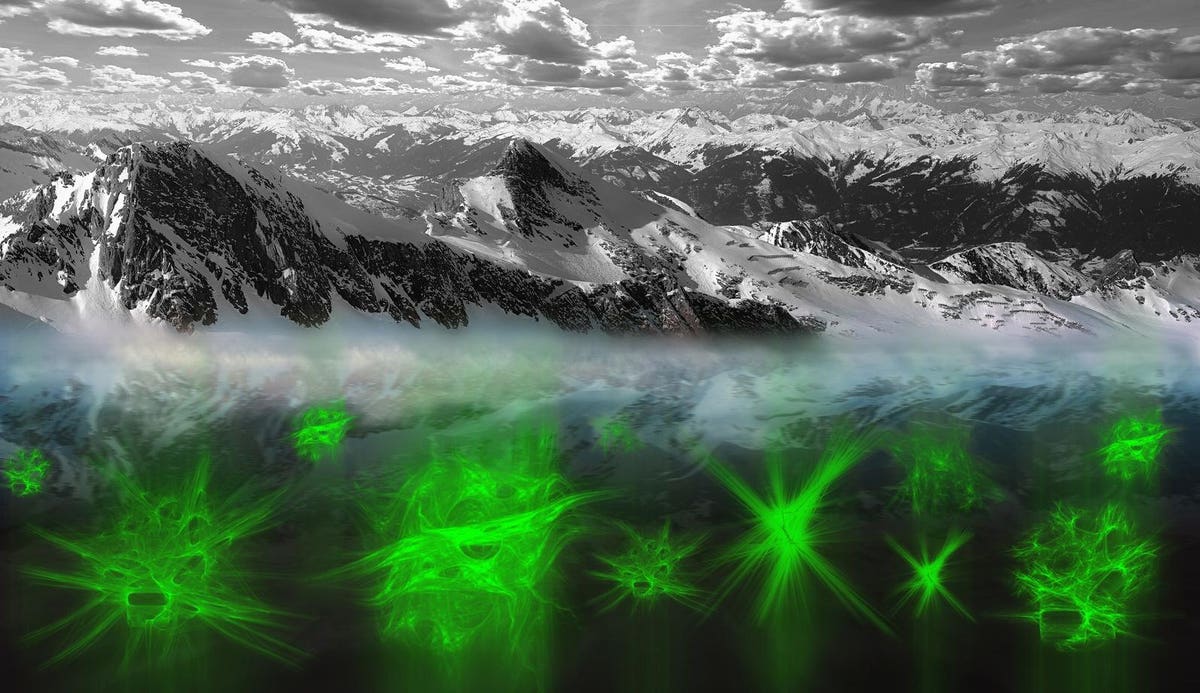 Scientists who study glacier ice have found viruses nearly 15,000 years old in two ice samples taken from the Tibetan Plateau in China. Most of those viruses, which survived because they had remained frozen, are unlike any viruses that have been cataloged to date.

The researchers analyzed ice cores taken in 2015 from the Guliya ice cap in western China. The cores are collected at high altitudes—the summit of Guliya, where this ice originated, is 6.500 meters (22,000 feet) above sea level. The ice cores contain layers of ice that accumulate year after year, trapping whatever was in the atmosphere around them at the time each layer froze – including microbes and viruses.

“These glaciers were formed gradually, and along with dust and gasses, many, many viruses were also deposited in that ice,” said microbiologist Zhi-Ping Zhong, lead author of the study published in the journal Microbiome. “The glaciers in western China are not well-studied, and our goal is to use this information to reflect past environments. And viruses are a part of those environments.”

When they analyzed the 15,000-year-old ice, they found genetic codes for 33 viruses. Four of those viruses had previously been identified and were from virus families that typically infect bacteria and plants. But at least 28 of them are novel. About half of them seemed to have survived at the time they were frozen not in spite of the ice, but because of it.

“These are viruses that would have thrived in extreme environments,” said microbiologist Matthew Sullivan, co-author of the study. “These viruses have signatures of genes that help them infect cells in cold environments—just surreal genetic signatures for how a virus is able to survive in extreme conditions. These are not easy signatures to pull out, and the method that Zhi-Ping developed to decontaminate the cores and to study microbes and viruses in ice could help us search for these genetic sequences in other extreme icy environments—Mars, for example, the moon, or closer to home in Earth’s Atacama Desert.”

The study of viruses in glaciers is relatively new: Just two previous studies have identified viruses in ancient glacier ice.

In 2015, a study published in the Proceedings of the National Academy of Sciences found that the 30,000 year old virus Mollivirus sibericum could still infect modern amoeba.

In 2020, a preprint study of ice cores taken from a Tibetan glacier described ancient viruses in a melting glacier.

“We know very little about viruses and microbes in these extreme environments, and what is actually there,” senior author of the study glaciologist Lonnie Thompson clarifies. “The documentation and understanding of that is extremely important: How do bacteria and viruses respond to climate change?”

In the worst-case scenario, meltwater from glaciers and ice caps could release harmful pathogens into the environment. Researchers have found still intact smallpox and the Spanish flu viruses in 100-year-old frozen tissue samples. An outbreak of anthrax in Siberia five years ago is believed to be the result of the pathogen preserved in reindeer carcasses found in the frozen soil. Frozen for decades, the bodies thawed out of the ground during an exceptional heatwave that summer, releasing the still infectious anthrax spores.

Denial of responsibility! TechCodex is an automatic aggregator of the all world’s media. In each content, the hyperlink to the primary source is specified. All trademarks belong to their rightful owners, all materials to their authors. If you are the owner of the content and do not want us to publish your materials, please contact us by email – [email protected]. The content will be deleted within 24 hours.
ChinaGuliyaMollivirusOld Ice Reveal
0
Share

How to watch the Tokyo Olympics