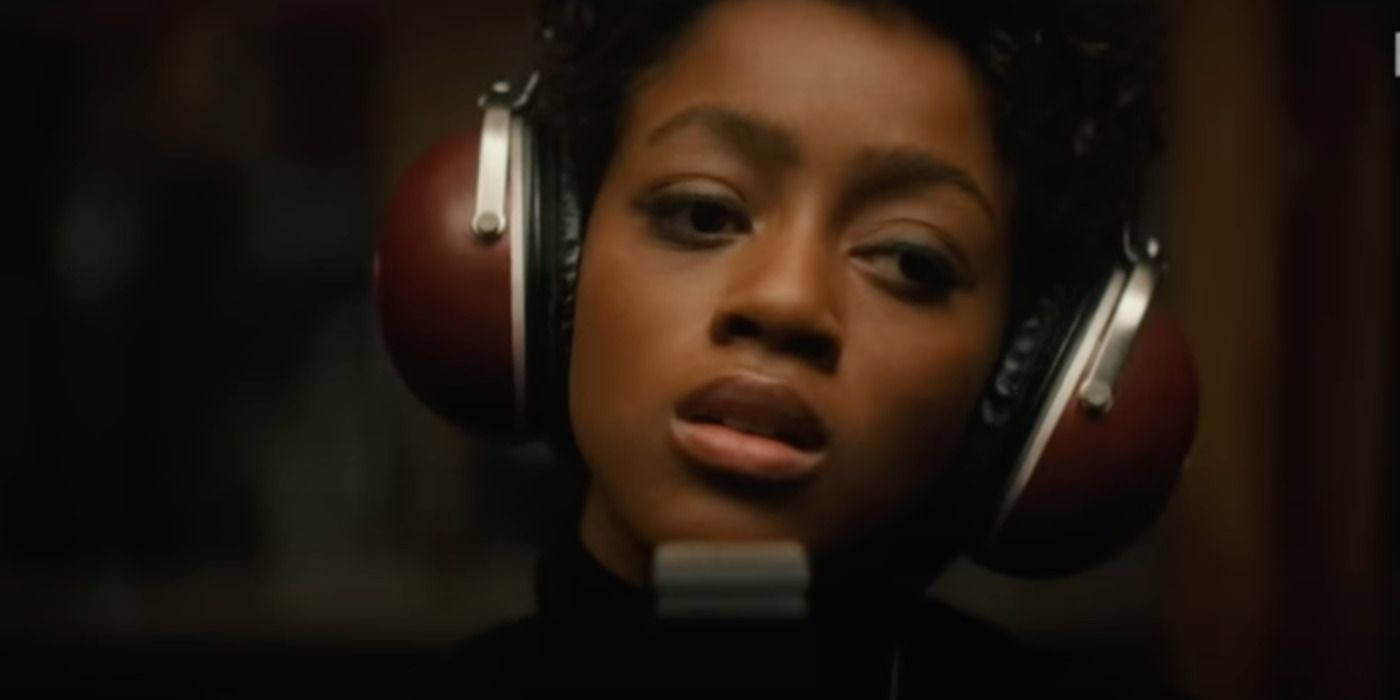 Netflix has recently dropped the trailer for its upcoming drama, Beauty, which provides audiences insight into what could be a potentially moving story about a singer’s rise to stardom. The trailer starts off with a family taking a picture of the main character (Gracie Marie Bradley) next to Sharon Stone as everyone claps for her. The footage then cut to a character asking Beauty what she is thinking about. “The future,” she responds. The trailer shows several shots of an empty record label room, the young woman sitting next to a pool, and laughing on the floor next to another character.

“I don’t know how to sing Black, white. I just know how to sing,” she says in a voice-over as the footage shows her at a recording booth singing. “Because that’s what I like to do,” she continues. The trailer then shows members of a church singing alongside her. The voice of her mother (Niecy Nash) is heard questioning the choice that she is making and claims stars are only built up just so they can be torn down. However, she confidently declines this statement.

Music begins to play over a montage of her both singing and crying and interacting with a potential love interest. As she rises to fame, her relationship with those closest to her are put to the test. “I am not sending her in the world to be eaten by wolves,” her mother says to Giancarlo Esposito (The Mandalorian). Smoking a cigar, he responds, “How do you know she’s not a wolf?” The trailer continues with a montage of her career as it concludes with her walking into what appears to be a stage.

RELATED: The Best Shows to Binge-Watch on Netflix Right Now

With stunning cinematography by Benoît Delhomme, the trailer effectively sets up the driving conflict that viewers will experience in the film between the young woman and her family as she rises to stardom.

The film is written by Lena Waithe, who previously wrote Queen & Slim, and is directed by Andrew Dosunmu, known for directing Mother of George, Restless City, and Where Is Kyra? With two talented filmmakers at the helm, Beauty is shaping up to be an emotionally engaging film to look out for on Netflix this summer.

The film will also be produced by Waithe and Michael Ellenberg and executive produced by Dosunmu, Carrie Fix, and Rishi Rajani. Beauty will feature the talents of Bradley, Nash, Esposito, Stone, Aleyse Shannon, Kyle Bary, and Micheal Ward.

Beauty will be available to exclusively on Netflix on June 29. Check out the synopsis and trailer below:

A gifted young Black woman struggles to maintain her voice and identity after she’s offered a lucrative recording contract, setting off a fierce battle between her family, the label, and her closest friend to determine who will guide her as she makes the journey to become a star.

The sun may have more carbon and nitrogen than previously thought

GPU price drops are coming bigger and faster – but be careful