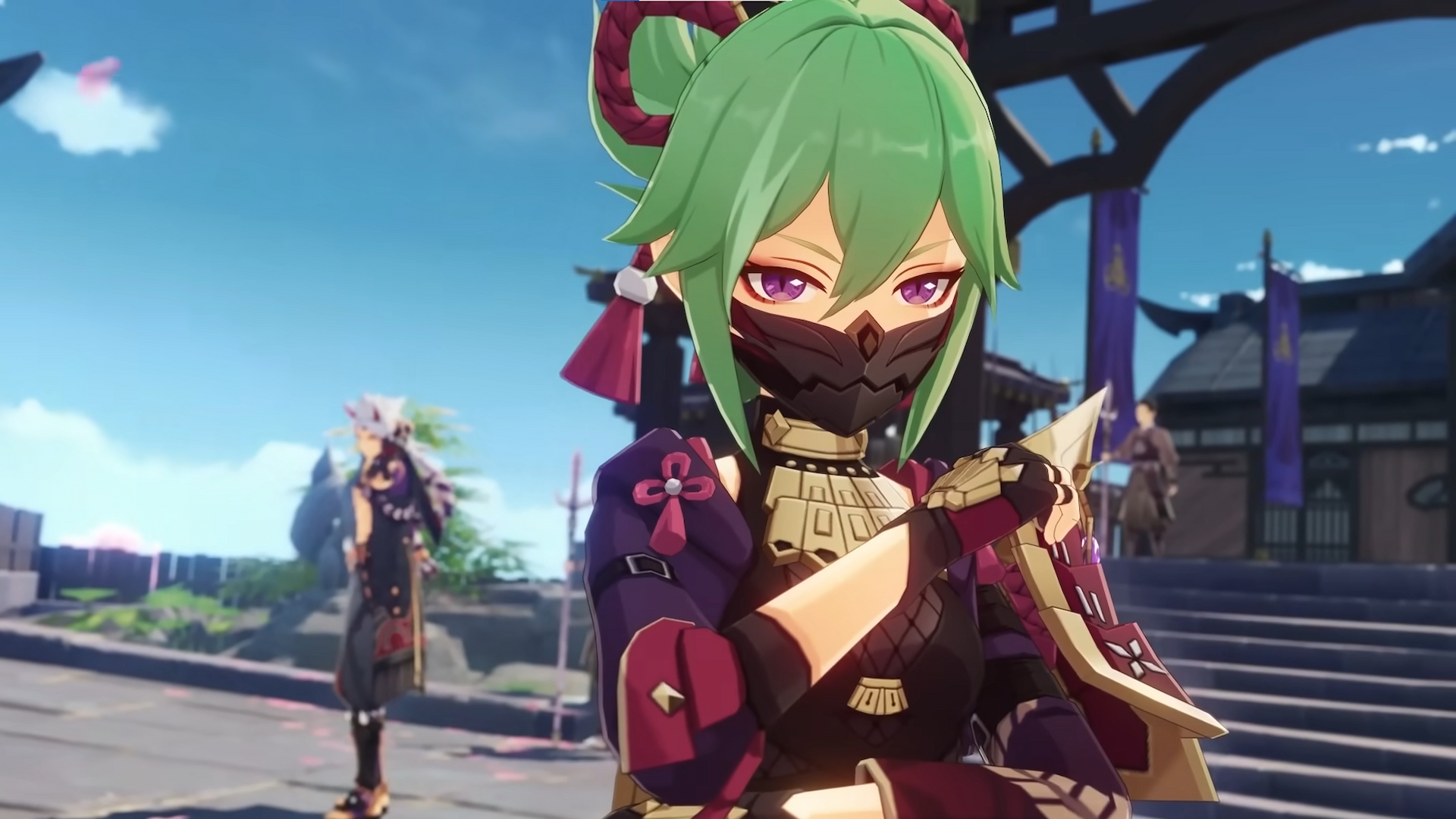 This new Genshin Impact leak lists the three four-star characters who will be joining Cyno and Venti in the first half of the anime RPG‘s version 3.1 banners. HoYoverse has already announced that Candace is joining the roster as a new four-star character, and now it seems that she’ll be joined by Kuki Shinobu and Sayu on the upcoming character banners.

For those unaware, Candace is a Hydro polearm user, Shinobu is an Electro sword wielder, and Sayu uses Anemo and claymores. We don’t know much about Candace just yet, but Shinobu is an off-field healer who scales with Elemental Mastery, so she may work well with Cyno‘s need to be on-field. Sayu is also an off-field healer, and her ability to shred resistances with Anemo will likely also complement Cyno’s play style.

The banner information comes from known Genshin leaker BLANK, who shared the list in a tweet. The weapon banner five-star options were also revealed, though this info was confirmed inside the Wangsheng Funeral Parlor Discord — a server known for leaks and general Genshin discussions.

It appears as though the Elegy of the End bow and Staff of Scarlet Sands polearm will be the two five-star weapons in the first half of Genshin Impact version 3.1. The former is a fantastic bow for Venti that provides Energy Recharge, while the latter is a new polearm that will likely be Cyno’s best-in-slot option, given the timing of its release.

As you can see, there’s a lot to pull for in the version 3.1 update. Be sure to take advantage of the free anniversary Primogems and various new in-game events that are on their way, especially since 3.1 is one week shorter than most other updates. You can even enter the upcoming quiz show for a potentially huge payout if you’re feeling lucky.