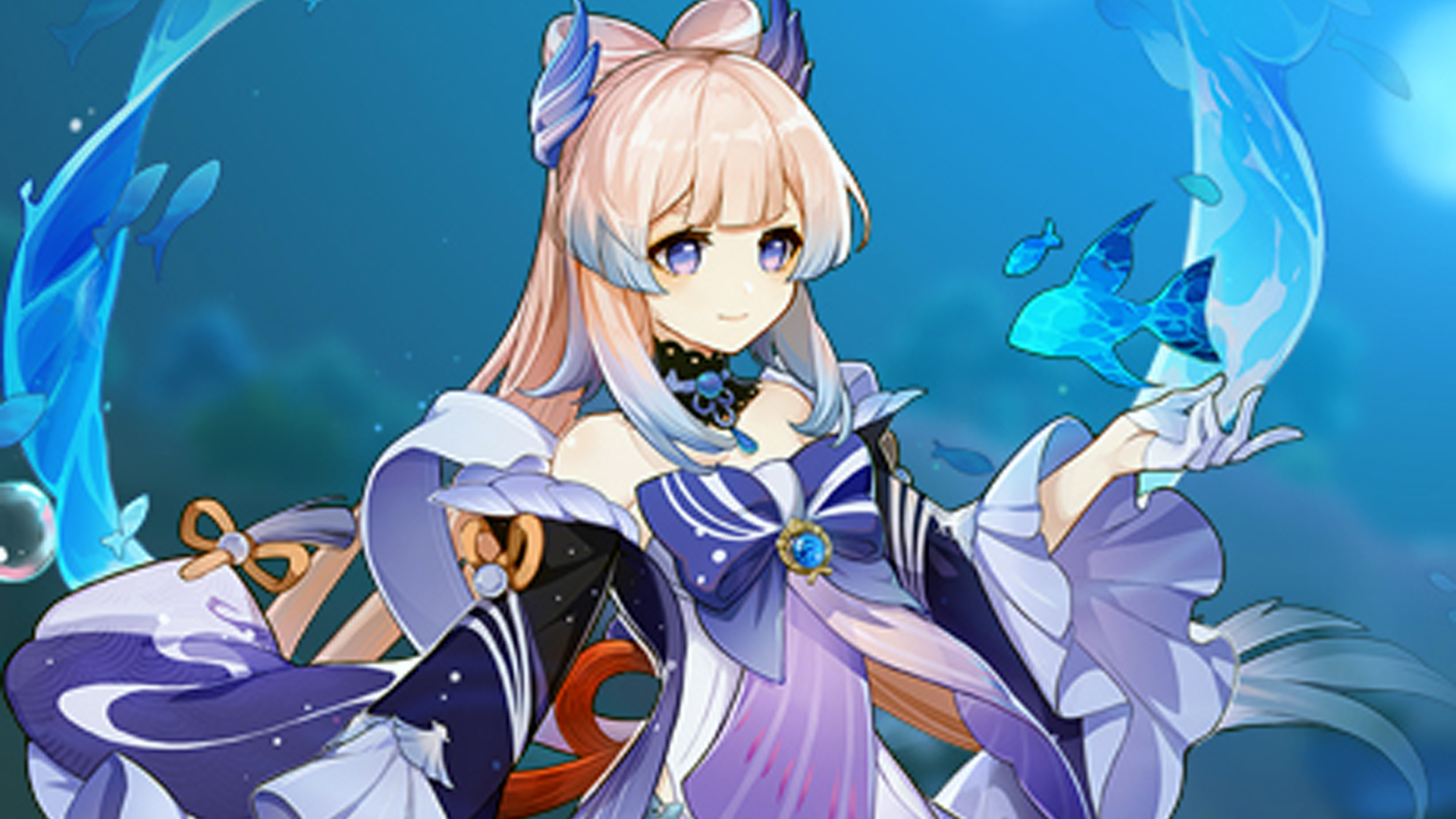 The exact release time for the Genshin Impact Kokomi banner has been revealed by developer Mihoyo for the new Genshin Hydro character’s release date of this Tuesday, September 21 – as well as all the details on their Drifting Luminescence tie-in event as part of the game’s 2.1 update.

The Genshin Impact Kokomi banner release time is 18:00 server time, which works out as to 3 PM PST / 6 PM EST North American time, and 5 PM BST for UK and European players. The event starts on September 21 and finishes on October 12 at 14:59 server time / 11:59 AM PST / 14:59 EST / 13:59 BST – the usual three weeks to get the new five-star character, ‘Pearl of Wisdom’ Sangonomiya Kokomi – and as usual they won’t be available in the standard Wanderlust Invocation.

Kokomi’s abilities have already been previously revealed along with a brief character teaser that Mihoyo released to introduce Kokomi into the story. The banner also includes big drop-rate boosts for four-star characters Beidou (Electro), Rosaria (Cryo), and Xingqiu (Hydro). Kokomi and all the rest can be tried out with fixed line-ups in the new Character Trial Event.

Sangonomiya Kokomi’s story quest Dracaena Somnolenta Chapter is unlockable after this time, although players will need to be level 40 and have completed both the Archon quest ‘Chapter II Act III: Omnipresence Over Mortals’ and Raiden Shogun’s story quest ‘Imperatrix Umbrosa Chapter Act 1’.

Hello, Travelers~ The “Spectral Secrets” event opens today, so be sure not to miss it!

For more information about Version 2.1, click the picture below for a quick overview.#GenshinImpact pic.twitter.com/qKYinaoGT0

The ‘Spectral Secrets’ event is starting right now and runs until September 26, although you’ll need to be level 30 and have completed both the Archon quest ‘Ritou Escape Plan’ and ‘Floating Spirits – The Investigation Begins’ to earn the events rewards – such as Primogems and useful items.

There’s always a lot going on in Genshin Impact, which is what makes it one of the best free-to-play games around on PC.