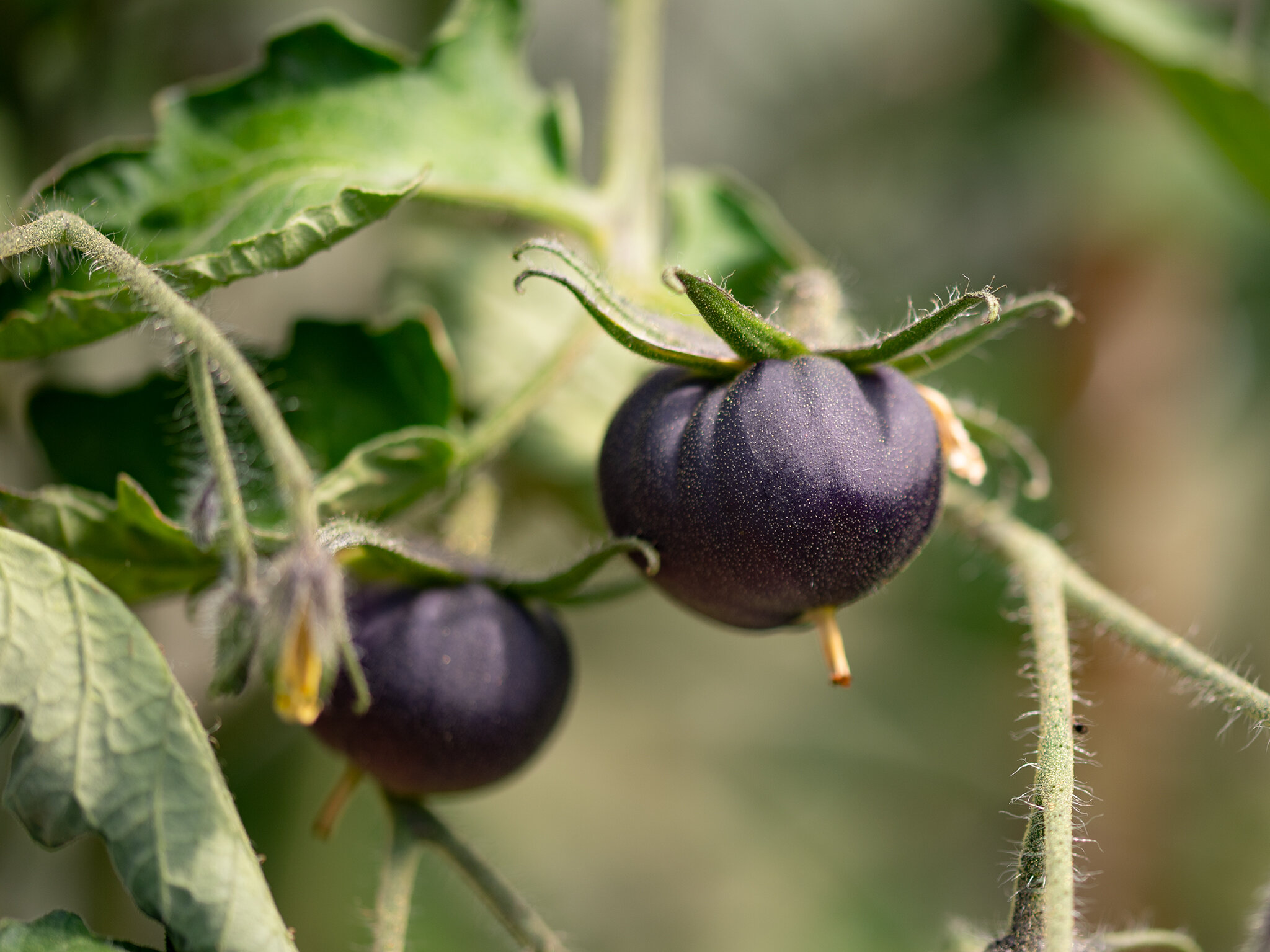 Some gardeners grow tomatoes in a rainbow of colors including red, yellow, orange, green and even burgundy.

The United States Department of Agriculture this month signed off on approval that will soon allow people in the U.S. to purchase seeds and grow genetically modified purple tomatoes.

And apparently, they are in high demand. And, they might be healthier.

On the Big Purple Tomato website, throngs of consumers said they want the tomatoes and the seeds once they become available in 2023.

According to a report from Norfolk Plant Sciences, who operates the aforementioned ‘mater website, purple tomatoes are high in anthocyanin, an antioxidant-rich pigment found in blackberries and blueberries.

The plant research institute, based in Norfolk, England, said the tomatoes may also mark a turning point for genetically modified foods nationwide. Their engineered trait is meant to entice the shopper, not the farmer—especially people interested in the veggie’s potential health benefits.

The USDA’s decision follows a near 15-year wait for John Innes Centre Professor Cathie Martin who developed the anthocyanin rich purple tomato in 2008 by engineering a precise genetic “on switch,” derived from an edible flower, the Sainsbury Laboratory, another UK-based plant research company, announced in a Sept. 9 release.

“This is fantastic, I never thought I would see this day. We are now one step closer to my dream of sharing healthy purple tomatoes with the many people excited to eat them,” Martin wrote in the release.

A Regulatory Status Review issued Sept. 7 states that the USDA Animal and Plant Health Inspection Service determined that Norfolk Plant Sciences modified tomato is “unlikely to pose an increased plant pest risk relative to its comparator, The Sainsbury Laboratory wrote in its release.

“This is a trait that is mainly for the consumer,” Bárbara Blanco-Ulate, a fruit biologist and professor at the University of California, Davis, told Wired. “People want food that is more nutritious and exciting.”

Chef Daniela Gerson, whose website Waves in the Kitchen features a slew of tomato-inclusive recipes, said on her website different pigments in tomatoes tend to produce different balances of sugars and acids.

An exact date they will hit grocery stores next year has not yet been released.

Gene-edited tomatoes could be a new source of vitamin D