The games industry is set on a continuous course for growth, according to the latest 2020 Global Games Market Report released today by Newzoo.

By the end of the year, the research firm reckons there’ll be 2.7 billion gamers globally, with the number set to surpass the three billion threshold in 2023. That amounts to +5.6% CAGR (Compound Annual Growth Rate) between 2015 and 2023.

This year, 2.5 billion of the players use mobile devices, 0.88 billion use consoles and 1.3 billion use PC as their preferred platform. 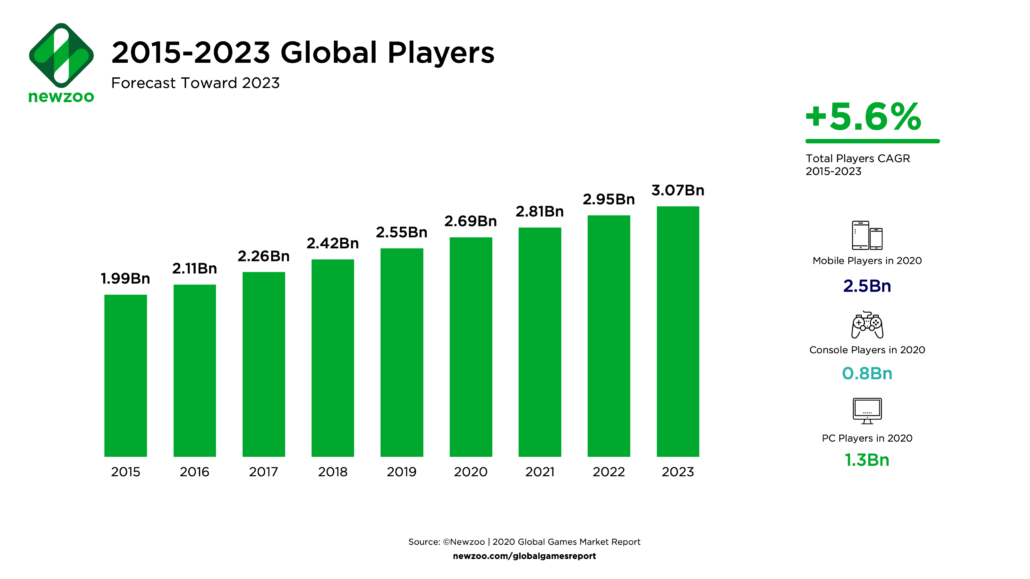 The report also provides a regional split, with 54% of global players residing in the Asia-Pacific region (+4.9% year-over-year). Middle-East & Africa and Europe are basically tied at 14%, though the former region is growing at over double rate, while America amounts to 18% with the bigger share going to Latin America (10%), which is also growing over twice as fast than North America. 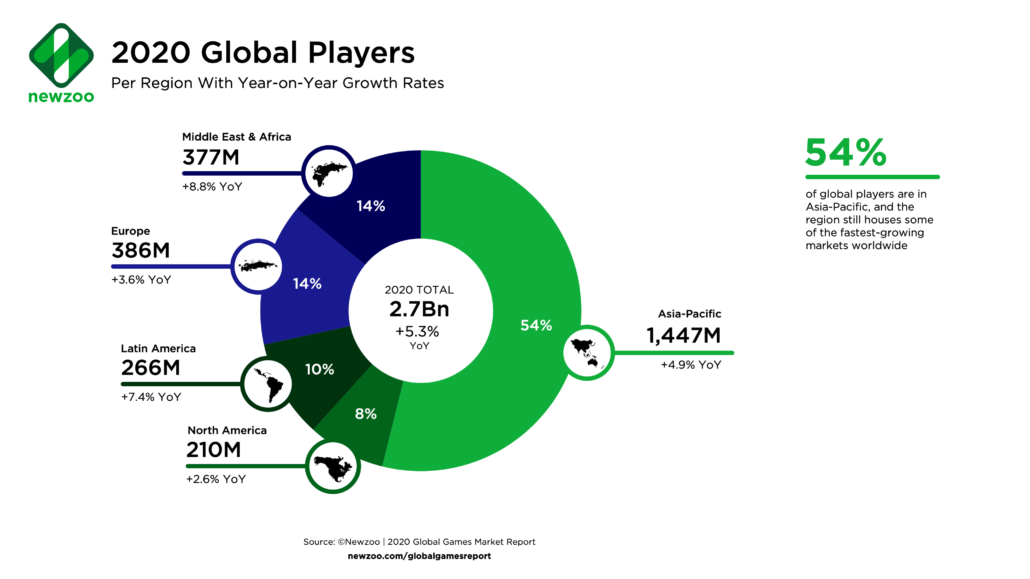 The global game revenue is also expected to grow even more than the player base. While we’re at $159.3 billion this year, Newzoo expects the games industry to break the $200 billion threshold in 2023 with a 9.6% CAGR between 2018 and 2023. This year, the market will register a 9.3% increase driven by the increased spending that occurred during the extended global lockdown caused by the COVID-19 pandemic. 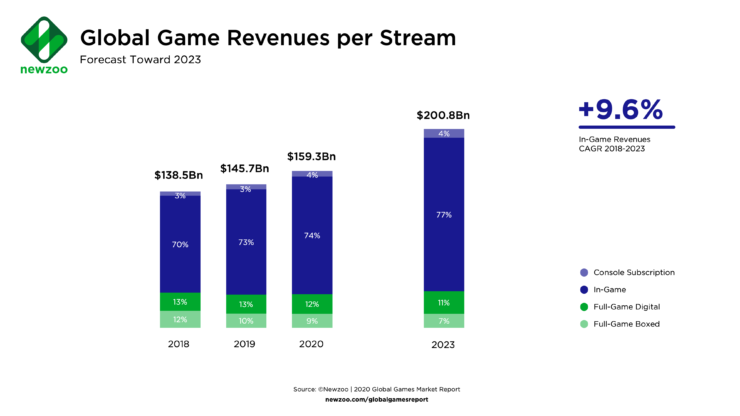 Subscription services on console (such as Xbox Game Pass, Xbox Live Gold, PlayStation Plus, EA Access, and the relatively new Nintendo Switch Online) are estimated to generate roughly $5.8 billion this year, or 13% of the console market and 4% of the total market. The percentage of subscription service revenue is expected to remain constant in the next there years, while full-game boxed revenues will go down by 2% and even full-game digital will see a slight drop by 1%, all in favor of in-game microtransactions revenue which will go up to 77% in 2023 with a three percent increase over this year’s 74%.