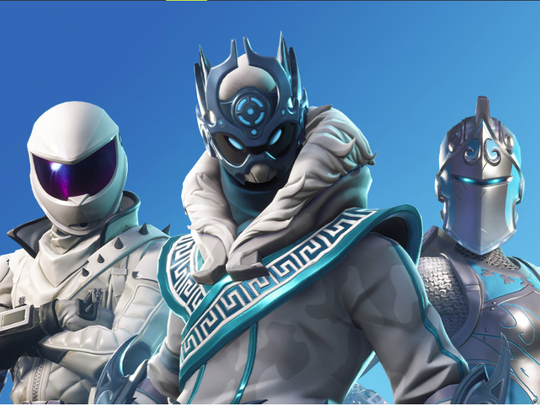 Is there a bigger battle royale brewing between Apple and Fortnite?

A search on the App Store by USA TODAY confirmed Fortnite is not available to download.

In a statement to USA TODAY, Apple confirmed Fortnite’s removal from the App Store for violating App Store guidelines.

“Epic enabled a feature in its app which was not reviewed or approved by Apple, and they did so with the express intent of violating the App Store guidelines regarding in-app payments that apply to every developer who sells digital goods or services,” said Apple in a statement.

The game remains available to download on Google Play as of Thursday afternoon.

In response, Epic Games revealed it filed a complaint for injunctive relief in U.S. District Court in California, claiming Apple has set “unreasonable restraints” over how it handles in-app payments.

“Apple has become what it once railed against: the behemoth seeking to control markets, block competition, and stifle innovation,” reads an excerpt from the complaint, which is embedded below. “Apple is bigger, more powerful, more entrenched, and more pernicious than the monopolists of yesteryear.”

Epic says in its complaint it wants the court to issue an injunction “prohibiting Apple’s anti-competitive conduct and mandating that Apple take all necessary steps to cease unlawful conduct and to restore competition.”

The payment system would allow mobile players to perform transactions on Fortnite without going through the App Store or Google Play. The publisher said mobile players get 20% discounts when paying directly to Epic.

“Currently, when using Apple and Google payment options, Apple and Google collect a 30% fee, and the up to 20% price drop does not apply,” reads a post from Epic Games published Thursday. “If Apple or Google lower their fees on payments in the future, Epic will pass along the savings to you.”

In its statement, Apple said it will work with Epic to help bring Fortnite back to the App Store.

“Epic agreed to the App Store terms and guidelines freely and we’re glad they’ve built such a successful business on the App Store,” reads Apple’s statement. “The fact that their business interests now lead them to push for a special arrangement does not change the fact that these guidelines create a level playing field for all developers and make the store safe for all users.”

A High Torque Gearbox You Can Print At Home

XCOM 2 Collection for iPhone and iPad goes on pre-order

Bloodstained: Ritual Of The Night Is Coming To Mobile