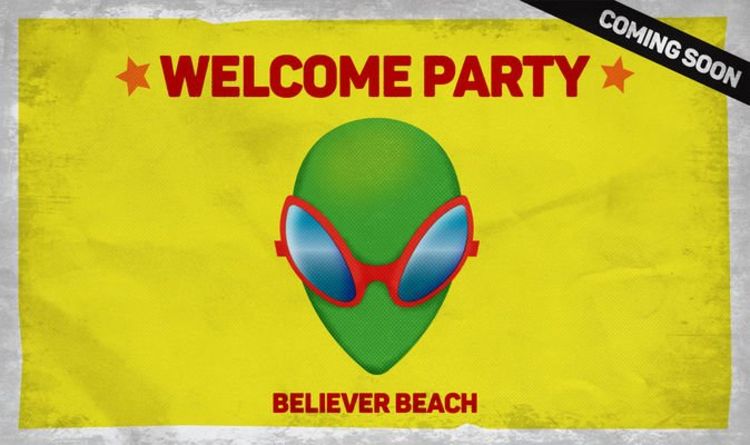 Gamers eager to join the Thanos Cup today have been warned that a much bigger Fortnite event will be kicking off on Believer Beach this week.

For anyone interested, the Thanos Cup will be going live today and will provide gamers with a chance of unlocking the Thanos skin.

This will also be released on the Epic Games Store, meaning everyone will be able to purchase it around June 26.

However, for those who want it early, today will be the day to try and score a Thanos outfit for free.

A message from Epic Games explains: “Three years after his LTM debut in Fortnite, Thanos arrives in the Item Shop for the very first time. Beginning at 8pm ET on June 26, 021, you can play as the Mad Titan himself, even equipping the Infinity Gauntlet Back Bling inspired by Marvel Studios’ Avengers: Endgame – completed with all six Infinity Stones.

“Before Thanos arrives in the Item Shop, players will have the opportunity to get his Outfit and Back Bling inspired by Marvel Studios’ Avengers: Endgame first by competing in the Thanos Cup on June 21!

“Grab your Duos partner and compete in up to 10 total matches in 3 hours to earn as many points as you can.

“The top-performing teams in each region will earn the Thanos Outfit and Back Bling inspired by Marvel Studios’ Avengers: Endgame. For anyone who earns 8 total points, you’ll receive the Thanos Watches! Spray. Note: It may take several days before prizing can be rewarded to all players.

But even though it will be a big deal to unlock Thanos as a skin in Fortnite, something bigger is on the horizon.

Epic Games has confirmed that a new Summer event is in the works and will be released this week after the usual maintenance.

We even know when it will be happening and where to go to experience what Epic Games has planned.

There’s a good chance of some map changes and some new Easter eggs to find around the island.

Epic Games has also confirmed that there will be new rewards to unlock and challenges to complete, with two weeks worth of stuff being planned.

A message from Epic Games adds: “YOU’RE INVITED. Save the Date! Event: Cosmic Summer Celebration. When: June 22 at 9AM ET.

“Where: Believer Beach Please reply YES or NO to this invitation.

“The festivities include new quests, new rewards, and a whole lot of fun with your friends. Looking forward to sharing more about this 2-week party, starting June 22nd.”

You want a new Silent Hill? Have a skateboard instead! Cowabunga, man!