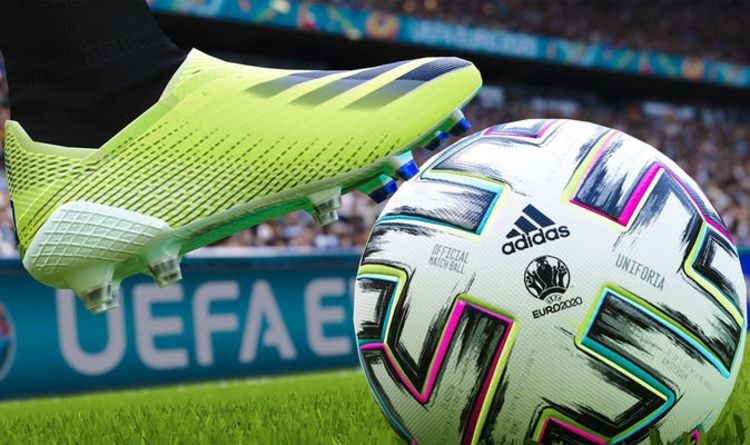 With very little fanfare or pomp, Konami has made it possible to start testing out PES 2022 this week.

Available now on PS4, PS5, Xbox One and Xbox Series X, the PES 2022 beta demo can be downloaded and played until July 8.

And as you might expect, this testing period is expected to include bugs, gameplay issues and other problems.

But it will also give footy fans their first taste of what PES 2022 will be like to play later this year.

The best part of the new PES beta demo is that you don’t have to sign up for anything or pre-order a future product.

Gamers won’t even need a PS Plus or Xbox Live Gold subscription to enjoy the game online with others, Konami has confirmed.

A message from Konami confirms: “KONAMI is proud to announce that a new football experience is on its way!

To prepare for its launch, we’ll be running an open beta prior to the game’s official launch. The purpose of this beta test is to evaluate the quality of the online matchmaking and connection to the servers.

“Please note that gameplay mechanics, balancing, animations and graphics are all under development and will be improved before the official launch.

“With all that out of the way, we would like to invite you to participate in this open beta, and we would greatly appreciate it if you could share with us your thoughts and feedback on your experience.”

Gamers will need to find the new PES 2022 beta demo on their chosen platform by searching the store.

This means using your console’s official store to find the “New Football Game Online Performance Test” and launch the game.

From what has been shared so far, the test supports cross-gen play between different consoles.

This appears to be limited to Xbox gamers playing with Xbox Series X owners and the same on the PlayStation platform.

There is no word on whether more options will be added before the end date in July but the current playable teams are Manchester United, Bayern Munich, Juventus and Barcelona.

Commenting on the new beta, Konami posted this new message to fans, revealing: “The chief goal of the New Football Game Online Performance Test is to assess the stability and connection quality of our servers during online matches.

“For more details on the official release and the game itself, keep tuned for our announcement planned for 21/07/2021.

The full rundown of features and options coming with the PES 2022 beta includes the following:

The Science Behind Grilling the Perfect Steak | Innovation