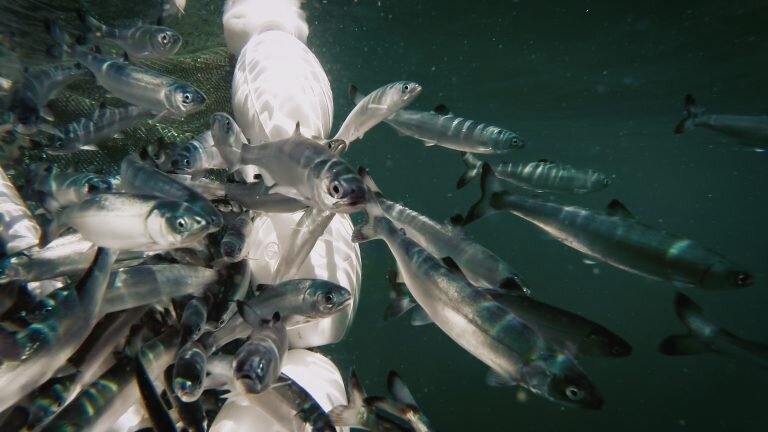 The quality of food that sockeye salmon eat along their migration routes is more important than quantity to their growth and condition, a new study has found, highlighting concerns about the effects of climate change on ocean conditions and salmon. The work is published in FACETS.

Researchers at the University of British Columbia’s Institute for the Oceans and Fisheries (IOF), the Department of Fisheries and Oceans (DFO), University of Toronto, Dalhousie University, and the Hakai Institute examined juvenile sockeye salmon from three locations along their migration route in coastal British Columbia. In 2015 and 2016, the body condition and nutritional health of juvenile sockeye was sampled in the northern Strait of Georgia, the highly tidally mixed Johnstone Strait, and Queen Charlotte Strait.

“We measured the fatty acids in the sockeye salmon tissues, specifically looking at stored fatty acids that are important for mobilizing energy during periods of starvation, such as what these salmon face in Johnstone Strait,” said lead author Dr. Jessica Garzke, an IOF postdoctoral fellow. “We found that short term changes in health differed between years but were not related to zooplankton biomass, abundance, average size, or species composition. Rather it was the quality of the zooplankton that played an important role.”

Leaving the generally productive and good foraging area of the Strait of Georgia for the typically food-poor conditions of the Johnstone Strait has a powerful impact on the young salmon. When juvenile sockeye salmon entered Johnstone Strait in 2015, they were generally in good body and nutritional condition, and able to use stored energy resources to manage traversing this section, where prey availability was low, to get to Queen Charlotte Strait. In 2016, however, juvenile sockeye salmon entered Johnstone Strait with poor body and nutritional condition, and they struggled to regain condition when they reached Queen Charlotte Strait.

“It was clear from our study that differences in juvenile salmon condition between the two years were due to changes in the food quality available to the fish, more than any other factor. Incorporation of food quality measurements in addition to analysis of quantity of prey is vital to understanding changes in fish condition and survival between years,” Dr. Garzke said.

Understanding how diet affects the salmon’s growth and health during the early part of their lives could help researchers understand the long-term population trends of the species including their decline, says Dr. Garzke. Sockeye salmon are an iconic species in British Columbia, important both commercially and culturally, and are in decline.

An Overwatch 2 Tracer Skin Is Being Given Away by McDonalds